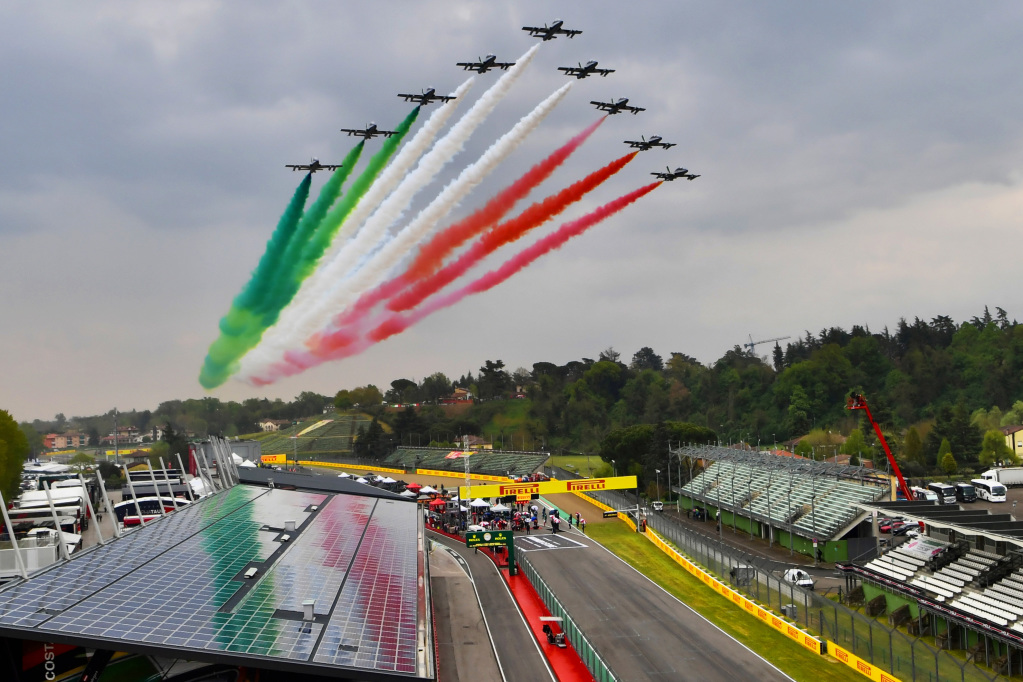 Imola Travel Guide: Things to do and how to get to the Emilia Romagna Grand Prix

Imola is back on the Formula 1 calendar, with its inclusion on the 2022 race schedule hinting at a more permanent fixture for seasons to come.

Following two epic races behind closed doors in 2020 and 2021, it’s expected that fans will be able to flock back to the Emilia Romagna region to see the race upon its 2022 return.

How to get to the Autodromo Enzo e Dino Ferrari?

The closest airport to Imola is Aeroporto di Bologna, with flights from over 100 destinations worldwide. Major European airports that fly to Bologna include Amsterdam, Berlin, Barcelona, London, Manchester and Paris. From London, flights are operated by British Airways from Heathrow, and cheap flights can often be picked up with Ryanair from Luton and Stansted.

From the airport, the circuit is incredibly easy to get to, and you can be at the track within 90 minutes of leaving the airport. The Marconi Express train will take you to the Centre of Bologna in 7 minutes. A Bologna Centrale, several trains will get you to the town of Imola direct in around 20 minutes. Once in Imola, the 2 bus from Imola Stazione will take you to Via Dante in 17 minutes. The circuit is then a 10-minute walk from the bus stop. Alternatively, you can walk through Imola town centre (where you may be staying) to the circuit in half an hour.

If you are flying to the race from outside Europe, your journey may be slightly longer as you will need a connection to Bologna. This could be a flight from one of the European airports serving Bologna, or you could opt for the cheaper and more efficient train. From Rome, a two-hour service from Rome Termini will get you to Bologna Centrale for around €60.

What are the best things to do in Imola?

Imola is best-known as the home of the circuit, so its motorsport heritage is a rich one. It has hosted the San Marino Grand Prix (despite being 100km north of San Marino) 26 times, as well as World Superbike, Motorcross and World Touring Car Championship races. Of course, the fateful race weekend in 1994 that saw Ayrton Senna and Roland Ratzenberger lose their lives rocked the town, and motorsport fans from across the world will visit the Senna monument by the track. There is also a museum by the racetrack that is dedicated to some of the cars that have raced at the circuit, and includes an exhibition on the Brazilian champion.

Elsewhere in the town, tourists visit Palazzo Tozzoni which was built in the 18th century as a noble residence. It was donated and opened to the public in 1981 as per the will of the Tozzoni family, and has been perfectly preserved ever since.

What is there to do in Bologna?

Nearby Bologna is the capital of the Emilia-Romagna region, so naturally, there is more to get stuck into there. Atop the Colle or Monte della Guardia sits the Sanctuary of the Madonna of San Luca – a church some 300m above the city. If you’re an adventurer and need to stretch your legs, the views at the top are a breathtaking reward for the trek up the hill. Alternatively, you can take a short train for €10 and save your energy for the race.

The Piazza Maggiore is a traditional Italian town square, and a fine place to meet for food or drinks. At the heart of Bologna, it’s the perfect place to chill out and chow down on the world-famous traditional dish of the region, authentic Spaghetti Bolognese.

Emilia Romagna is also home to the Motor Valley, where the world’s biggest motoring brands build their cars. From Ferrari to Maserati, Lamborghini to Ducati, fans can take to the road and explore the factories of the biggest car brands in the world. From Bologna, you can spend a day with Ferrari. Tours will take you to the factory in Maranello, you’ll have lunch in the town, explore the museums and tour the factory of the F1 team – a unique insight into the sport’s most iconic brand.

Where are the best places to eat and drink in Imola?

Let’s face it: no one is heading to Emilia Romagna and not gorging out on pizza and pasta. But if you’re only in town for a few days, which restaurants should be at the top of your reservation list?

The town is packed with small trattorias where you can pick up some great food. La Sterlina is rated one of the best, serving up indulgent meats and delicate pasta dishes at great value. If you’re after pizza, Ristorante Pizzeria Donatello specialises in pizzas and seafood, and is a must if you’re in the town. For finer dining, San Domenico holds two Michelin stars and has been serving heavenly seafood dishes for over 50 years. A fine place to celebrate if the result goes your way on race day.

Where should I stay on a visit to Imola?

There are lots of affordable hotel options in Imola within walking distance of the circuit. On a normal weekend, you could book a double room in a hotel for approximately £60-70.

However, for a truly unique experience, check out Hotel Rivazza which is based within the circuit grounds. There’s a view of the start-finish straight from behind a grandstand from the front garden, so a great place to keep abreast of all the action. You’ll still need a ticket to access grandstands, general admission zones and amenities on a race weekend, but nothing will get you closer to the action.

Alternatively, there are rooms available with Airbnb ranging from £20 per night for a private room to £200 for 3 bedroom apartments.