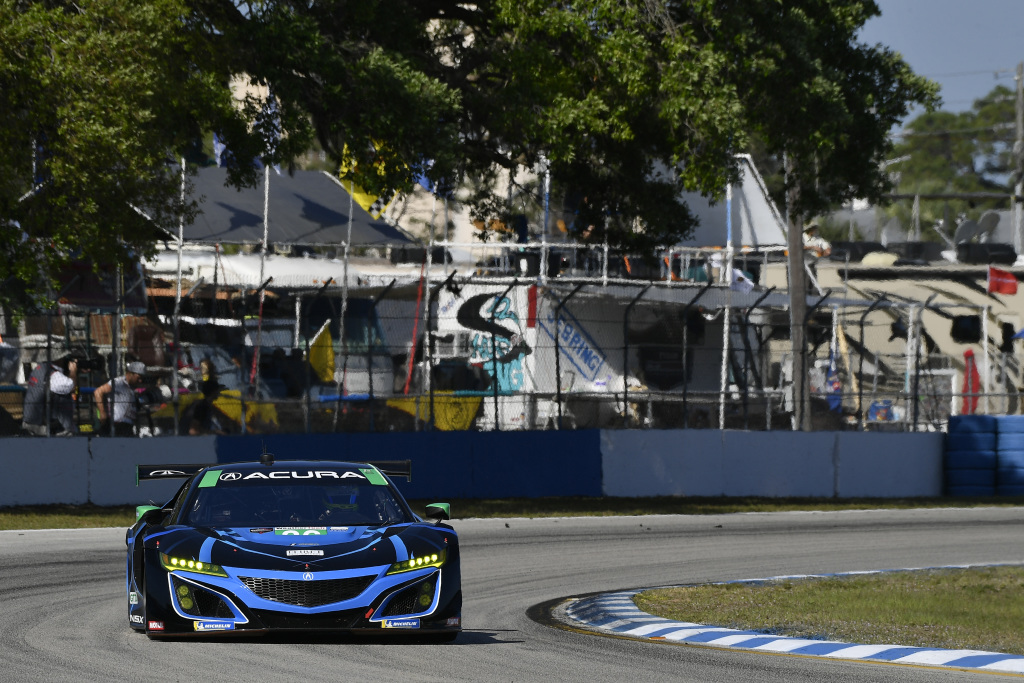 Why LMDh Is The “Right Formula” For WEC Manufacturers

New rules brings new challenges, but also new opportunities. LMDh is on the horizon in IMSA and set to replace DPi as the premier class; the next three years are colossally important. They will lay the foundations for the medium-term future of sportscar racing in North America and see it take steps towards the normalisation of hybrid technology in the marketplace.

When the members of the world’s motorsport media gathered in Daytona for the ACO-IMSA convergence press conference last January, the talk of a sizeable grid of manufacturers from both the Le Mans Hypercar and LMDh ranks lining up at Sebring, Le Mans, Daytona and Road Atlanta for major sportscar races in 2023 seemed almost too good to be true.

But, IMSA’s 2021 season is already underway and following a swathe of announcements from major OEMs, the LMDh formula feels like it’s creeping upon us. Before we know it, it’s going to be 2023 and we will be at the dawn of a new era, with new cars, new tech, new teams and new manufacturers all gunning for glory in North America’s top sportscar championship (and the FIA WEC).

With multiple manufacturers already signed up to LMDh (Porsche, Audi and Acura), it is looking increasingly likely to become a smash hit for the manufacturers invested, teams, drivers, sponsors, partners, industry stakeholders and crucially, fans. Couple that with major changes coming in IMSA’s premier GT category next year and we’re looking at the prospect of a golden age for sportscar racing globally, as well as regionally in the USA and Canada.

Thus, there have been plenty of movers and shakers in the IMSA paddock, with many teams eyeing a seat at the table when the new formula arrives. Ganassi for instance has returned to IMSA to compete with Cadillac, taking Wayne Taylor Racing’s spot. Another team back in the top class is Meyer Shank Racing, which is competing with Acura after representing it in the GTD ranks in recent seasons.

This move was made possible when Penske’s deal to race with Acura as a factory with the ARX-05 exclusively ended at the end of last year. Gone is Penske, in are Meyer Shank and Cadillac stalwart Wayne Taylor Racing as the new outfits running the factory programme.

Turning away from Roger Penske’s team, and its phenomenal track record, was a bold move from Acura. However it appears to have paid off already, with Wayne Taylor’s crew delivering a long-sought-after Rolex 24 win in its debut with the brand back in January despite, as Michael Shank (of Meyer Shank Racing) stressed, “the Cadillacs being the fastest and setting all the fast lap times” during the race.

While neither Wayne Taylor Racing or Meyer Shank Racing are likely to announce anything formally any time soon, they will no doubt envisage themselves competing with Acura in LMDh going forward. Nothing is set in stone, but both teams are aspirational and have pedigree at the top in IMSA.

Mike Shank spoke to Travel Destinations at length recently and sung LMDh’s praises as a formula.

“LMDh, to me represents the future for the next whatever it is, six or seven years, something like that, and I believe it will jumpstart prototype racing across the globe,” he said.

“I think it’s the right formula for the manufacturers, which will drive this ultimately. And I’m very hopeful that we can be a part of that. Things like Hybrid technology may not have been a priority for us all a few years ago in IMSA, but it’s the priority now. There’s a lot of change coming.”

A huge plus point is the ability to compete at Le Mans with an LMDh chassis, something that wasn’t possible with DPi. While it remains to be seen how well LMDh and Le Mans Hypercars are balanced in practice, the prospect of manufacturers from both formulas coming together and competing on level terms is something that all parties want.

“And it shows just how far the relationship between the ACO and IMSA has come. For years there was separation, now everyone has come together and it’s really grown the interest of the 100 year anniversary of Le Mans,” Tom Kristensen, nine-time Le Mans winner, added in conversation with Travel Destinations.

There will always be arguments concerning favouritism to specific formulas. It has already been argued that the ACO and FIA – in an ideal world – wouldn’t want an LMDh beating a more expensive Le Mans Hypercar at La Sarthe. But competition is always king. If the racing is good, then convergence will be lauded a success by everyone involved, and manufacturers won’t care too much about whether they are spending more than their competitors to achieve success.

“The idea of us being able to run Le Mans with our sponsors and partners is amazing. Can you imagine how excited I am that we get to go back at the top level for overall? This, this is huge,” Shank continued.

“Le Mans (and Daytona) with a big top class is going to happen. I think we’re headed to you know, five manufacturers (in IMSA) from what I can see. From what I can hear it’s ‘at least’ five, and if you have five, it’s a pretty good start. That’s just in IMSA.”

Le Mans Hypercars, by their very nature, will prove more expensive to design, manufacturer and race than LMDh cars (though the difference in cost isn’t clear yet, you can get very different answers depending on who you ask!). The rules allow for teams to create their own chassis and hybrid system from the ground up, whereas in LMDh, manufacturers must use an existing LMP2 chassis and spec hybrid system as the base for their car.

There are pros and cons, but the most important thing is that is caters to a wide variety of manufacturers. Want to get involved at a smaller cost and still compete for big wins? You can. Want to spend money on developing your own chassis and hybrid technology, and race around the world against other major OEMs? You can do that also. This is why we are seeing two camps form. Audi, Porsche and Acura have happily chosen the LMDh route in the knowledge that Toyota, Peugeot and Ferrari’s chassis are likely to be more sophisticated because their route is more cost-efficient and boardroom friendly. It’s all a tradeoff.

Better still, there are strong rumours that more manufacturers are expected to sign up soon. And there’s a belief that it’s not just major OEMs that are interested. Mike Shank told Travel Destinations that he knows of private teams that are interested in pursuing their own LMDh programmes too.

“I’m not going to tell you who it is,” he said. “But I’ve actually heard of a couple of privateer efforts and LMDh that are fairly serious. (Similar to ESM, when they kind of did their own (bespoke Nissan DPi based on a Ligier JS P217 chassis). And I think those people are saying they’re capable of doing it.

“I think we’re going to have a nice mix, and it’ll just get tougher. It will just get even harder than DPI, but, you know, I look forward to seeing how it pans out.”

But before 2023 arrives IMSA must remain stable, and changes to the class system are being put in place to ensure this. By allowing LMP3 cars to compete in their own class and adopting (a GT3-based) GTD Pro category for 2022 to replace the GTLM class (that is struggling for numbers in the wake of Ford and Porsche’s withdrawals), the entry numbers for most races should be healthy going forward.

“GTD Pro is the right solution, it remains to be seen how big it gets, but Chevrolet and BMW should be there, and Porsche can come back pretty quickly. I think there will be takers from factories and private teams,” said Shank when asked about the potential of GTD Pro.

And upfront in the DPi ranks, there is still plenty of action to keep fans entertained before the cavalry arrives in two years. While Mazda has scaled back its effort to a single car for this season, before a full exit next year, the Acura – Cadillac battle will continue to rage for another year before the new category debuts.

“We’re all focused hard on the championship,” Shank said when asked about the intensity of competition in IMSA’s current top class. “The level is still so high in DPi and the racing should be close everywhere we go. It’s really tough competition that makes for exciting racing.”

Do you want travel to an IMSA race in the future, or attend the Le Mans 24 Hours? Then give Travel Destinations a call on 01707 329988 or email info@traveldestinations.co.uk to make a booking or find out more.