The trophy wall tells it's own story; four double Formula One™ World Championships, 4,300+ championship points, 50+ Grands Prix victories and counting – and all in a compressed time frame, quicker than anyone else. As Red Bull Racing embark on a new chapter in their story, powered by Honda, they invite you to join us on a journey through the beating heart of the operation.

Formula One™ is a secretive world and secrets are closely guarded: very few people get to see what goes on behind the mirrored glass walls of the Aston Martin Red Bull Racing factory. You can be one of those few. In limited numbers, Red Bull Racing are offering a truly incredible opportunity to go behind the scenes and tour the factory, witnessing the evolution of a Formula One™ car as it travels from concept to final assembly. The process operates like clockwork – it has to. The tour is designed to present the inner workings of the machine, taking in the various developmental stages, all the way to the point where thousands of components are brought together in the race bays to create the Aston Martin Red Bull Racing RB15.

Where do cars go when the season finishes? Until recently the answer to that question was rather depressing: most retired models were embalmed in plastic and stacked on shelves. Today, however, Red Bull Racing do something rather more spectacular. MK-7 houses the RB1 through to the RB13, showcasing engineering evolution over the years but also the continuity of design that is threaded through our heritage. Looking at the cars side-by-side is a brilliant way to see how F1™ design has evolved over 15 years in the sport. The cars on display aren’t mock-ups: they’re the genuine article with real grand prix provenance, presented in an appropriate livery and racing specification, and all with stories to tell. They chart the history of the team and give guests a really close look at some all-time F1™ classics. The tour begins at the very end, with the finished product in MK-7, as you get up close and personal with the work, you’ll be provided with light refreshments and have the chance to meet your Aston Martin Red Bull Racing host for the day, and chat with the rest of your tour group. 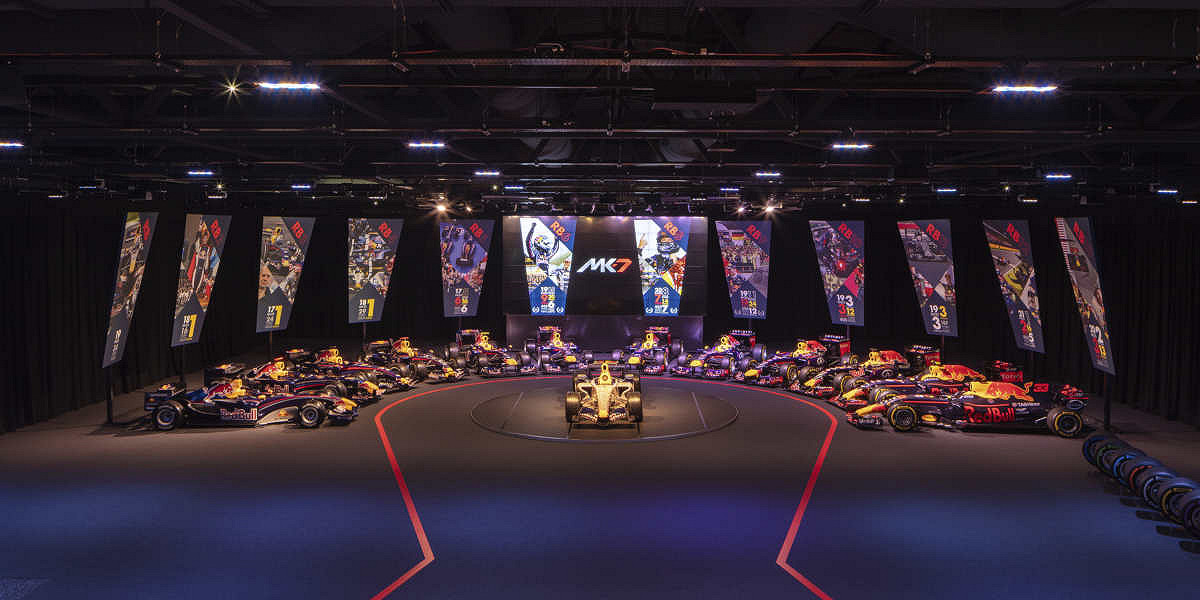 The Red Bull Racing factory is at the cutting edge of engineering, though Formula One™ has room for art as well as science. While computer simulation has an ever-increasing significance in the sport, teams still rely on wind tunnel data to fine-tune aerodynamic designs. The wind tunnel relies on 60 per cent scale models, lovingly produced in the Red Bull Racing model shop. The model makers prepare everything from tiny component details up to full car replicas. These are, quite simply, the best model cars you will ever see – but don’t be offended if the staff hastily throw a sheet over anything that’s classified above top secret.

Power Unit aside, nearly everything on the RB15 is manufactured in Red Bull Racing's own machine shops and composites facilities. These workshops operate around the clock, turning out an endless stream of new components, destined for the race bays or, in a real emergency, directly to an airport and onwards to the far-flung corner of the world where the race team is waiting for it. Everything from the smallest machined screw to a full carbon composite monocoque can be manufactured by the skilled team of machinists and fabricators. They win races just as surely as precision overtaking or brilliant pitstop work – because the constant design cycle is worthless if the parts can’t be manufactured at the same pace. 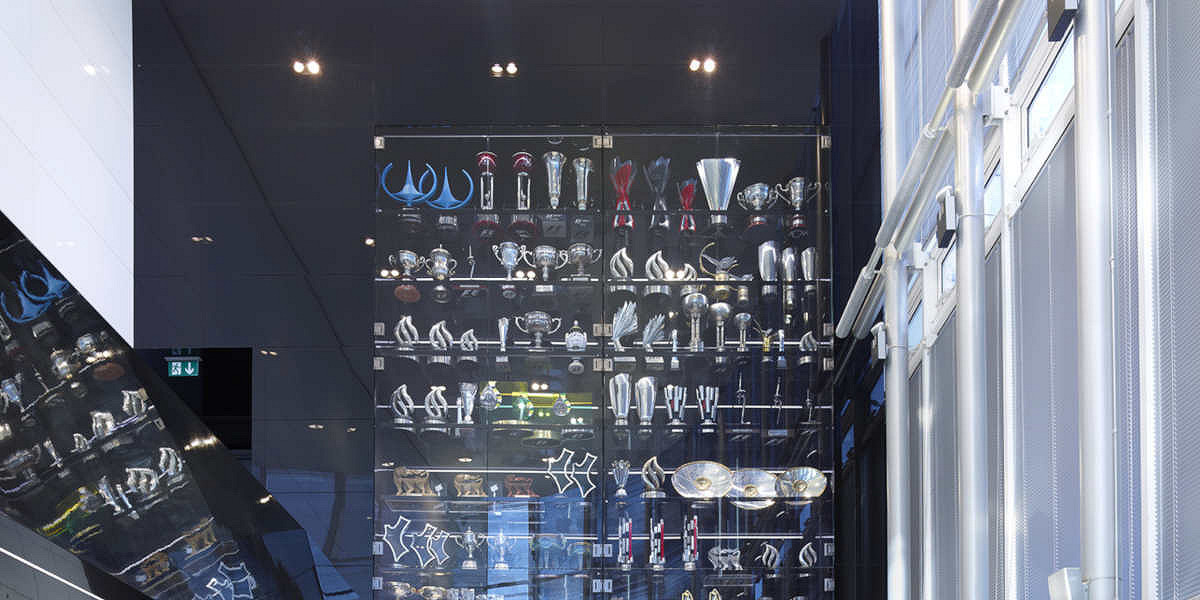 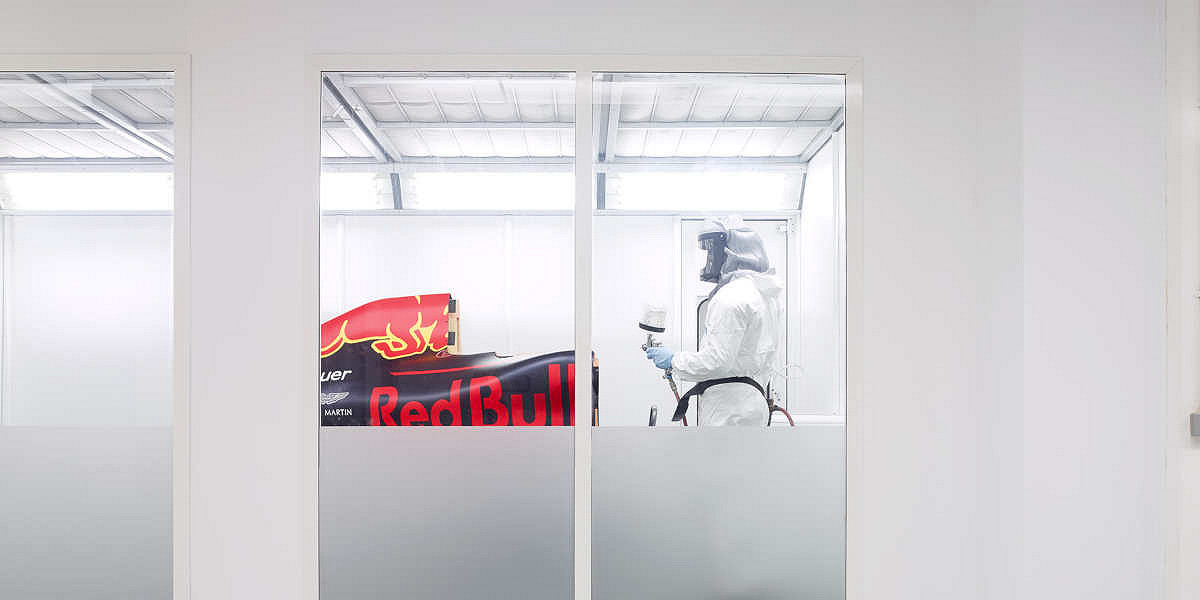 In common with military vehicles and very much unlike anything parked outside a supermarket, an F1™ car is designed to be repaired at high speed in a labour-intensive operation. In a job where the clock is always ticking, the car is constructed, where possible, from hundreds of sub-assemblies rather than thousands of component parts. The sub-assembly workshop builds up items such as steering columns, suspension uprights and brake hubs, ready for installation in the factory’s race bays or in the garage by trackside mechanics.

The final tour stop is the bit everyone looks forward to. Depending on the timing of your visit, the race bays may have Max and Alex's RB15s on the floor, either being stripped after the previous race or prepped for the next. If the race team are otherwise engaged, there’s every chance of seeing a spare chassis in build – but even if the RB15s are out, the race bays never rest: there will be one or more of the Live Demo cars preparing for its next outing, or the race crew using a mock-up of the pitbox and a mule vehicle for pitstop practice. At the end of the tour, you’ll receive a special memento of your day at Aston Martin Red Bull Racing – but we like to think you’ll also depart with a deeper understanding of the massive undertaking that is getting a car onto the starting grid of a Grand Prix.…and getting it home again with a trophy. 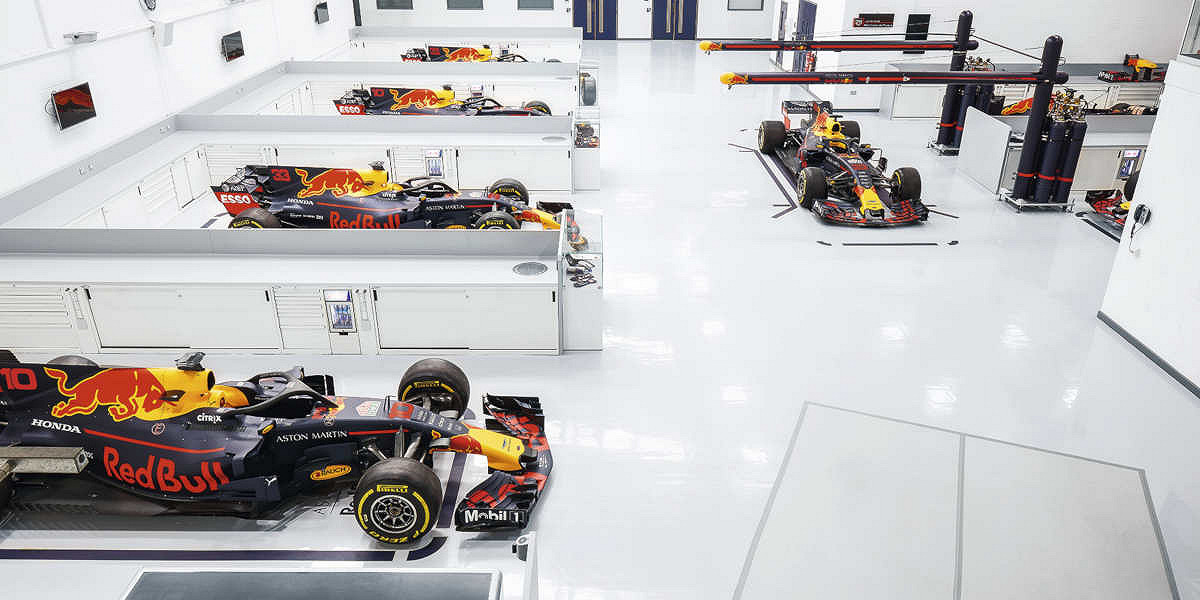 Please note that this tour has a minimum age requirement of 12 years old.