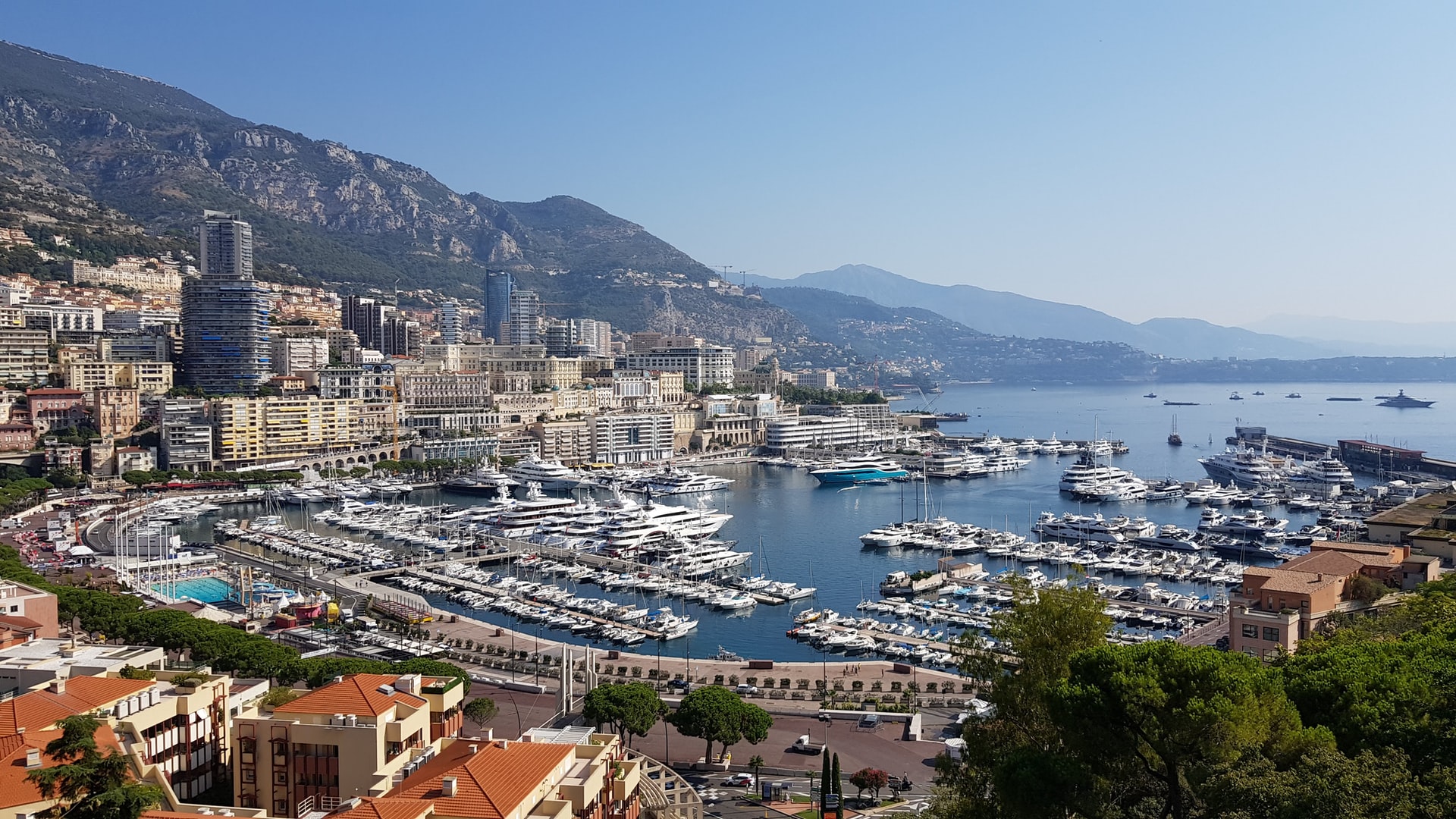 Monaco Grand Prix: 10 things to do around Monaco on race weekend

Heading to the Monaco Grand Prix? Here are ten attractions and things you can do in and around Monte Carlo on race weekend.

Every year, the Monaco Grand Prix turns the eyes of the world on this small principality. Everyone knows it as the glamorous home of the race, but this tiny country has tonnes to offer.

For any race, what you can do beyond the race can be just as important as what happens on track. And that couldn’t be more true at Monaco. As celebrities descend on the city to see the race (and be seen on the grid), Monaco’s after parties have gone down in F1 folklore.

Check out our best Monegasque picks, and book tickets to the Monaco Grand Prix to experience this small but exciting country.

10 things to see and do during Monaco Grand Prix weekend

The Cars Collection of H.S.H. the Prince of Monaco

There’s many a motorsport fan who believes the modern machines of today are a far cry from the beasts of yesteryear. Lucky for you, car collector Prince Rainier III might have seen that coming. He began collecting cars in the 1950s, and has built an extraordinary number of cars. After the palace’s garage became too small, he moved it to its own exhibition, and opened it to the public in 1993.

Over 100 cars are on display at the exhibit, including some stunning machines from the 50s and 60s, experimental race cars from the 1920s, and a strong collection of technical F1 and other racing cars too. What’s more, it’s incredibly affordable with tickets just 8€ for adults.

Las Vegas might be the casino capital of the world, but Monaco is surely the classiest casino on the planet. Built in 1863, the complex consists of the famous casino, the Opéra de Monte-Carlo, and the office of Les Ballets de Monte-Carlo. If you’re feeling fancy on race weekend, pack a tux and explore the magnificent grand rooms which feature in two James Bond films (Never Say Never Again and GoldenEye) and Ocean’s Twelve.

The casino is also a key location on the Grand Prix circuit. Turn 4 overlooks the casino square, and grandstand B is the perfect place to watch the race with an awesome backdrop.

The harbour at Monte Carlo is one of the most famous in the entire world. Over the past century, it’s become an icon with motor racing. But the story of what’s beyond the harbour in the Mediterranean and beyond is told at this extraordinary museum. Not only are there jaw-dropping aquariums including The Shark Lagoon and incredible fluorescent corals, but areas dedicated to the ships that have passed through Monaco, and astonishing Whale skeletons including one over 18m long.

Compare your foot size with Pele

Motorsport isn’t the only sport Monaco loves. It has an illustrious footballing history, too. AS Monaco are a top-flight team that play matches at the Stade Louis II stadium, which hosted UEFA Super Cup matches from 1998 to 2012. Monaco also hosts the Champions League draw and associated ceremonies.

The Monarchy of Monaco also get involved, and since 2003 it has awarded the Golden Foot award. The award is given to an active played over the age of 28, and the public vote for the winner from a list drawn up from a panel of journalists. Winners can only win once, and the they leave a mould of their footprints on The Champions Promenade along the Monaco seafront.

Past winners you can compare your shoe size to include Roberto Carlos, Ronaldinho, Didier Drogba, Luka Modric, Edinson Cavani and Cristiano Ronaldo.

Legends of the past are also recognised, with George Best, Diego Maradona, David Trezeguet and Pele amongst those on the promenade.

Take a stroll around Larvotto

If you need to unwind and recharge on the free Friday (and have some spare time between the support races of course), Larvotto Beach is the place to do it. This is the last Monegasque beach that remains open to the public. It also runs alongside Avenue Princess Grace – formerly the most expensive street to live on in the world. Shirley Bassey has been resident there before.

Party at the Amber Lounge

A huge part of the Monaco experience has always been letting your hair down, and it doesn’t get much better than the Amber Lounge. Over the weekend, the Amber Lounge hosts wildly lavish parties, including Friday U*NITE, which includes pre-show cocktails, the prestigious Monaco Fashion Show, charity auctions and more.

After parties follow on the Saturday and Sunday. Post-race, this is where F1 drivers and teams gather to celebrate winning the most coveted race in the world. Or drown their sorrows, depending on how the race went… Either way, drivers such as Jenson Button have been known to party here well into Monday (and sometimes Tuesday) morning.

Monaco might be the second-smallest country in the world, but that doesn’t stop it from having its own delicious delicacies. The barbajuan is an appetizer known across France and Italy, which is a fried fritter filled with ricotta and Swiss Chard. You’ll also find them stuffed with leeks, spinach, parmesan and more.

Monaco’s national day is when these are mostly eaten, but the Monaco Grand Prix is just as worthy an occasion. Popular Monaco bakeries include Maison Mullot or La Roca in Marché de la Condamine, a traditional market with a focus on produce from the region.

Take in the views at Tête de Chien

Monaco is a stunning corner of the world. Surrounded by hills, the country is nestled in by the sea. Over the course of the Monaco Grand Prix weekend, you’ll likely need to stretch your legs. A climb up Tête de Chien, the 550m high rock, is rewarded with stunning Mediterranean views.

Better yet, general admission tickets get you access to La Rocher. On this a steep hill, you can bring your own pop-up chair to perch on and watch the race unfold. Book these tickets here.

Arrive at the race in style

The Monaco Grand Prix is, of course, one the most glamorous race in F1. While the party happens in Monaco, many racegoers decide to stay in neighbouring Nice. It only takes 23 minutes by train to get from Nice to Monte Carlo, and a little longer by bus. But if you really want to make an entrance, why not take to the skies?

You can book a helicopter transfer from Nice Airport to Monaco, with a flight time of just seven minutes. An alternative view of the country, you’ll be able to scope out the circuit from above before the race.

Explore the best of Nice

Of course, if you are staying in Nice, you could enjoy one of France’s most popular coastal cities.

The Promenade des Anglais is a grand 7km walkway lining the coast that was built in the 1820s. At one end of the promenade, you’ll find the impressive Parc Phoenix. Featuring 20 themed zones, it’s home to one of Europe’s largest modern greenhouses, housing 2,500 plant species. And, unlike Monaco, the majority of beaches in Nice are open to the public, so you could take the opportunity to take a dip in the Med.

Will Longman 11 January 2021
SHARE THIS POST
Popular posts
Which Grand Prix Are You: Take the test to find your perfect event F1 2021 calendar: New races added as Vietnam Grand Prix postponed Kanato Le: Why I left Japan alone at 13 to race in the UK British F1 Grand Prix quiz: How well do you know Silverstone? Portugal F1 Grand Prix: 5 reasons to be at the race in Portimao MotoGP 2021: Provisional race calendar announced

Will Longman
11 January 2021
Popular posts
Formula 1
Which Grand Prix Are You: Take the test to find your perfect event
Finding the perfect motorsport event can be overwhelming. Take our Which Grand Prix Are You? personality test to find your perfect Grand Prix
Formula 1
F1 2021 calendar: New races added as Vietnam Grand Prix postponed
See the F1 2021 World Championship calendar in full, including dates and ticket information for all Grand Prix around the world
Insight
Kanato Le: Why I left Japan alone at 13 to race in the UK
Go-karter Kanato Le on why he decided to leave his homeland of Japan alone at the age of 13 to go racing in the UK and Europe.
Formula 1
British F1 Grand Prix quiz: How well do you know Silverstone?
Home of the British Formula 1 Grand Prix, test your knowledge of the legendary Silverstone circuit with this interactive quiz.
Formula 1
Portugal F1 Grand Prix: 5 reasons to be at the race in Portimao
For the first time, Portimao will host the Portuguese Formula 1 Grand Prix in 2020. Here's why you need to book tickets for this tantilising race.
MotoGP
MotoGP 2021: Provisional race calendar announced
See the full list of races MotoGP has planned for the 2021 season, and get the latest information on how to buy tickets to see the races live.
Consumer Protection
Accepted Payment Methods