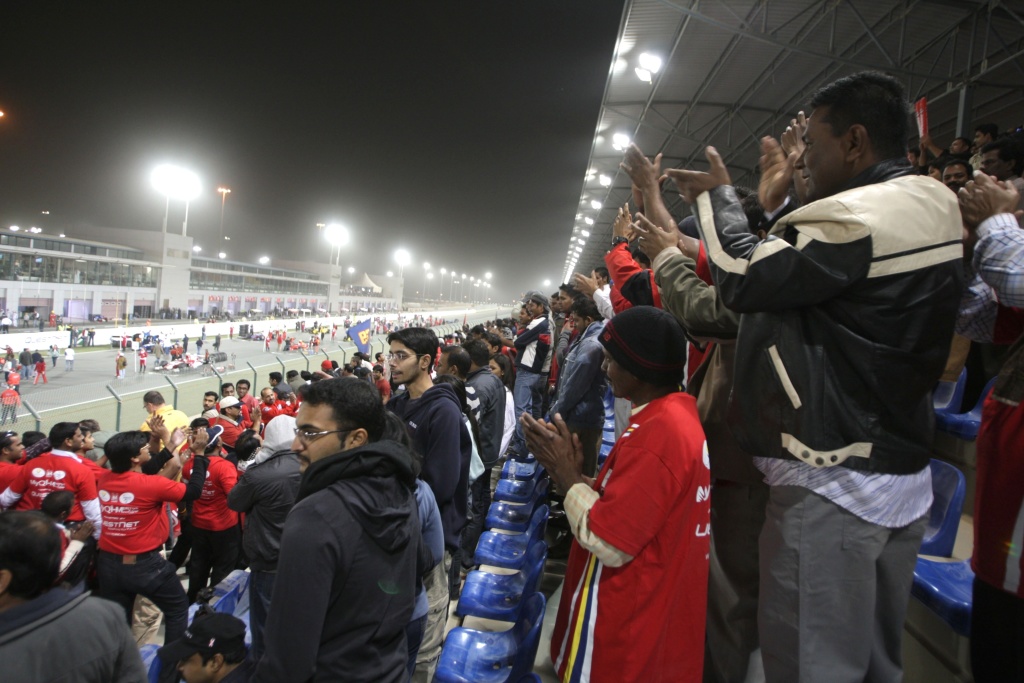 For the very first time, Formula 1 will be heading to the Losail International Circuit for the inaugural Qatar Grand Prix. At a vital stage of the championship, this track will be the first of two brand new tracks in the final three races of the season.

Qatar has signed a ten-year deal for races to be held in the country, but this event at the LIC may well be the only chance we see cars race on this circuit – and it could prove decisive for the championship. With just two races remaining when we leave Qatar, there’s no margin for error at the top.

Check out everything you need to know about attending the race in Qatar, plus we provide some insight as to what the racing might look like over the weekend.

Entry requirements for the Qatar Grand Prix are very simple. You must show proof you have been fully vaccinated from COVID-19, with 14 days passed since your second dose. You can do this by showing the official vaccination certificate from the country of vaccination. Fans can also prove they have recovered from infection within the past 12 months by presenting official documentation.

Qatar is on Arabian Standard Time, which is 3 hours ahead of UTC. The race will take place at dusk and move into the night, so we’ll see the cars under the floodlights for the second time this year.

This timing also means the racing takes place in the middle of the afternoon for Europeans, who have had later starts during the races in the Americas. For our American friends, however, the race will be a return to early starts with a 9 am lights-out time on the East Coast, and a 6 am start time on the West Coast.

With the final three races of the season taking place in the Middle East, it’s looking extremely unlikely that the weather conditions will play a role in deciding the title. Conditions in Qatar are expected to be dry and warm, with highs of 33°C expected during the weekend. With the race taking place at dusk, it will likely be much cooler for the Grand Prix. However, with many teams increasingly worried about engine reliability heading into the final few rounds, the high temps could cause some unforeseen failures.

Uniquely, there will be no support series action at the Qatar Grand Prix. Usually, one of Formula 1’s feeder series (F2 or F3) have a slot on the billing, or another major racing series like W Series or the Porsche Supercup will provide extra entertainment. For some races, local series might take to the track. This not only provides action for the fans, but assists in the evolution of the circuit over a race weekend.

This will not be the case in Qatar, with just five Formula 1 sessions across the three days taking place.

The choice to bring Formula 1 to the Losail International Circuit is one that’s turned a few heads. The track has been the curtain-raiser for the MotoGP series for a number of years, and it is a track suited to motorbikes.

With few straights and continuous turning, it makes for spectacular racing on two-wheels with multiple overtaking opportunities per lap. However, this might not be the case in a Formula 1 car, with the impressive braking capabilities and downforce. Corners that would see bikes required to slow down will be taken at high speed in an F1 car. In fact, for large portions of the lap, drivers may not even have to tickle the brakes.

That will make the just under 1km straight – which is bound to be a DRS zone, crucial in making any passes during the 57 lap race. Track position will clearly be critical in leaving Qatar with a good result, so qualifying on Saturday will also prove vital for the championship.

What happened at the last Qatar Grand Prix?

We’ve already discussed that Formula 1 has never been to Qatar before. In fact, there has only ever been two single-seater races around the track when the GP2 Asia Series visited in 2009.

There were some familiar faces on the grid, with Nico Hulkenberg and Sergio Perez vying for victory in the two races. They each one a race, but much of the action came down to strategy. In the first race, Perez pitted early for fresh tyres and hunted down the German, but was unable to make a winning pass.

Both races proved how vital the start could be to make up positions, with Perez and Hulkenberg making up around 5 places each off the line to move into the battle for the lead. The same will be true of the Formula 1 race this month.

How to stay up to date at the Qatar Grand Prix