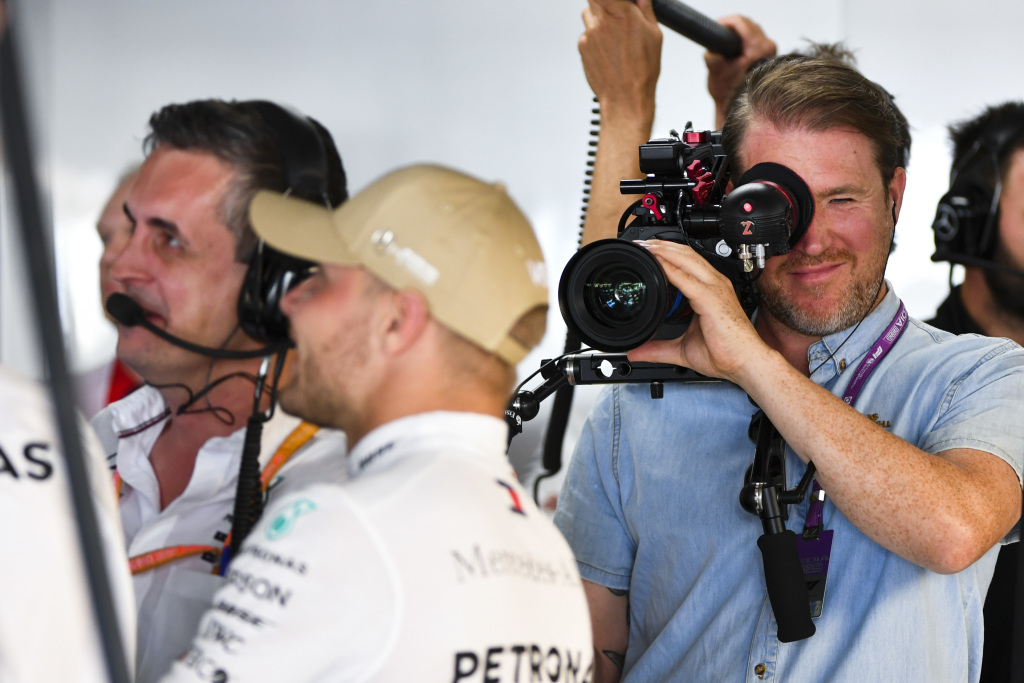 Racing movies depicting real-life heroes can be as exciting as Grand Prix themselves. Whether at home or on the go, these are the best.

At this time of the year, Christmas films are rife across TV and streaming platforms. But for fans missing live motorsport, we’ve got you covered. Here are 10 great racing movies to get stuck into this festive period.

There are plenty of options to plug the gap while we wait for racing to restart. From documentaries about legends behind the wheel, to a few fictional racing hotrods, there’re loads to get stuck into.

And by no means is this an exhaustive list. There are plenty of other great racing films we might have missed. Be sure to let us know your favourite, or any we’ve missed, over on Facebook or Twitter.

And be sure to bookmark this page. When we’re back travelling to races in 2021, you’ll want to download these great racing movies for your journey.

Tom Cruise is Cole Trickle, a hotshot racer looking to make it big in NASCAR. He’s realised that to make in in IndyCar, he’ll need to work his way into a big team. But NASCAR is much more of a level playing field, and his driving ability will shine. He has to adapt from open-wheelers to the stock cars, and develops a rivalry with the intimidating Rowdy Burns.

It’s a big budget Hollywood take on an all-American motorsport. While we’re in a racing gap here in Europe, if you haven’t seen this film before, it could be the perfect antidote.

According to legend, this film was pitched to producers in just six words: ‘Will Ferrell as a NASCAR driver.’ That’s probably all you need to know about this comedy which sees Ferrell play Rocky Bobby, a pit crew member who jumps in as a replacement driver and climbs his way to the top of the sport. It may be a comedy, but NASCAR jumped on board to aid with the production of the film to aid with the realism. And it’s crept its way into the on-track action too, with Sebastian Vettel known to quote the film over team radio in the past.

Rush is the seminal Formula 1 film. It tells the story behind two of the sport’s largest characters, as well as a tragic event that shaped the sport. Niki Lauda and James Hunt had very different introductions to the world of F1; Lauda was cool, calm and collected, pushing himself to the top with his talent, while James Hunt was the definitive Playboy. Rush contrasts their lives on and off the track through successes and tradegy, as the film encompasses Lauda’s life-changing crash.

If you’re a fan of F1 on any scale, you have to watch this film.

Of course, Christmas is a time to spend with family, and Cars is the perfect introduction to motorsport for little ones. This Pixar classic follows the famous Lightning McQueen who winds up in a rundown desert town, far away from the bright lights of the mega circuits he’s used to. It even features a cameo from Michael Schumacher himself.

The ultimate underdog story in motorsport. Christian Bale and Brad Pitt play American race drivers and engineers called upon by an automotive giant. American Ford, who specialise in family road cars, decide to step up to the ultimate challenge of the Le Mans 24 Hours. Going up against the likes of Porsche and and Ferrari, the film charts the team’s attempts to work their way on to the grid, and ultimately win the race.

This list wouldn’t be complete without a few documentaries. The first is McLaren, which recounts the life of Kiwi Bruce McLaren. Combining interviews and dramatisations, it tells the story of the driver whose name lives on in F1 today. He started he career in 1958, with 4 wins and 27 podiums to his name in 100 race starts. He founded the McLaren team in ’63, and it’s gone on to eight Constructors’ Championships with 12 Drivers’ Champions. This docufilm includes tributes and interviews from Sir Jackie Stewart, Mario Andretti and Emerson Fittipaldi.

Another F1 legend: Ayrton Senna. An inspiration to many and regarded as one of the greatest drivers to grace F1, before his life was abruptly taken after a tragic crash at Imola. The film focuses on his racing career, from his debut at his home race in Brazil in ’84, to his final drive 10 years later. Utilising archive race footage, rather than modern interviews, it’s a really natural way to relive the career of this legend.

Lewis Hamilton is the first and only Formula 1 race driver in its 70-year history. But one man has been breaking down the sport’s racial barriers decades earlier. Willy T Ribbs is the first Black driver to test and F1 car, and to compete in the illustrious Indy 500. This Netflix Original profiles Ribbs, and focuses on his journey to IndyCar, and the barriers he faced.

This unique film tells the story of four impeccable drivers in their own words, as Mika Hakkinen, Tom Kristensen, Michele Mouton and Felipe Massa sit around a table to discuss their lives, careers and reflect on what it takes to be at the very top of the game. The film is available exclusively on Motorsport.tv.

A fact of motorsport is that not all the drivers arrive at the top thanks to skill. On the greatest tracks across the world, non-professionals can mix with the grid with the very best. The Gentleman Driver interviews some of those businessmen who challenge themselves on track, and how the business of motorsport is dependent on them.

Will Longman 23 December 2020
SHARE THIS POST
Popular posts
Which Grand Prix Are You: Take the test to find your perfect event F1 2021 calendar: New races added as Vietnam Grand Prix postponed Kanato Le: Why I left Japan alone at 13 to race in the UK British F1 Grand Prix quiz: How well do you know Silverstone? Portugal F1 Grand Prix: 5 reasons to be at the race in Portimao MotoGP 2021: Provisional race calendar announced

Will Longman
23 December 2020
Popular posts
Formula 1
Which Grand Prix Are You: Take the test to find your perfect event
Finding the perfect motorsport event can be overwhelming. Take our Which Grand Prix Are You? personality test to find your perfect Grand Prix
Formula 1
F1 2021 calendar: New races added as Vietnam Grand Prix postponed
See the F1 2021 World Championship calendar in full, including dates and ticket information for all Grand Prix around the world
Insight
Kanato Le: Why I left Japan alone at 13 to race in the UK
Go-karter Kanato Le on why he decided to leave his homeland of Japan alone at the age of 13 to go racing in the UK and Europe.
Formula 1
British F1 Grand Prix quiz: How well do you know Silverstone?
Home of the British Formula 1 Grand Prix, test your knowledge of the legendary Silverstone circuit with this interactive quiz.
Formula 1
Portugal F1 Grand Prix: 5 reasons to be at the race in Portimao
For the first time, Portimao will host the Portuguese Formula 1 Grand Prix in 2020. Here's why you need to book tickets for this tantilising race.
MotoGP
MotoGP 2021: Provisional race calendar announced
See the full list of races MotoGP has planned for the 2021 season, and get the latest information on how to buy tickets to see the races live.
Consumer Protection
Accepted Payment Methods