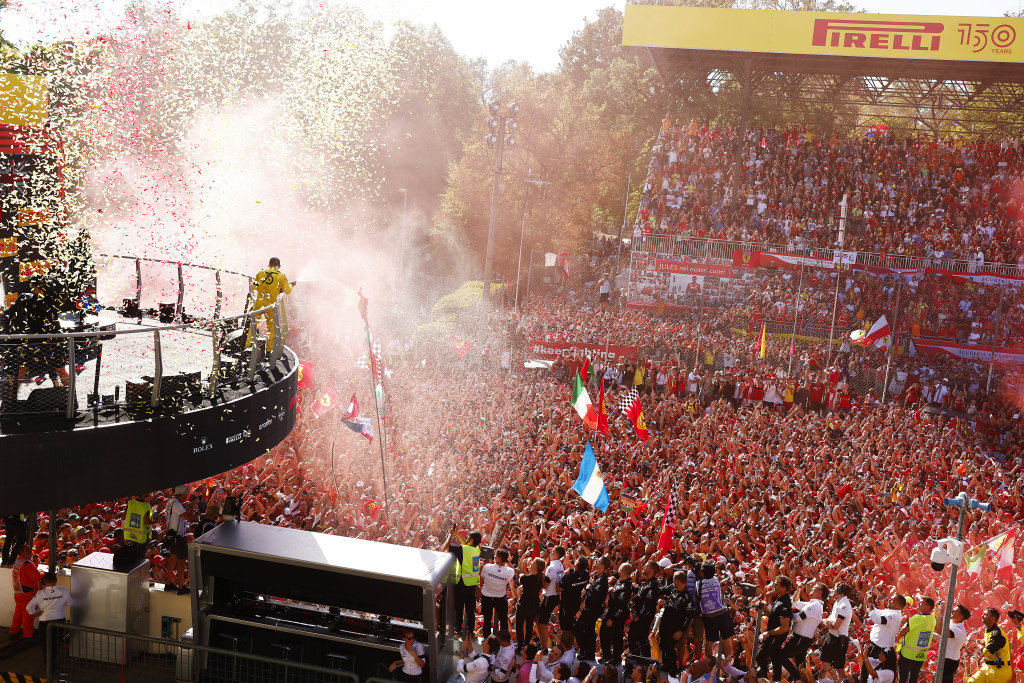 21 Sep 2022 Will Longman
See the full Formula 1 2023 calendar including all 24 races and how to purchase tickets or sign up for alerts for every race.

Formula 1 and the FIA have announced a record-breaking 24-race calendar with events in 21 countries for the upcoming 2023 season.

In an unprecedented season, Formula 1 will race three times in the United States, twice in Italy and – with the return of the Qatar Grand Prix – four times in the Middle East.

The calendar also heralds the return of the Chinese Grand Prix in Shanghai. It will take place in April following a three-year absence owing to the COVID-19 pandemic.

Other additions include the Qatar Grand Prix, which was run at the Losail International Circuit in 2020. The race will be held in October as round 19, and will be a standalone race between the Japanese and United States Grands Prix.

The final addition to the calendar is the Las Vegas Grand Prix. This previously announced race will take place along the Las Vegas Strip, and will be held on 18th November. That means it will be the first Formula 1 world championship race to be held on a Saturday since 1985. However, with an expected start time of 11pm local time, it will begin early on Sunday morning for much of the American population watching at home.

Other headlines of the new calendar include the inclusion of the Monaco Grand Prix. There has been much talk in the paddock about the continuation of the iconic race, given its historic layout does not necessarily suit the modern machinery used today.

However, it is back on the calendar, scheduled for 28th May, and has also signed a three-year deal taking it to 2025.

The Belgian Grand Prix has also signed a one-year extension, but has been listed for a new date in 2023. Rather than acting as the first race after the summer break, it has been shifted to the end of July just before the break.

With the addition of so many new races, some events that were set to miss out. Having been reintroduced in 2018 and after just four races, the French Grand Prix will not take place in 2023.

How to get tickets for the Formula 1 2023 season

Tickets for 2023 Formula 1 races will go on sale over the coming months, although some races are already on sale or even close to selling out.

Fans can purchase tickets to Austria and Hungary Grands Prix already. For updates to your inbox as soon as tickets for your favourite race go on sale, sign up for alerts using the links in the table above, as well as the Motorsport Tickets Newsletter.

Keep up to date with the Formula 1 calendar every time you open your laptop or pick up your phone with our calendar wallpapers. Available in both mobile and desktop sizes, get excited about the new season and keep track of the sport’s biggest-ever season.