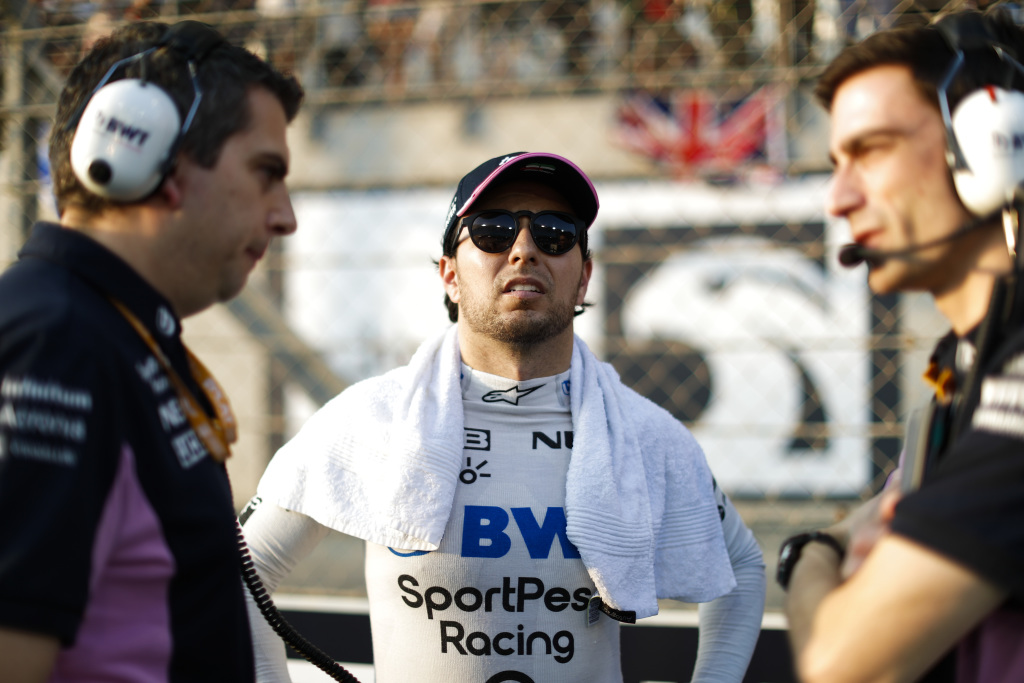 Five drivers and riders from Formula 1, MotoGP and Le Mans and throughout motorsport who we expect to have a big year in 2021.

While 2020 was a tumultuous year for motorsport, 2021 looks set to be bigger than ever.

With a host of new drivers, initiatives and circuits, plus fuller regular calendars on the cards across the series, there’s a lot to get excited about this year.

We’ve gone ahead and picked five drivers and riders from the world of motorsport we’re excited to get stuck into the new season. Each one comes with a race that could be a major turning point or milestone in their upcoming year.

Five drivers and riders to watch in 2021

Sergio Perez looked like he’s lost his spot in Formula 1, when it was announced Sebastian Vettel would replace him as Racing Point became Aston Martin. But if anything, it seemed the pressure lifted and his performances elevated.

Perez finished the season in 4th and best of the rest, despite COVID-19 ruling him out of both British rounds. After the first 7 rounds, Perez sat 11th in the drivers’ standings. But after the announcement he’d be leaving to the end of the season, he scored just 13 points less than Max Verstappen. This included a podium in Turkey – his first in three years – and a dramatic win in Sakhir. Despite this, he still finished the season without a confirmed seat for 2021.

However, his in-form performances gave Red Bull a decision to make. After the Abu Dhabi Grand Prix, Perez was announced to be replacing out-of-favour Alex Albon in the Red Bull seat for 2021.

This won’t be Perez’s first home Grand Prix in front of his adoring fans. However, it will be his best shot at a podium – better yet a victory – in Mexico City. Red Bull machinery has traditionally been strong around the Autódromo Hermanos Rodríguez. Verstappen took wins in ’17 and ’18, plus provisional pole in 2019. If Perez was to take victory in front of the Foro Sol stadium, it would surely go down in F1 folklore.

Okay, this might seem like an obvious choice. The Spaniard was a six-time world champion before his 26th birthday. But going in 2021, there are a lot of unknowns for Marquez.

An injury sustained during a crash in 2020’s opener, exacerbated by a plate in his arm breaking while opening a window ruined his season. However, he will have spent the season recuperating, resetting and refocussing to a fuller 2021 MotoGP season. The question is whether Marc Marquez will hit the ground running when he returns to the track.

There’s question marks around his team, too. Having won the teams’ championship six of the last year years, in 2020, they came a lowly 9th. This, of course, could be down to the Marc’s brother Alex Marquez and replacement Stefan Bradl unable to get the most out of the bike. But Marquez and Pol Espargaró will be eager to understand how the bike fares up for the ’21 season.

Silverstone dropped off the 2020 MotoGP calendar, owing to the COVID-19 pandemic. That means the last race at the track was the thrilling 2019 race, in which Alex Rins snatched the win from Marquez in the final corner of the race. The Honda rider will be looking to make amends as the sport returns to Britain in ’21.

It’s a huge year for the W Series. 2020 was meant to see the series support F1 in North America. But for ’21, every W Series race will be part of an F1 undercard.

Eight races – six in Europe, two in North America – for inaugural champion Jamie Chadwick to defend her title. The Williams junior driver finished on the podium in all but the final race in 2019, and will be looking to be as strong at circuits like Silverstone, the Red Bull Ring and the Hungaroring.

There’s more on the line this year, too, with FIA Super Licence points on offer for the top 8 finishers.

Spa-Francorchamps is a circuit every racer in the world wants to taste. As the second half of the season gets underway, the title fight will be hotting up and this will be the race that separates the challengers and the contenders.

This young Japanese driver has been a revelation in open-wheel racing. The 20 year-old spent just one season in both F3 and F2 before receiving the call up form Red Bull Academy boss Helmut Marko. He replaces Daniil Kvyat in the AlphaTauri, partnering Pierre Gasly after his strong 2020 season.

Tsunoda will be keen to show what he’s all about on the big stage. He’ll be the first Japanese driver on the grid since Kamui Kobayashi, and racing with a Honda engine in their final year – a lot for his rapidly growing fan base to be excited about.

The home of Red Bull, this could be the place Tsunoda stakes a claim to a Red Bull seat for 2022. While the Japanese Grand Prix will be a major moment later in the year, this will be an early opportunity for Yuki to impress.

The Belgian driver has been busy since leaving the F1 grid in 2018. While supporting the Mercedes F1 team, Vandoorne spent two seasons in Formula E, finishing 2nd in 2020, and raced Le Mans in 2019 finishing 3rd overall.

2021 is set to be a busy year for Stoffel, too. He will continue to race in Formula E, hoping to better last year’s result and take the championship, and will be spending a whole season in WEC. Jota Sport’s team for season nine will feature Vandoorne alongside Tom Blomqvist and Sean Geleal.

Vandoorne finished third in 2019 in Le Mans, and entering with a strong team in the LMP2 category, Jota will be hoping to take the category win after coming close with Antonio Felix da Costa, Anthony Davidson and Roberto Gonzalez in 2020.

Will Longman 7 January 2021
SHARE THIS POST
Popular posts
Which Grand Prix Are You: Take the test to find your perfect event F1 2021 calendar: New races added as Vietnam Grand Prix postponed Kanato Le: Why I left Japan alone at 13 to race in the UK British F1 Grand Prix quiz: How well do you know Silverstone? Portugal F1 Grand Prix: 5 reasons to be at the race in Portimao MotoGP 2021: Provisional race calendar announced

Will Longman
7 January 2021
Popular posts
Formula 1
Which Grand Prix Are You: Take the test to find your perfect event
Finding the perfect motorsport event can be overwhelming. Take our Which Grand Prix Are You? personality test to find your perfect Grand Prix
Formula 1
F1 2021 calendar: New races added as Vietnam Grand Prix postponed
See the F1 2021 World Championship calendar in full, including dates and ticket information for all Grand Prix around the world
Insight
Kanato Le: Why I left Japan alone at 13 to race in the UK
Go-karter Kanato Le on why he decided to leave his homeland of Japan alone at the age of 13 to go racing in the UK and Europe.
Formula 1
British F1 Grand Prix quiz: How well do you know Silverstone?
Home of the British Formula 1 Grand Prix, test your knowledge of the legendary Silverstone circuit with this interactive quiz.
Formula 1
Portugal F1 Grand Prix: 5 reasons to be at the race in Portimao
For the first time, Portimao will host the Portuguese Formula 1 Grand Prix in 2020. Here's why you need to book tickets for this tantilising race.
MotoGP
MotoGP 2021: Provisional race calendar announced
See the full list of races MotoGP has planned for the 2021 season, and get the latest information on how to buy tickets to see the races live.
Consumer Protection
Accepted Payment Methods