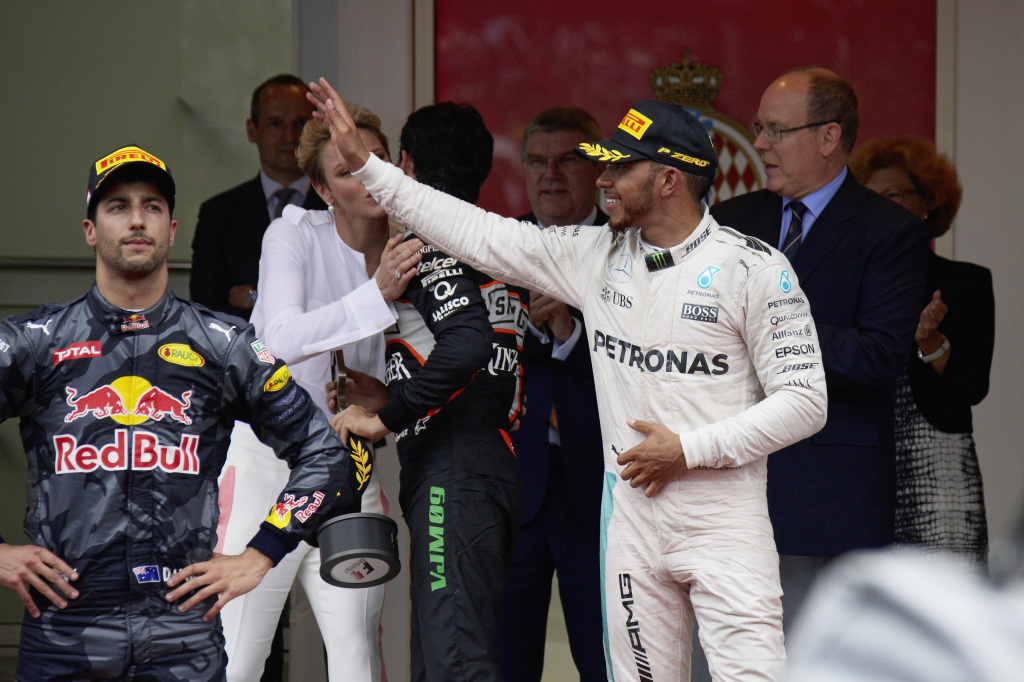 6 Aug 2020 Will Longman
Discover some of the most dramatic moments to have taken place at the Monaco F1 Grand Prix featuring Lewis Hamilton, Kimi Raikkonen and more.

The Monaco F1 Grand Prix is the most prestigious race in the world. For all the glitz and glamour that takes place away from the track, winning on the streets of Monte Carlo is a highlight in and driver’s career.

The atmosphere at Monaco is unique, but the tight street circuit of the principality is divisive among fans. The narrow track makes it a challenging race to overtake, and to many, no overtaking translates to a bad race.

But that’s just not true. The overtaking difficulty at Monaco simply makes qualifying position vital, and thus the most important Saturday session on the calendar. But should a driver struggle on a Saturday, their race on Sunday becomes infinitely more challenging and dramatic.

To disprove the theory that Monaco is a “boring race”, here are 9 moments that make Monaco a “must-see” historic Grand Prix.

When you push cars to the limit besides the harbour every year, sooner or later, someone’s going to get wet. That happened to Alberto Ascari during the 1955 Monaco Grand Prix. After starting on the front row of the grid, the Italian pushed his Lancia D50 too far.

Leading the race, Ascari didn’t anticipate the chicane after the tunnel, and flew into the Monegasque waters. Ascari swam to safety, and his machine was fished out of the sea. But tragically, just four days later, Ascari lost his life in an accident at Monza, where the final chicane is now named in his honour.

Graham Hill is one of motorsport’s greats. The only driver to win the triple crown – the Indy 500, Le Mans and Monaco Grand Prix – he also held another Monaco record.

When he crossed the line after 80 laps of the 1969 race, Hill took his record fifth win at the circuit. It was a record that would stand for almost a quarter of a century, until a certain Ayrton Senna took his sixth Monaco victory in 1993.

The final three laps of the 1982 Monaco Grand Prix were incredible. For the most prestigious race of the world’s most competitive sport, no one seemed to want to win the thing.

The rain came down and, on the 74th lap of the 76 scheduled, caught race leader Prost out who crashed his Renault. It gifted the lead to Ricardo Patrese, in pole position for his first Grand Prix win.

Until his he slid his Brabham at the hairpin on the next lap, with Pironi coming through to take the lead. It would have been his third ever Grand Prix victory. Would have been, but his Ferrari ran out of fuel in the tunnel.

Victory surely, then, for Andrea de Cesaris behind? If only he hadn’t run out of fuel behind Pironi, too.

The Irishman Derek Daly was now in prime position to win for Williams, but fate wasn’t on his – or seemingly anyone’s – side on this fateful day in Monaco. He’d crashed. This was a race no one wanted to win.

Incredibly, Patrese, whose spin looked sure to have ruined his race, came through to take the win. Pironi and de Cesaris were classified second and third in a hectic race.

Voted as the fan’s favourite Monaco Grand Prix, Mansell and Senna’s battle around Monte Carlo was a memorable one.

Mansell dominated the race, leading from the front for the entire race. Cool, calm and collected, the Brit looked set to secure victory.

During the later laps, Mansell thought he had a puncture, so pitted for a new set of boots. But with the car a little worse for wear, the stop was a long one, allowing the Brazilian through and gifting him a seven-second lead.

Mansell left no time in cutting the deficit and was effectively pushing Senna’s McLaren around the circuit in no time. Mansell pushed with everything he had to get around his rival, but Senna had a reputation for being unfeasibly difficult to pass.

Senna would be undeterred by Mansell’s efforts to force a mistake, and won with a defensive masterclass. This equalled Graham Hill’s Monaco record, which he would break the next year.

For Mansell, he left Monte Carlo a broken man. Faultless for a whole weekend, victory was snatched away in the final three tours of the circuit.

It proved that while we love to see overtakes in motorsport, sometimes the best offence is a good defence.

An epic wet-dry race of attrition was one of the most dramatic Grand Prix of the decade.

As the laps charged on, drivers dropped out like flies. One by one (or three at a time in the case of Hakkinen, Irvine and Salo on lap 71), 19 drivers crashed, spun or retired from the race.

“Monaco is boring.” Yeah, about that…

The crowds at Monaco for David Coulthard’s win in 2002 witnessed history in the making, not that they know it was happening.

On lap 78, a puff of smoke escaped the Scot’s Mercedes engine, and the McLaren driver’s chance of winning looked in danger. However, visionary technical developments came into play, and his race was saved, albeit from hundreds of miles away.

As engines became more sophisticated in the modern era, more data was available to the teams. Within seconds, the issue was identified and communicated to the driver.

Better yet, they were able to activate an oil system which has filled up possibly due to a piece of debris, and the engine returned to mechanical working order.

Michael Schumacher was never too far away from a controversial moment during his career.

The German world champion knew how important the qualifying session on Saturday was for victory in the race. He was at the top of the timing sheets as he set off on one final lap to improve his time.

Behind him was the Renault of Fernando Alonso, who was chipping into Schumacher’s time and looked likely to take pole.

As Schumacher approached La Rascasse, the course’s penultimate corners, he appeared to have an issue with his car, and parked up in the notoriously tight section of the track.

That impeded Alonso, who effectively aborted his lap, and Schumacher would take pole.

But it wasn’t to be. At 11pm on Saturday night, the FIA stewards announced Schumacher deliberately impeded the Spaniard by parking his car, and would start the race plum last on Sunday.

Talk about a hefty parking fine.

The glitz and glamour of Monaco attract the rich and famous from across the world to the Monaco Grand Prix. Whether it’s the fashion shows, after race parties, or the buzz of walking the grid, the who’s who of music, film and sport make it to Monaco.

And it’s not uncommon to see them watching the race from a private yacht in the harbour – a view anyone can actually watch the race from.

For some, they got a little closer than they’d anticipated in 2006. McLaren’s Kimi Raikkonen’s engine ran into a problem halfway through the lap, as smoke poured from his engine.

The flying Finn parked up, and began the 2km walk back to the pits along the harbour.

But Kimi being Kimi, and his race being over, the driver decided to take in the race atmosphere while he could. He jumped aboard his yacht, shirt off, drink in hand, kicking back with his mates. And who could blame him?

The drama doesn’t always unfold on the track, as Daniel Ricciardo found out in 2016.

The Aussie was streaking ahead to victory as he pulled into the Red Bull pit box for a change of tyres.

But what’s the most important thing to prepare for a tyre change? The tyres.

It seemed an eternity that Ricciardo’s car sat with no wheels as the mechanics scrambled to fit his wheels. Inevitably, Lewis Hamilton steamed past the pits and Ricciardo joined just behind.

A sure race win thrown away in what could have been a pivotal moment in Ricciardo’s career. But he came back stronger, and in 2018, he took redemption and the win around the principality.