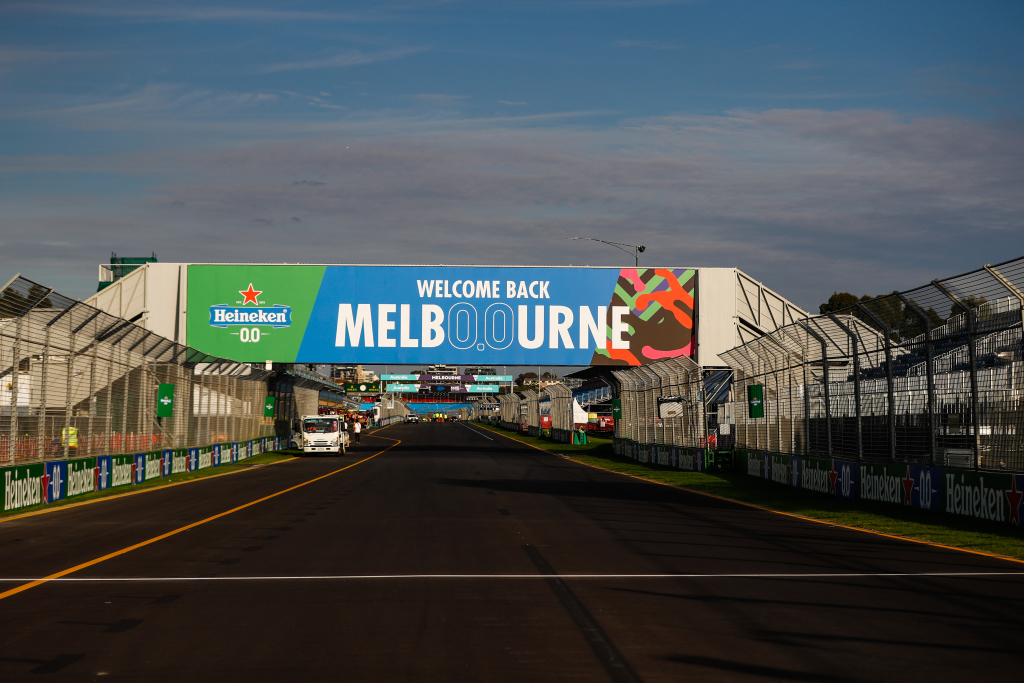 It’s been a long time coming, but Formula 1 is finally set to return to Melbourne. Fans down under are set to descend on Albert Park for the first Australian Grand Prix since 2019, and given the start of the 2022 season, they’ll be treated to an epic race.

Ferrari has asserted its dominance on the new season, with Charles Leclerc and Carlos Sainz reaching the podium in both opening races. But the Australian Grand Prix could be a very different affair. The drivers haven’t raced in Melbourne for a long time, and there have been big changes since then.

Organisers have taken the time away from racing to improve the circuit, with wider corners, removed turns, and a mega four DRS zones – all aimed at maximising overtaking on Grand Prix Sunday.

Heading to the race with a friend? Share this guide and get them up to speed.

The return of the Australian Grand Prix this season heralds a number of circuit changes designed to improve racing and overtaking at Albert Park. These changes were due to be introduced for the 2021 season, but fans have had to hold on a little longer to see them in action.

With changes to half of the reduced 14 corners, overtaking should now be possible into turns 1, 3, 6, and along the newly-formed back straight. Chances of overtaking along the straight will be increased should it be approved as a DRS zone, which will be the fourth on the circuit.

The Australian GP returns this weekend, and it's back with a new circuit layout and updated with 𝙛𝙤𝙪𝙧 DRS zones 🤯

Do you think that an F1 circuit should have that many DRS zones? 💬#F1 #AusGP #Autosport pic.twitter.com/9MClSUcbrT

After two and a half years of early wake-up calls/late night racing, Australians will finally get a Grand Prix at a reasonable time.

The Australian Grand Prix kicks off at 3pm Melbourne time. However, that does mean an early morning for European fans, with lights out at 6am for fans in the UK, and 7am for fans in Central European Summer Time.

In the US, the race will begin at 1am on the East coast, and 10pm on Saturday on the West coast.

It should be a dry and mild weekend in Melbourne for the Australian Grand Prix, with temperatures hovering around the low to mid-20s. There is a slight chance of rain creeping in during the race, but it is likely to start after the race on Monday (when it will absolutely hammer down with rain).

The Australian Grand Prix weekend is set to be a marquee event with three domestic racing series coming together. Besides the main Grand Prix on Sunday, there will be 11 races on track throughout the weekend. They range from Porsche Carrera Cup to Australia’s newest open-wheel series. Check out the cars that will be in action, and when to catch them below.

There will be plenty of Supercar action on track at Albert Park, as Australia’s premier domestic racing series returns for the 3rd round of the 2022 season. Most widely known for the famous Bathurst 1000, the series pits a grid of 20 cars against each other in either Ford Mustang GTs or Holden Commodore ZBs.

S5000 is the new generation of open-wheel racing in Australia. Following an exhibition season in 2019, the inaugural championship took place over 4 races in 2021. This season, the race at Albert Park will be the third in a six-race championship.

A regular fixture on Formula 1 race listings across the world, the local Porsche Carrera Cup gets underway for 2022 in Melbourne. You’ll see a grid full of pros and pro-am drivers ripping around Albert Park in 911 GT3 cars for four races of varying length.

What happened at the last Australian Grand Prix?

The grid was bustling with fresh faces: the likes of George Russell, Lando Norris and Alex Albon were all set to make their Formula 1 debuts. Pierre Gasly and Charles Leclerc were readying themselves for their first outings with Red Bull and Ferrari respectively. And Robert Kubica was back on the grid after an eight-year absence.

But some things never change. Lewis Hamilton took pole position for Mercedes on Saturday, though he lost the lead to his teammate into turn one. From there, Valtteri Bottas hardly looked back, dominating the race and beating his 2nd-placed teammate by over 20 seconds. It was redemption for the Finn, who had a terrible crash in qualifying in the 2018 race. Max Verstappen finished third.

How to stay up to date at the Australian Grand Prix

The Australian Grand Prix weekend is set to be an epic return to racing down under, and Motorsport Network has you covered. You can keep up to date across all the breaking news by following Motorsport.com throughout the race weekend.

After both qualifying and the race, Autosport‘s top brass will break down and review all the top talking points. Check back here for to download the latest episode to spark discussion in the grandstands, or keep you company on the journey home.