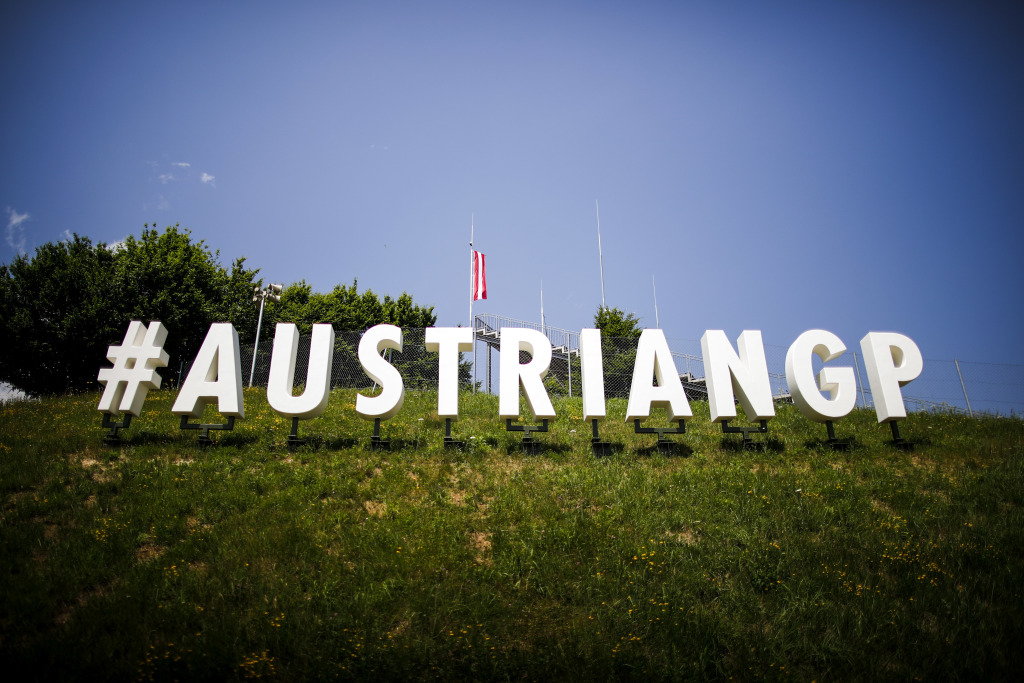 It may be the shortest circuit on the calendar, but the Austrian Grand Prix is never short of action-packed races – and we’re back for 2022.

Red Bull returns to their home circuit in excellent form, leading the world championship. While it’s a track Charles Leclerc and Max Verstappen have clashed at in the past, the battle is on between teammates Verstappen and Sergio Perez.

For a full spectator guide on visiting the race, including everything you need to know about being at the Red Bull Ring, click here. (PDF download)

While there may only be one Grand Prix in Austria this year, there will be two races. The F1 Sprint returns this weekend, with qualifying taking place on Friday and the sprint race on Saturday afternoon. The sprint race will be 24 laps, or one hour in length.

The weather has not played much of a role in recent Austrian Grand Prix. In fact, since the track returned in 2014, there hasn’t been a single wet race at the Red Bull Ring. Here is the latest weather from the circuit for the race weekend.

There will be decent support racing action on track in Austria, with Formula 2, Formula 3 and the Porsche Supercup all taking to the circuit.

There will be two Formula 2 races at the Austrian Grand Prix. The sprint race will take place at 5:55pm on Saturday, and the feature race will precede the Grand Prix on Sunday.

There will also be two Formula 3 races at the Red Bull Ring. They will have slightly shorter lap counts than the Formula 2 race.

There will only be one race in the Porsche Supercup at the Red Bull Ring. It will be the final race before the activities begin for the Formula 1 Grand Prix.

When the Österreichring opened in 1969, it was a sight to behold. A brand new circuit in the heart of the Styrian mountains. And while it was a comparatively short lap against other tracks, its longer straights presented an opportunity to showcase the power of high-performance machinery.

This goes to demonstrate that Austira is all about speed. From teh start straight the cars are faced with a near-90 degree turn before speeding up an uphill straight through a kink at turn two and an acute right-hander. This leads the cars onto the back straight and the third DRS zone in as many corners.

As the cars pass back down through sectors two and three, they must battle the car at high-speeds with no heavy braking zones until the start of the next lap. It’s a high-power lap with plenty of overtaking opportunities, and thanks to its elevation and stunning vantage points, a real fan favourite.

Check out the Italian F4 Championship race from 2019 for a taste of things to come. A race that’s a prime example that while it may be a short lap, there’s a lot of action in store.

What happened at the last Austrian Grand Prix?

The big story of the Austrian race in 2021 was the full return of fans at maximum capacity to the circuit. And the drivers delivered one hell of a race.

Lando Norris continued his excellent form at the track by qualifying second on the grid alongside Max Verstappen. In the opening stages, the McLaren driver tangled with Sergio Perez and picked up a five-second time penalty, before Lewis Hamilton complimented his young compatriot – as he strolled past into 2nd place.

Later in the race, it was Perez who was the subject of the stewards’ interest. He picked up two five-second penalties of his own, both for moves on Charles Leclerc just laps apart.

Despite being passed on lap 20 by Hamilton, and in the pits by Bottas, Norris was on a mission to reclaim a spot on the podium. Following Hamilton’s damaged Mercedes, Norris moved up into third place and claimed his second Austrian podium for McLaren.

But up ahead, there was no question who was winning the race. Max Verstappen’s commanding victory sent to adoring Dutch crowd into raptures, as their hero extended his championship lead.

How to stay up to date at the Austrian Grand Prix

Or get a round-up of the latest headlines from Austria and beyond with Motorsport.tv LIVE‘s latest bulletins. Head to their channel on Motorsport.tv for the latest news, interviews and reaction from the paddock. Check out their latest report with Juan Pablo Montoya on the French Grand Prix