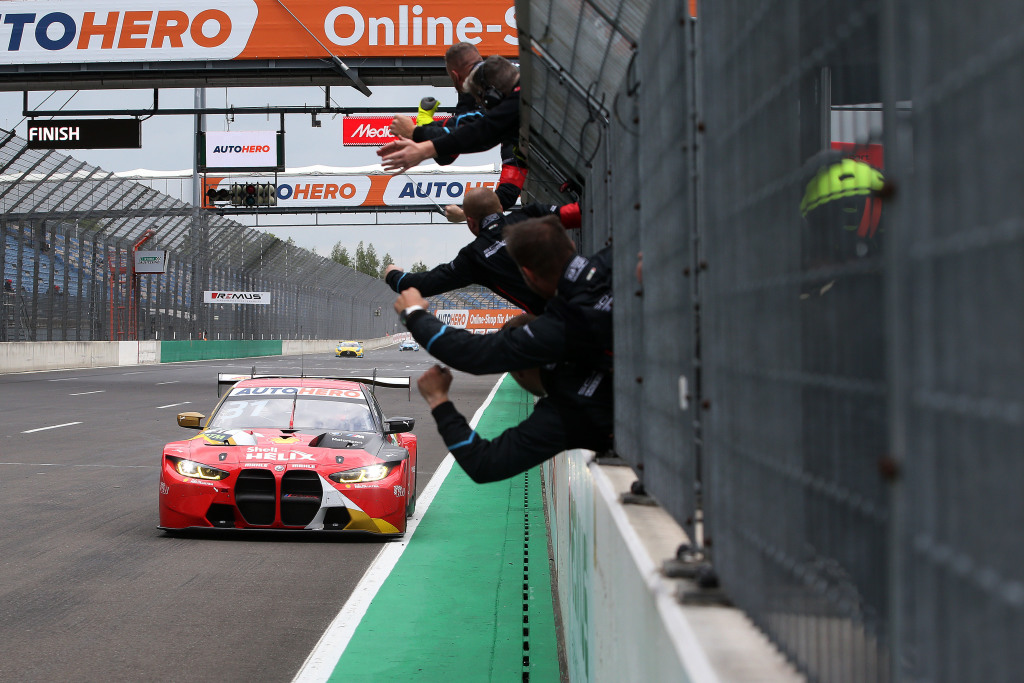 DTM 2022: Is the championship set to go down to the wire yet again?

12 Sep 2022 Will Longman
Sheldon van der Linde is leading the DTM championship, but there's plenty on the line heading into the final two rounds.

Last season, DTM approached its final races with South African Kelvin van der Linde in prime contention for the 2021 championship. We all know how that ended. But this season, it’s younger brother Sheldon who has been making the headlines.

In his fourth season in the championship, the 23-year-old has recorded three wins, two pole positions and one fastest lap in an epic season.

Remarkably, van der Linde has only recorded one podium in addition to his three wins. Superb weekend at the Lausitzring early in the season boosted his title hopes from the off: qualifying 2nd and 1st for the two races respectively, and taking both wins showed a real mark of intent for the championship.

An additional win at the Nurburgring and a 2nd place finish at Spa-Francorchamps remedied a disappointing weekend at the Norisring, where he retired and finished 15th in the weekend’s two races.

With rounds at the Red Bull Ring and the Hockenheim finale to come, how early will Van Der Linde be able to claim the DTM title?

DTM is a complicated sport. Two rounds at each event, each with their own qualifying and points for the fastest lap, mean it is tricky to estimate what might happen.

However, it also means there are plenty of points on the table. With 100 race points, 12 pole position points and 4 fastest lap points up for grabs, you could argue the title is wide open.

That’s what Lucas Auer, Rene Rast, Mirko Bortolotti and Dennis Olsen will be hoping, anyway. Van Der Linde is 32 points clear of Auer in second place, with the following three drivers in the championship all within 11 points.

To secure the title at the Red Bull Ring, the South African will have to extend his lead by 21 points to 59 heading into the final two races.

That means he cannot claim the title by simply taking victory in both races – as this would extend his lead by a minimum of 14 points should Auer also finish second. If Van Der Linde wins both races, Auer would have to finish at least 3rd to remain in contention by a single point – but this does not consider qualifying and fastest lap points.

There is a scenario whereby the championship is secured during a qualifying session. If Van Der Linde outscores Auer by 18 points in the first race at the Red Bull Ring, taking pole position (if Auer doesn’t qualify in the top three) would hand the South African driver an unassailable lead in the championship. The fastest lap points could also come into play during the races themselves.

It might sound bleak for the Austrian, but there is hope.

Van Der Linde’s record at the Red Bull Ring isn’t great – a double DNF in the 2021 season. Should he repeat such a performance, it’s the perfect opportunity for Auer to make up some decent ground on home soil.

But don’t rule out the rest of the pack – three-time champion Rene Rast returned to the series this year and is just two points behind Auer in 3rd. He has won three of his four races at the Red Bull Ring – albeit the latest win was four years ago.

Although the German has a history of late-season flourishes. In each of his last three DTM seasons, he has an almost 100% podium record in the final six races – just a retirement at the Lausitzring in 2019 was the only blotch on a perfect run. If history is anything to go by, DTM could be set to deliver yet another epic conclusion to its season. You can be at either of the final two races by booking your DTM tickets today.