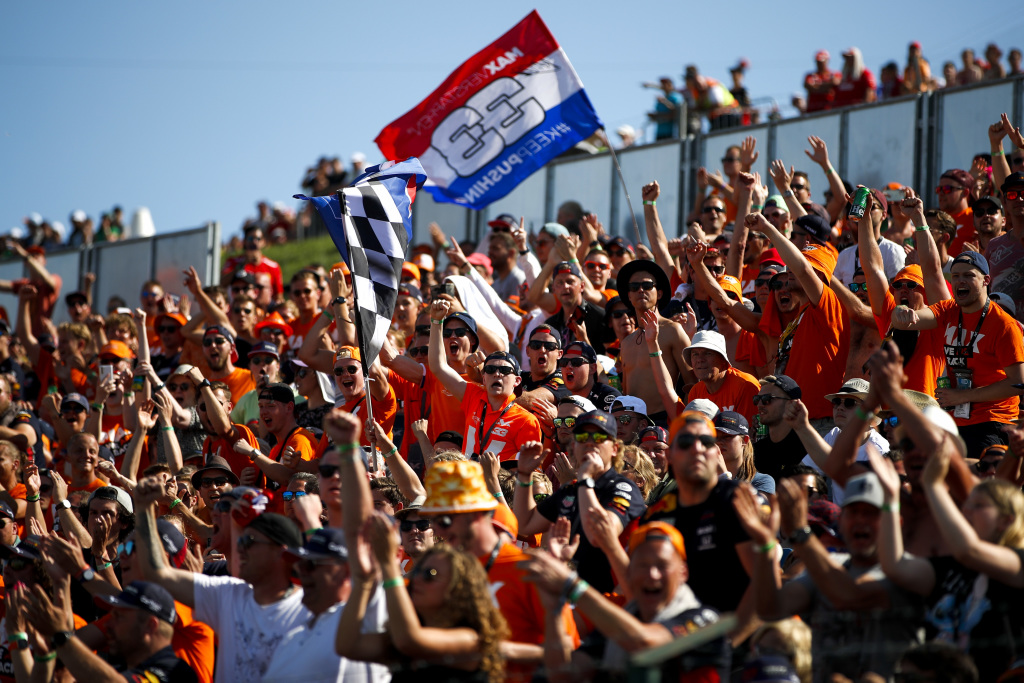 This is not a drill: the Dutch Grand Prix is here and it’s actually happening.

It sold out in minutes when tickets for the Formula 1 return first went on sale, only for the race to be delayed due to the CVOID pandemic. Now, 15 months later than planned, we’re going Dutch once again.

And it couldn’t have come at a better time. Home hero Max Verstappen has an incredible shot at World Championship glory. To win his home race in front of the Orange Army fans as part of a title-winning run will be the cherry on the cake.

The race is going ahead with a limited capacity crowd, so to make sure you’re on top of all the action, including circuit maps, session times, support series, weather forecast and the latest news from the weekend, check out this guide with all the information you’ll need.

Travelling from the UK

Admission to the circuit

To be admitted to Circuit Zandvoort, Dutch fans will need to download the CoronaCheck app. This will prove vaccination status, or a recent test result. Barcodes from the NHS or EU Digital Covid Certificates should also be accepted.

Fans in the Netherlands have waited decades for Formula 1 action to return to Dutch shores. And then they were forced to wait year another year after 2020’s race was delayed. But finally, the Dutch Grand Prix is back. This is when all the action will take place.

We’re not expecting the sun to be shining on Zandvoort for the race weekend. While the Netherlands has seen heatwaves in recent years, it is likely to be more of a ‘traditional Dutch summer’. Showers are likely, and it will be much cooler throughout the weekend. If you’re camping, make sure you keep warm throughout the cold evenings. Ponchos and waterproof coats are advised, but it looks

There are three support series in action throughout race weekend at Zandvoort. FIA Formula 3 and W Series provide open-wheel action, with the Porsche Supercup also returning.

It’s all been about two drivers in W Series this year. Alice Powell and Jamie Chadwick each have two wins under their belts – with both converting from pole and taking the fastest lap. Chadwick has the edge in the championship, finishing 8th and 3rd in the other two races. She leads Alice Powell by 1 point going into Belgium, and with just two races after Zandvoort, it’s all to race for. Check out our article on W Series to find out more about the championship.

Zandvoort is the penultimate round of this season’s F3 championship. It’s the final chance for the likes of Jack Doohan, Frederik Vesti and Olli Caldwell to score a big haul of points to challenge Dennis Hauger’s 63-point lead. There are three races in F3 across the weekend, with two on Saturday and one on Sunday.

Dutchman Larry ten Voorde continued his string of strong performances in the Porsche Super Cup. The Team GP Elite is yet to finish off the podium in 2021 and scored his third win of the season at the Hungaroring. The action continues at Spa, and then Zandvoort. The season concludes the following week with a doubleheader at Monza, but Larry ten Voorde will be hoping he has a chance to wrap up the championship in front of his home crowd.

You could put money on the big talking point at Zandvort being one thing: banking. We have some undulating circuits throughout the year at circuits like Portimao, but generally, modern F1 tracks are flat. Zandvoort will be the exception, with a long right-hander corner as the final turn. It has an 18 degree bank, which will pose a unique challenge for all the drivers, especially as the tyres start to fall off.

The rest of the lap will be just as exciting. IT has a good mix of fast and flowing corners which the cars will have to nail, and quite a few wide hairpins, which the drivers will have to battle to control the oversteer and manage their tyres throughout the race.

Qualifying well will be vital in the Netherlands. The track is quite narrow, and without many major overtaking points, track position will be crucial. That also places a lot of responsibility in the laps of the race strategists, who will be attempting to gain places through well-timed pit stops.

Any overtaking that does take place is likey to come at the end of the straight at turn 1, and the hardest braking point on the track at turn 11.

For a taste of racing at Zandvoort, watch this ADAC F4 race from the track earlier this year, courtesy of Motorsport.tv.

What happened at the last Dutch Grand Prix?

Formula 1 was a completely different ball-game the last time we raced at Zandvoort. But much like we expect to happen in 2021, two rivals were battling at the front of the grid. Niki Lauda was the eventual winner, qualifying in 10th and winning the race by 0.2s from McLAren teammate Alain Prost, who started 3rd. It was Lauda’s final Grand Prix victory in Formula 1.

Ayrton Senna finished third behind them in his Lotus, continuing a run of form that would see him go on to finish fourth in the drivers’ championship.

How to stay up to date at the Dutch Grand Prix

Or get a round-up of the latest headlines from Budapest and beyond with Motorsport.tv LIVE‘s latest bulletins. Head to their channel on Motorsport.tv for the latest news, interviews and reaction from the paddock. Check out the latest show The Week with Will Buxton, as the motorsport journalist takes you through the biggest stories of the last seven days.