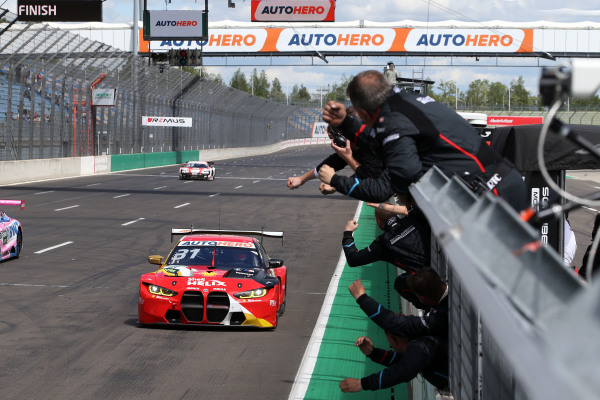 Fast Facts: Get up to speed on DTM history

Will Longman 15 June 2022
Get to know the history of DTM with five quick facts about the best drivers, manufacturers, circuits and the top speed of a car.

DTM has long been one of Europe’s leading domestic racing series. With drama-filled races held in Germany and beyond, it is quickly becoming a series motorsport fans ensure is in their weekly viewing.

If you’re just getting into the DTM and want to know a little more about the history of the sport, here’s a quick crash course: five fast facts about the series.

Find out if the DTM is racing near you by clicking here for the latest ticket information.

38% of DTM events have been outside of Germany since 2000

Despite being the national racing series in Germany, the sport has always endeavoured to visit race tracks around the world. Most commonly, 19 events have been held at Zandvoort in the Netherlands, with a further three at the TT Assen track. Twelve events have been held in Austria (the Red Bull Ring) and in the UK (Donnington and Brands Hatch).

However, at least half of the races always take place in Germany, with Hockenheim traditionally hosting both opening and closing events.

The series has raced at 3.5x more tracks outside of Germany than domestic circuits

Because of the series’ efforts to take racing around the globe, almost four-times as many international circuits have appeared on the calendars. These include European classics such as Monza, Imola, Zolder, Estoril and Spa.

But the series has spread further afield. In 2010, the series took to China to race around the Pudong Street Circuit in Shanghai. A special race was also held at Suzuka in Japan in 2019, when Super GT and DTM joined forces to form a collaborative grid made up of cars from both series.

Bernd Schneider is the most successful DTM driver

Since DTM’s rebranding in 2000, Bernd Schneider is the most successful driver in the DTM. The former Formula 1 driver laid claim to four drivers’ titles between 2000 and 2006. Since the DTM’s early beginnings in 1984, he also holds the records for most race wins (46), podiums (112) and pole positions (40).

Mercedes holds the record for most manufacturer titles

Since 2000, three brands have claimed the manufacturers’ title: Mercedes, Audi and BMW. Mercedes is by far and away the most successful, taking 11 championships to Audi’s eight and BMW’s three.

It could be argued that more teams opt to use Mercedes machinery, so this result is to be expected. However, that’s not strictly true. Over the past two decades, Mercedes has fielded roughly as many cars as the other manufacturers on the grid.

In 2020, rookie Fabio Scherer became the first-ever DTM driver to break the 300km/h barrier at Spa-Francorchamps. He hit 302km/h during the second race, and drivers Jonathan Aberdein and Philipp Eng followed suit. This was the first time the series saw such speeds, and it’s thought to be the top speed achieved by a car in the series.

However, this was only possible due to a change in regulations at DTM. The series switched to Class One regulations, as used in Japan’s Super GT series. Before this, the V8-powered DTM cars could reach around 270km/h.