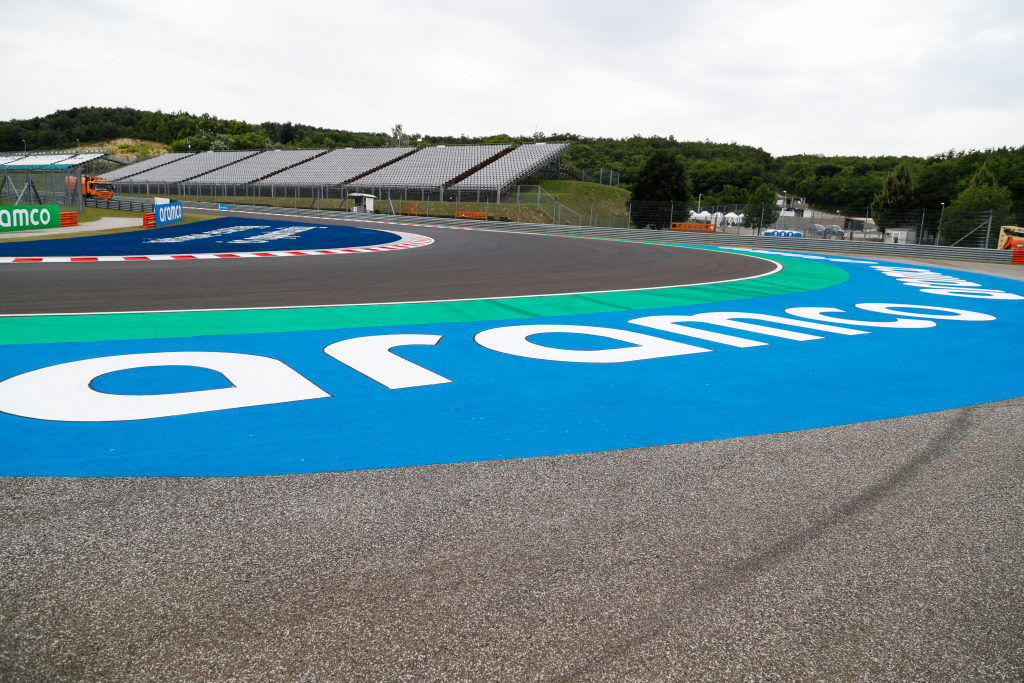 After the crowds returned in full force to Silverstone last weekend, fans will be back once again as the Hungaroring welcomes Formula 1 for the Hungarian Grand Prix.

This classic, quick track has seen many iconic Formula 1 moments of the past. in 1993, Damon Hill won his first-ever Grand Prix, but in ’97, victory was snatched away from him after a hydraulic issue. And in ’86, Nelson Piquet pulled off an incredible sliding overtake on Ayrton Senna – regarded by some as one of the best of all time.

Fans will be hoping for more drama in the Verstappen-Hamilton story as the show rolls into Budapest.

To gain access to the Hungaroring, you will need to prove your COVID immunity in the following ways:
– Hungarian citizens: Immunity verified by the Hungarian immunity certificate for all over 18;
– EU citizens: Presenting the EU Digital Covid certificate proving at least one dose of the vaccine or a recent recovery from COVID;
– Foreign immunity certificate from the following countries: Albania, Bahrain, Cyprus, Czech Republic, Republic of Northern Macedonia, Georgia, Croatia, Morocco, Moldova, Mongolia, Montenegro, San Marino, Romania, Serbia, Slovakia, Slovenia, Turkey;
– Other foreign citizens (including the UK): Must have a negative PCR test in Hungarian or English within three days of entering Hungary, and a negative PCR test within 72 hours of entering the circuit.

These certificates will also allow you to enjoy restaurants, bars and cafes around Budapest on race weekend.

IMPORTANT UPDATE: You must pick up your Covid immunity wristband before arriving at the circuit. You will have to present your negative PCR test, or EU Digital Covid Card to receive your armband. Your PCR test is valid for 72 hours from the sampling date, so if you have a Friday ticket, you must take your test after 7:30am on Thursday 29th July.

Free shuttle bus: If you are able to travel to Kerepes train station, a free-of-charge shuttle bus service will be in operation. These Volán buses will drop spectators off at Gate 3 at the Hungaroring. To get to Kerepes, use the H8 train, which runs from Örs vezér tere.

The Hungarian Grand Prix will be back to the familiar weekend format, following the excitement of the first-ever F1 Sprint. Three practice sessions, one-hour qualifying, two-hour race. Simple. Hungary is on Central European Summer Time, which is one hour ahead of British Summer Time.

According to AccuWeather, it’s going to be a warm weekend in Budapest. Expect temperatures to reach the low thirties, so be sure to keep cool in the grandstands throughout the weekend. It should also make for an interesting race, as drivers battle the track temperatures which could reach the low fifty degrees celsius.

There will be plenty of on-track action to keep fans entertained at the Hungaroring. Three support series will take to the track across all three days of the event. W Series will keep its tyres warm supporting its fourth consecutive Formula 1 Grand Prix event. F3 will reach its halfway point with its fourth round of the season, and the Porsche Supercup returns to action.

Alice Powell regained control of the W Series championship with a victory in Silverstone. She qualified on pole, but lost the lead to Fabienne Wohlwend on lap one. But with five minutes remaining, the driver from Liechtenstein went wide coming out of Club, opening the door for the British driver to take a satisfying home win. Check out our article on W Series to find out more about the championship.

There have been 7 different winners in 9 races throughout this scintillating F3 season. As the series enters its halfway point, every driver will be pushing to make their mark on the championship. Dennis Hauger has a healthy lead over Frederik Vesti in the championship, but it’s a long year ahead and anything can happen as we move into Hungary.

The Hungaroring was built in 1985 after a Hungarian friend of Bernie Ecclestone convinced him Budapest should host a race over the USSR. Originally planned as a street race, the government built this circuit just outside the city in eight months, and it is now the third most-visited tourist attraction in Hungary.

It’s a high-speed and flowing circuit with very few hard braking zones, but it makes for a sensational race track. Look out for the looping hairpins at either end of the start-finish straight, and the fast, sharp chicane at turns 6 and 7.

For a taste of what to expect, check out this Italian Formula 4 Championship race at the Hungaroring from 2019, courtesy of Motorsport.tv. It will showcase the same type of car as used in W Series on race weekend.

What happened at the last Hungarian Grand Prix?

There was drama pre-race as Max Verstappen lost grip on the slippy track on his way to the grid. He required substantial work on the grid to ensure he was able to race, but the Red Bull mechanics put in a sensational shift to re-build the front end in time for the race.

When the race got underway, it was a cautious start for every driver on the intermediate tyres. Lance Stroll shot into 2nd place while Valtteri Bottas fell four places from the front row. Eventually, natural order resumed, and Hamilton and Verstappen sat in first and second place respectively.

The story of the race came from the Haas of Kevin Magnussen, who ducked into the pits after the formation lap. By switching from the inters to the medium tyres before anyone else, he was able to score his only points of the season, and the final of his Formula 1 career.

How to stay up to date at the Hungarian Grand Prix

Or get a round-up of the latest headlines from Budapest and beyond with Motorsport.tv LIVE‘s latest bulletins. Head to their channel on Motorsport.tv for the latest news, interviews and reaction from the paddock. Check out the latest show The Week with Will Buxton, as the motorsport journalist takes you through the biggest stories of the last seven days.