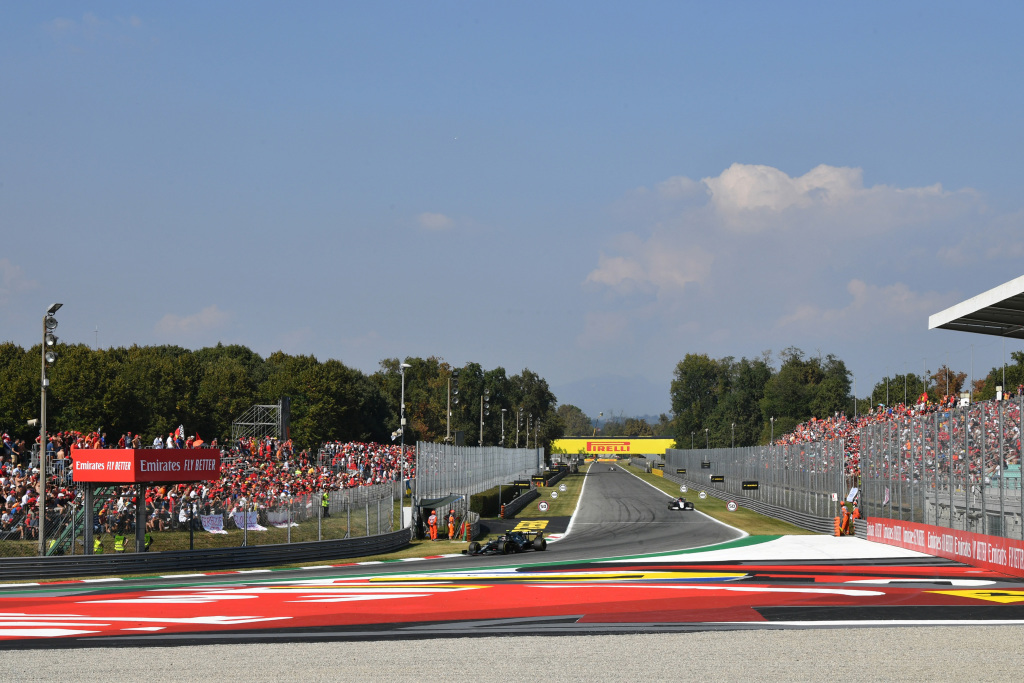 The Italian Grand Prix has undoubtedly been a highlight of each of the last three Formula 1 seasons. Ferrari winning at home, Gasly claiming his maiden victory, and Ricciardo taking the W in a McLaren 1-2 – it’s delivered epic races.

But will it deliver again this year? Max Verstappen is potentially two victories away from championship glory, but there will be plenty of drivers looking to stop him in his tracks. Given Ferrari’s disappointing season so far, they will want to impress their Tifosi fans at their home race.

Make sure you’re on top of all the action with our Race Ready guide, including circuit maps, session times, support series, weather forecast and the latest news from the weekend.

Sprint qualifying got its second outing at the 2021 Italian Grand Prix. However, this season, the Italian Grand Prix will return to a traditional format. That doesn’t mean there won’t be drama – with the immense slipstream available along Monza’s back straight, qualifying sessions have been chaotic in recent years.

There hasn’t been a wet Formula 1 race since the Monaco Grand Prix in May. That looks set to continue as the European season draws to a close, with dry conditions set for Sunday. There could be rain in the air on Friday, which will scupper any practice running the teams will be planning.

There are three support series in action throughout race weekend at Monza. FIA Formula 2 restarts with its first race since Silverstone, while Porsche Supercup and Sports Prototype Cup will also race.

Felipe Drugobich firmly placed one hand on the F2 championship at Zandvoort. He is 69 points clear of his nearest rival Theo Pourchaire as the championship comes to Monza. The Brazilian will hope to place his name into the growing pool of potential F2 talent, and mark off a dominant campaign with victory in the sprint and feature races.

It’s all to play for heading into the final race weekend for FIA Formula 3. Victor Martins is just five points clear of Isack Hadjar, meaning it could all come down to the final laps of Sunday’s feature race. Every session will be crucial, with four points on offer to the pole-sitter.

Luxembourg driver Dylan Pereira looks set to secure the Porsche Supercup title this weekend at Monza. He’s 18 points clear of Dutchman Larry ten Voorde, who has won the previous three titles. If ten Voorde was to win the race, a 9th place finish for Pereira would be enough to clinch the championship.

Monza has hosted a Formula 1 Grand Prix in every season of racing since its inception 1950 – except once in 1980.

It’s a unique circuit on the calendar renowned for its exceptionally long straight leading to enormous high speeds. The teams will adopt low downforce setups to maximise speeds along the 1.15km pit straight and 980m back straight.

But the rest of the lap is frightfully fast, too. The slowest point on the circuit comes at the turn 1 chicane, before the drivers pick up the speed towards the second chicane, which they can carry slightly more speed through. A series of quick left-handers, known as the Lesmos, test the cars’ downforce before a perfect exit is required from the third and final Chicane – Ascari.

Ascari sets the driver up for the back straight before they reach Parabolica – a formidable 180-degree left-hand turn onto the main straight.

This year, WEC races at Monza for the very first time. For a taste of the circuit, check out the action from the race thanks to Motorsport.tv.

What happened at the last Italian Grand Prix?

Racing at Monza has provided some of the great moments of modern Formula 1 history. If you thought Pierre Gasly’s win in 2020 was dramatic, you hadn’t seen anything yet…

It was the second-ever F1 Sprint weekend. Having won qualifying and the Sprint race, Valterri Bottas was sent to the back of the grid with engine penalties. But as he slowly crept his way up the order during the race, carnage ensued out front.

McLaren’s Daniel Ricciardo, who impressed with a 3rd place finish in the Sprint, stole the lead from Max Verstappen into the first corner. Behind him, his teammate Lando Norris was mixing it with the title contender Lewis Hamilton. That was until a slow Red Bull pit stop saw Max Verstappen join them in the fight for second, until an almighty crash at the first turn.

When Hamilton rejoined after his pit, he came out directly between Lando and Max, before he found himself underneath the Dutchman’s chassis. Verstappen was hurled up into the air, landing on top of Lewis’ Mercedes and taking them both out of the contention.

As the race restarted, Ricciardo asserted his dominance. While Norris believed he had the pace to overtake his teammate, the veteran Aussie proved his experience by snatching the fastest lap on the final tour of the circuit. A memorable day for McLaren saw them seal their first 1-2 since 2012.

How to stay up to date at the Italian Grand Prix

And after both qualifying and the race, join Autosport‘s top brass to review all the top talking points. Check out the latest episode of the Autosport Podcast below, and subscribe wherever you get your podcasts.