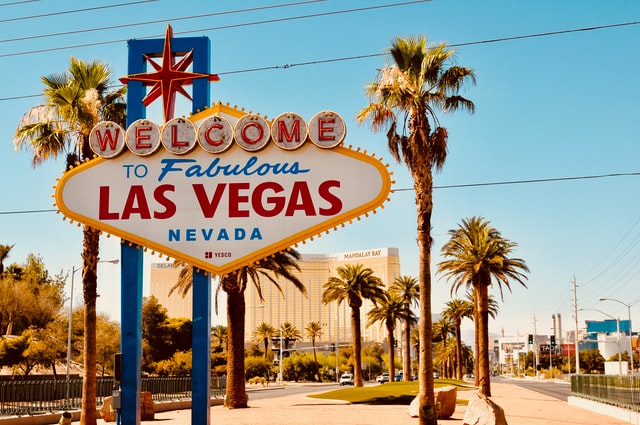 Las Vegas Grand Prix: everything you need to know about F1’s race in Sin City

Will Longman 31 March 2022
Las Vegas is set to host a third Formula 1 race event in the United States in 2023. Find out more about the circuit, tickets and more here.

The newest race to appear on the Formula 1 calendar has been announced, as the sport gears up to welcome the Las Vegas Grand Prix to the circuit. A city that already has a history with F1 racing, Sin City is set to host the third of three races in the United States in 2023. So why Las Vegas, and what makes this race so different?

It’s a dream scenario for Formula 1, whose parent company Liberty Media has been on a mission to break the US since acquiring the sport. Along with the now-traditional United States Grand Prix at COTA in Austin, and the addition of the Miami Grand Prix in ’22, a race in Las Vegas completes a trio of wildly different races in the States hitting different demographics across the country.

And for fans, the chance to see racing along the iconic Las Vegas Strip with the cars passing some of the world’s most famous landmarks will create unforgettable memories for anyone attending.

Delve into everything you need to know about the Las Vegas Grand Prix, including the circuit layout and ticketing information, right here.

Why is Formula 1 racing in Las Vegas?

This won’t be the first time Formula 1 has raced in Las Vegas. For two years, a circuit was set up at Caesar’s Palace. Safe to say, it wasn’t the most imaginative of circuits, with a pretty basic track layout around the hotel’s parking lot. It was a key race in the Formula 1 history books, however, with Nelson Piquet and Keke Rosberg both securing World Championships at the race in 1981 and 1982 respectively.

So F1 has a history with the city, but its return in the 21st century has more modern motives. Formula 1 is focused on cracking the United States as a key market, and its having success. Viewership is up, and so is attendance, with more than 400,000 tickets sold for the United States Grand Prix in Austin in 2021. That’s up from barely 100,000 just a few years ago.

This has lead Formula 1 to build on its success stateside. A second race has been added to the 2022 calendar in Miami around the Hard Rock Stadium, and now, Formula 1 itself will be promoting a new race in Sin City.

As the Entertainment Capital of the World, Vegas seems like a logical place to base an F1 race. The bright lights, glitz and glamour of the city is synonymous with the sport, and it will be easier to close the main streets of Vegas than another US city like New York or LA.

Hosting the race at night will bring challenges: with the race set for a 10pm start time in November, temperatures probably won’t be in double-digits during the Grand Prix. These are challenges that will be addressed closer to the time as F1 battles to ensure the racing on track matches the spectacle of the event.

Herman Tilke has had the responsibility of constructing the circuit around Vegas’ streets. It comes in at 6.12km, which will make only Spa and Jeddah longer circuits. This is complete with a 1.92km straight, just 300m shorter than the longest straight in F1 at Baku. Speeds along the straight are expected to hit 330km/h, and provide epic overtaking opportunities along the Las Vegas Strip.

The race will start with a rush into a tight hairpin that could be a key overtaking opportunity akin La Source at Spa. There will be a long, looping 180-degree turn similar to that of the Sochi Autodrom at turn 6, and an epic chicane in the heart of the city at the end of the straight at turns 11 to 13.

This street circuit will couple enormous speeds with great corners to test the drivers’ bravery on the brakes, and should produce a memorable race.

When will the race take place?

Officially, no date has been set for the race in Vegas. However, it has been confirmed that the race will take place on Saturday night local time. Despite recent history, it will be far from the first time a Grand Prix hasn’t been held on a Sunday. During the early years of the sport, races were often held on Saturdays as recently as the 1985 South African Grand Prix.

So why are organisers considering Saturday for a modern race? The rumour is that the Las Vegas Grand Prix will be held across Thanksgiving weekend, which will be 23rd to 27th November. Of course, a major tradition in American households during Thanksgiving is the major sporting weekend with three prime time matches on Sunday. F1 will be looking to maximise its audience by avoiding the NFL Sunday, hence the move to Saturday.

The 10pm start does raise some questions. While it might be a decent time for the eastern Americans, it will be 1am in New York, meaning a late night for some Americans.

How will I be able to watch the race?

Grandstand and attendance information has yet to be revealed by Formula 1 and promoters yet. However, it is expected to attract over 170,000 fans across the race event.