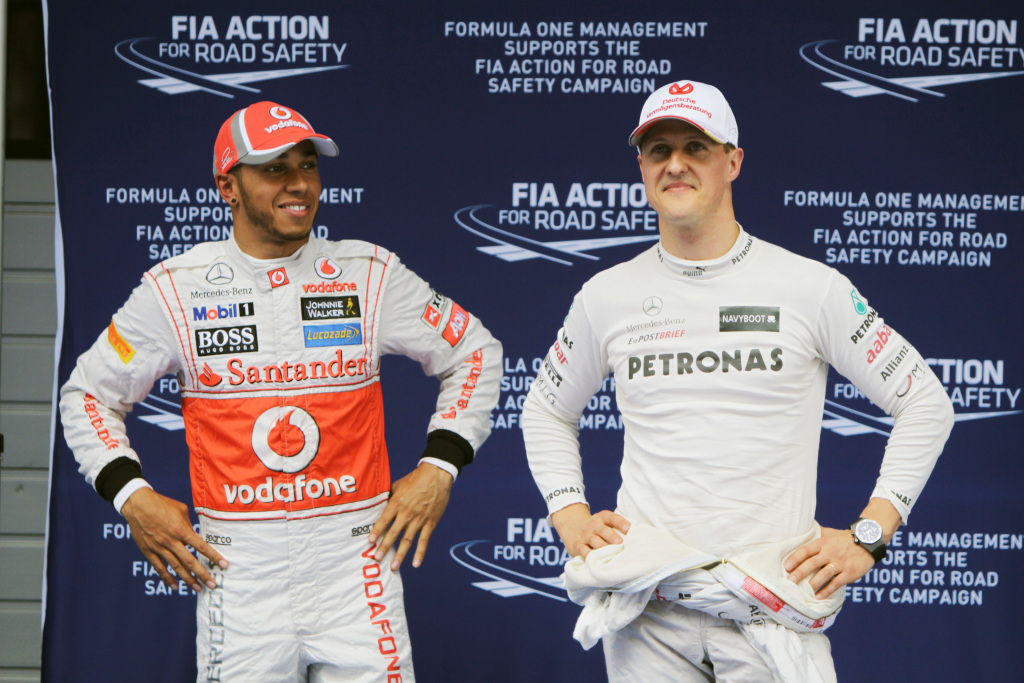 Lewis Hamilton vs Michael Schumacher: who is the greatest F1 driver of all time?

In the 2020 Formula 1 season, Lewis Hamilton ticked off several of Michael Schumacher’s long-standing records. Some records we thought would never be beaten were falling one-by-one to the hands of the Briton.

Schumacher’s seven World Championships were thought to be untouchable. At the turn of the last decade, it was fellow German Sebastian Vettel who looked the most likely to get close with a string of four in a row. But Lewis Hamilton has won every title bar one since Vettel’s last in 2013.

So, how does Lewis Hamilton shape up to Michael Schumacher? The two drivers only raced against each other for three seasons. Schumacher returned the year before Hamilton’s debut, but returned from 2010 to 2012. And when he left Mercedes, he made way for Hamilton himself.

We’ve looked at how they compare in terms of championship wins, pole positions, points. But in our in-depth video, we’ve gone further. We’ve applied different scoring systems to their races, looked at the gap by which they take pole position, and compare their performances to their teammates.

Watch the video below, and decide for yourself who is the greatest driver.

It’s difficult to compare Hamilton and Schumacher, as they raced at very different times. While both dominated the sport for their respective periods, it’s hard to say for certain who is the best as there are many factors at play.

For instance, we can’t compare their points totals, as there are different scoring systems at play in 2021 than in the 1990s. So we’ve extrapolated both drivers’ results and applied both scoring systems from 1991 and 2021.

We’ve looked at how many pole positions each driver achieved, but in a bid to see who was the most dominant, looked at the margin by which they achieved pole. This might tell us if the car they are driving is most dominant, or if it’s their driving ability.

Finally, we compared teammate performance. In Formula 1, they say your number one rival is your teammate, as you’re competing in the same machinery. For that reason, we’ve looked at Hamilton and Schumacher’s championship results, and compared them with their teammates.

Take a look at the data below, and make up your own mind as to who is the greatest.

Can you compare Lewis Hamilton and Michael Schumacher?

While we may have provided some insight into the two drivers, ultimately, it’s impossible to decide who is the best. Both drivers could only race the cars on the track ahead of them, and they have excelled at that. But right now, numbers alone aren’t enough to determine the greatest outright.