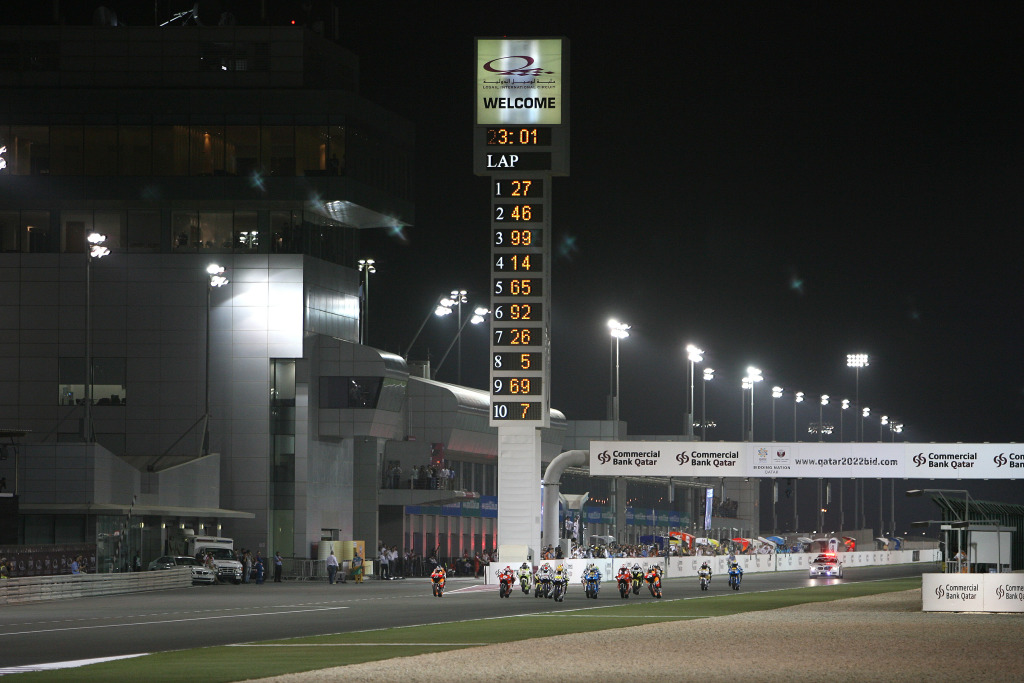 Will Longman 30 September 2021
Formula 1 will hold the first-ever Qatar Grand Prix in 2021, which will be held for ten years from the 2023 season onwards.

Formula 1 has announced that it will race at the Losail International Circuit in November at the first-ever Qatar Grand Prix, taking place from 19th to 21st November.

The race will replace the Australian Grand Prix, which was cancelled in the summer due to the ongoing pandemic. It will fill the ‘TBC’ slot on the calendar, and complete a triple-header after races in Mexico and Brazil.

It has also been announced that Qatar will join the calendar on a ten-year deal from 2023, making it a permanent fixture for the next generation of Formula 1. However, the location of the race is yet to be confirmed.

While Formula 1 has never raced at the Losail track, it is a popular MotoGP venue, and it usually hosts testing and the opening rounds of the championship. It has also hosted World Touring Car Championship and Endurance World Championship races, and is equipped with lighting to host night races.

The 5.4km circuit features 16 corners, including several long-radius turns that will prove testing on the drivers’ physical limits. The track width is relatively slim at Losail, which could make overtaking a challenge for all drivers, but there are plenty of opportunities for brave moves to be made.

Pivotal race in the championship

In 2021, the race will be the 20th race of the 22 race season. With the championship finely poised between Lewis Hamilton and Max Verstappen by just a couple of points, this unknown track could prove all-important in the title race.

In 2017, 2018 and 2019, Lewis Hamilton has clinched the title at the third-last race of the year. While the title race is much closer in 2021 than previous years, it will still see the two contenders looking to maximise their points haul.

With collisions at Silverstone and Monza mid-way through the season, it’s likely tensions will be high as Formula 1 comes to the Qatar desert.

The Losail International Circuit has a capacity of 8,000 with one large main grandstand along the pit straight.

Ticket details have not yet been announced for the Qatar Grand Prix, but you can sign up to the Motorsport Tickets newsletter for the latest information as soon as it’s announced by clicking here.