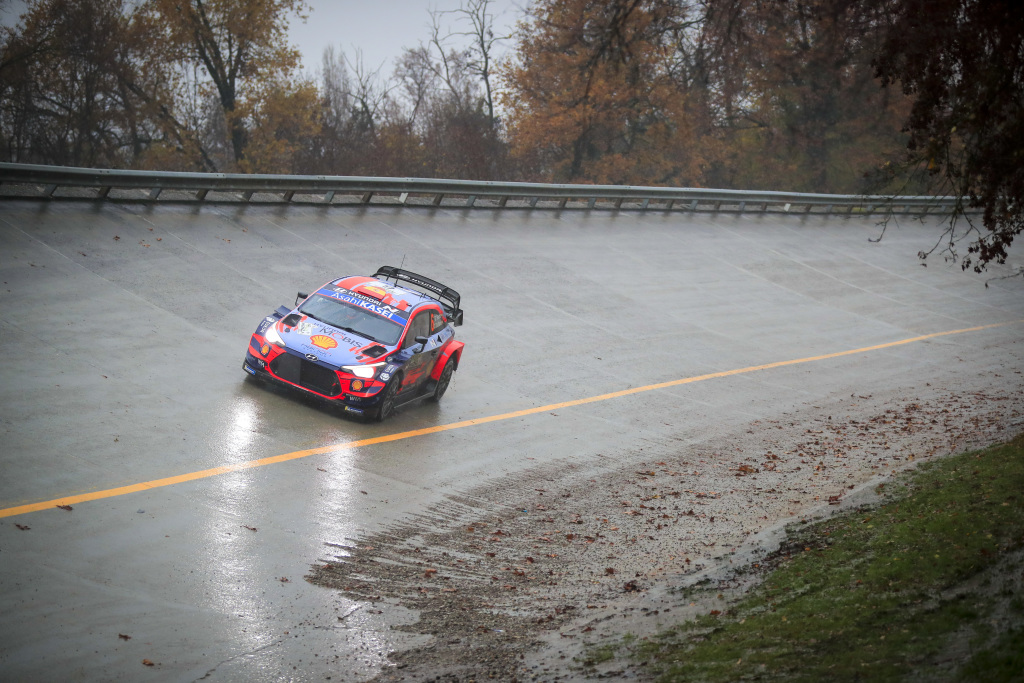 Will Longman 25 October 2021
As Rally Monza is set to host the World Rally Championship finale in 2021, we answer five big questions to get you up to speed for the event

World Rally Championship is returning to Milan as Rally Monza wraps up the ever-exciting 2021 season. Having debuted on the WRC calendar in 2020, it was announced in September that it would replace the Japanese event as the final race of the year.

And a fitting venue it is, too. Several technical challenges will be faced by the drivers, with a title on the line. Elfyn Evans will be after redemption, having blown a points advantage last year at the final event, handing the championship to teammate Sebastian Ogier. This year, the Welsh driver is chasing the Frenchman with the knowledge anything can happen  – so long as he can keep it on the track.

Sixteen stages will take place at the circuit from Thursday to Sunday, with six stages in the mountains near Lake Como on Saturday. Tickets have just gone on sale for the event, so here’s what you need to know about the season closer and how you can be there.

Why is the race taking place at Monza?

The World Rally Championship has undergone many changes throughout the 2021 season. Rallies in Britain, Japan, Sweden and Chile were among those cancelled, and those in Mexico and Germany did not appear on the calendar.

Rally Australia which has traditionally concluded the year’s action has not appeared on the calendar since 2018.  While the Monza Rally Show has been held annually since 1978, it was drafted in late during the 2020 season to act as the eighth and final race.

When the 2021 calendar was announced, Monza was featured on a reserve list of races ready to step in should there be any disruption during the season. In September, it was announced the Italian circuit would replace Rally Japan, and once again host the finale.

What are the Rally Monza stages?

There are 16 stages across four days at Rally Monza. After the shakedown on Thursday, the action kicks off with the Monza Legacy stage. It takes the drivers along the main straight of the Monza circuit, weaving in and out of makeshift chicanes before transitioning into the muddy infield section of the circuit.

Friday will see five special stages at the circuit. These will take in some of the legendary corners that Monza garners its reputation as the ‘Temple of Speed’ from Ascari, the Lesmos, Parabolica and the banked oval will all provide challenges for the drivers. The highlight is the 6th stage – the Grand Prix stage – which is 10km around the circuit in darkness.

The Saturday sees three courses in the mountains near Lake Como run twice, before returning to the circuit for the Grand Prix circuit run for a second time. The mountain stages were particularly tricky in 2020, when drivers had to contend with snow and ice through the courses.

On Sunday, we’re back at Monza for a third run at the Grand Prix course. The final two stages are around the Serraglio test, with SS16 forming the Power Stage with bonus points up for grabs.

Who can win the championship?

After 11 rounds in the 2021 season, Toyota Gazoo Racing teammates Elfyn Evans and Sebastian Ogier are separated by just 17 points. Ogier leads the championship with four rally victories this year after a solid start, with two all-important power stage wins. Evans sits in second, with two rally victories and one power stage victory.

Momentum could well be with Evans, who won in Finland and came second in Spain, while Ogier hasn’t had a victory since Rally Kenya in June.

There are 25 points on offer for the winner, and 18 for second place. But add to the mix the five bonus points awarded to the winner of the power stage, it could be a very interesting Sunday.

If Ogier finishes 3rd or higher overall, he will be champion regardless of Evans’ performance and power stage points. The lowest Evans can finish and still win the title is 3rd, but he will need to pick up three power stage points and for Ogier to leave Monza pointless.

The Welshman hasn’t outscored the Frenchman by 18 points at all this season, but that’s what he’ll need to do to get his hand on the trophy for the first time.

What happened at Rally Monza in 2020?

All drivers had to get used to the tricky conditions at Monza, which saw the cars transition from slick circuit conditions to the grass and banks of the infield. The wet and muddy conditions also didn’t help, with reigning champion Ogier suffering a crash in the wet on day one.

On Saturday, the cars moved towards the mountain stages of the rally. Covered in snow, the tight roads resembled that of the Monte Carlo event. There were several spins, as slippery ice appeared throughout the stages.

Elfyn Evans was locked in a title battle with Ogier, and performed well throughout the initial mountain stages. But later in the afternoon, he suffered a spin that put his Toyota off the road. His championship hopes crashed along with his car, which was stranded. There was another big hit on the ice from Elliott Edmondson on stage 10, with the car ending up on its roof.

On Sunday, the muddy circuit hosted the final three stages of the season. Ogier was in a prime position to secure his second rally victory of the year and the championship. He took his 49th win, and celebrated his 7th title victory in the royal parks of Monza.

How can I be at Rally Monza?

General admission tickets are just £9 for Thursday and Friday, and £24 for the season conclusion on Sunday. For an extra £9, fans can upgrade to the VIP Paddock which grants you access to the Service Park. Here you can get up close to the cars as they’re being serviced by the teams between stages.

You can book general admission and upgrade tickets with Motorsport Tickets now by clicking here.