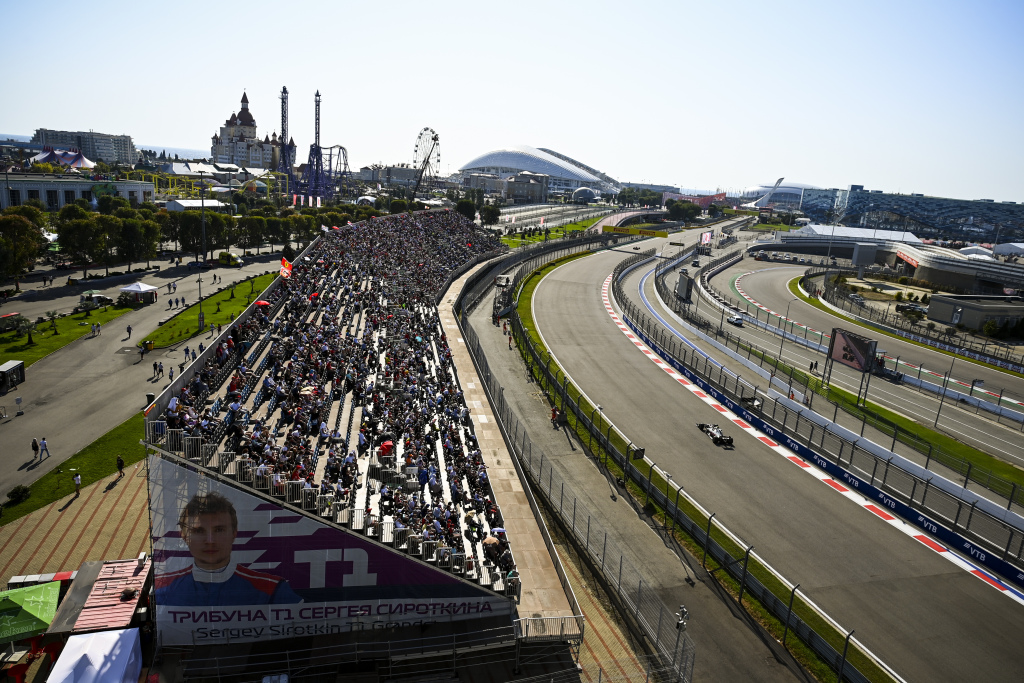 The Russian Grand Prix is back for 2021, the penultimate visit to Sochi before Formula 1 moves to Igora Drive in St Petersberg.

With Lewis Hamilton and Max Verstappen crashing out dramatically in Monza, both title contender will be hoping to get one over their rivals with a win here. It will be tough for Verstappen, though, with Mercedes taking victory at every Russian event since 2014.

And there are scores to be settled in the support series, too. F3 enters its final weekend with Dennis Hauger and Jack Doohan going into battle for the championship, while F2 is also in action as the rumour mill is rife with speculation around the remaining F1 seat for 2022.

There has never been a wet Russian Grand Prix race, and we’re not expecting that to change this upcoming weekend. However, there could be a wet practice session or two on the Friday. Of course, time will tell whether the rain comes down – you can check the latest weather updates below.

For the first time this season, F2 and F3 will be supporting Formula 1 at the same race. Both series are at very different stages of the championship. F2 has three rounds remaining, and there will be a long gap between Sochi and the next race in Saudi Arabia. While in Russia, F3 will crown its champion in the final weekend and last chance for young drivers to make a name for themselves.

F2 returned in Monza for the first race since Silverstone, and Oscar Piastri pulled out his first feature race victory. He now sits handsomely at the top of the standings. However, the Australian has never raced at Sochi Autodrom, as the F3 round in 2020 was cancelled, so it could offer an opportunity for the more experiences Guanyu Zhou to close the gap.

It’s the final chance for Jack Doohan to challenge Dennis Hauger for the F3 title. Doohan is 43 points behind Hauger, which is a big ask. In Belgium, Doohan scored a mega 44 points compared to Hauger’s 6, and he will need an even better weekend in Sochi to steal the title from the Norwegian.

The Sochi Autodrom is a unique circuit against a fascinating backdrop around the Winter Olympic Park. The track passes the numerous ice domes, parks and sights from the 2014 Winter Games.

With a huge straight down to turn 1, tucking into the slipstream is a vital element to this race. This was vital in 2019 when Sebastian Vettel took the lead after following teammate Charles Leclerc along the straight.

Turn 3 is a mega 180-degree left-hander with multiple apexes to hit, and has been known to throw up chaos and a slick overtaking move.

Sochi has received criticism for featuring a number of right-angled turns – a critique of many street circuits – but in Russia, this provides a number of braking zones and overtaking opportunities.

What happened at the last Russian Grand Prix?

There was lap one drama in Sochi in 2020. Bottas timed his start from 3rd perfectly, as he slotted behind teammate Hamilton to catch a slipstream into turn 1, but failed to take the lead. There were crashes behind, as McLaren’s Carlos Sainz misjudged his re-entry through an exit road and crashed into the barrier, while Lance Stroll was crashed out of the race.

To add to the drama, Lewis Hamilton was awarded two 5-second time penalties for practice start violations – a race misdemeanour that scuppered his chances of victory.

There was some epic racing action involving Lando Norris and Alex Albon. First the pair tussled with streaming friend George Russell after they fell to the back of the pack in the pits, and then with Pierre Gasly late on in the race.

How to stay up to date at the Russian Grand Prix