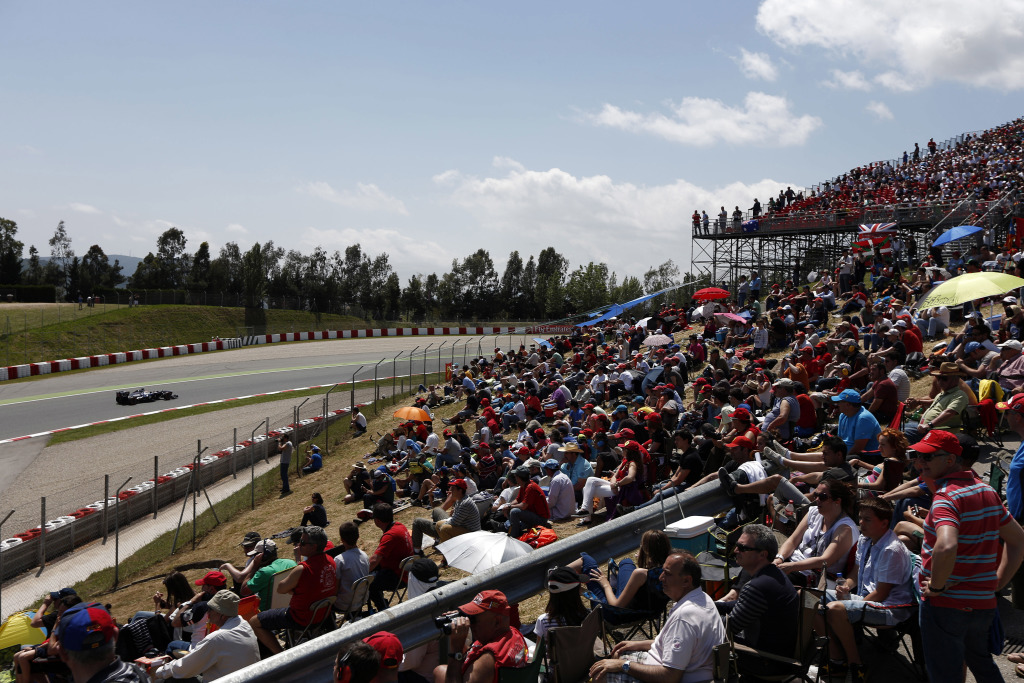 24 Mar 2021 Will Longman
Check out five Spanish Grand Prix moments from Circuit de Barcelona-Catalunya that will go down in the Formula 1 history books.

There’s something about the Spanish sun that makes racing in Barcelona extra feisty. Since the Spanish Grand Prix first raced in the Catalan capital in 1991, the greatest drivers on the grid have pushed wheel-to-wheel.

With the circuit set to host the Spanish Grand Prix for many years to come, we take a look at some of the most memorable moments the track has given fans in recent years.

Nigel Mansell was never a driver to give up on a race, and at the 1986 Spanish Grand Prix, he pushed the great Ayrton Senna all the way. After coming into the pits for fresh rubber, the British driver charged down the Brazilian at Jerez. But Senna held on, just. In what was one of the closest finishes in Formula 1 history, the Lotus driver took the win by 0.014s. The duo weren’t done there, either. In 1991 in Barcelona, the rivals battled during a damp race. Mansell was the victor this time, as sparks flew when he passed Senna’s McLaren on the main straight for 2nd position.

Schumacher gets stuck in fifth in 1994

It may be one of the defining performances in Michael Schumacher’s early career, despite the German finishing second. For most of the race, Schumacher’s Benneton was stuck in fifth gear. But he drew on all the experience he had to adapt his style, keep up with Damon Hill’s leading Williams, and even manage two pit stops without stalling the car. A well-deserved second place showcased his driving skill and technical ability. Two years later, Schumacher would take his first win for Ferrari at Barcelona, making it a memorable track for the legend.

It’s looked like a done thing in 2001. Mika Hakkinen was streaks ahead of Michael Schumacher’s Ferrari by almost 40 seconds. It would have been his fourth successive victory in Barcelona, but a ploom of white smoke signalled there were issues for the McLaren. Without warning, his Mercedes engine gave way and the Finn cruised to turn seven on his final lap. Stopped with just five corners to victory, Schumacher passed to take the win. I the post-race conference, Schumacher displayed his class stating “I wanted to apologise, it belongs to him to be sitting here”.

The title battle was heating up in sunny Barcelona. It was clear the 2016 World Championship would be fought between Mercedes’ Lewis Hamilton and Nico Rosberg. But another story was emerging at the race, as Red Bull decided to swap Daniil Kvyat for the young Torro Rosso driver Max Verstappen. Tensions boiled over between Hamilton and Rosberg, and they took each other out in dramatic fashion on lap one. With tempers flaring off track, Verstappen kept his cool and went on to take victory in his first Red Bull race. That not only made him the first Dutchman to win a Grand Prix, but the youngest driver ever to take victory.

Venezuelan Pastor Maldonado had relatively short Formula 1 career during which he became known for his erratic style. But on one sunny Spanish Sunday, he proved himself. Inheriting pole position from Lewis Hamilton, Maldonado lost the lead to Alonso on the first lap. But thanks to handy work from the Williams pit crew – who also had to deal with a fire during the race – Maldonado undercut the Spaniard to break local hearts. He withstood pressure from the Ferrari driver later in the race to go on and score his first and only podium and win in the sport. Thus proving that anyone on the grid is in with a shot of victory at Spain.