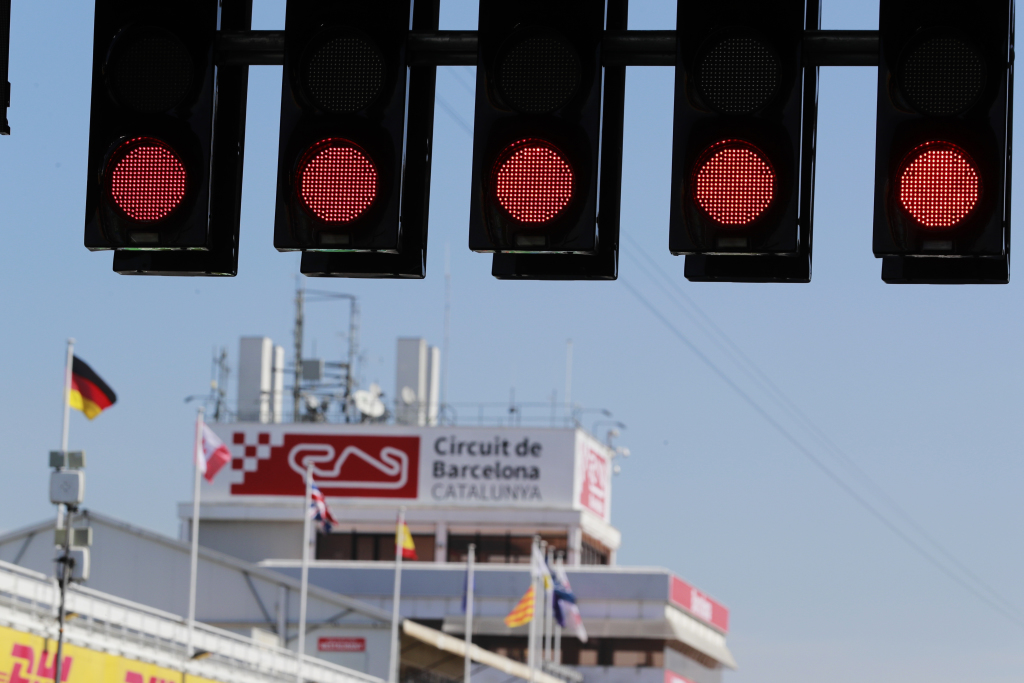 Spanish Grand Prix: race preview, session times, and what to watch for

Will Longman 12 May 2022
Check the Spanish F1 Grand Prix session times, circuit facts, weather report and support races for the event in Barcelona

After all the hype and commotion in Miami, Formula 1 returns to Europe in May for the traditional Spanish Grand Prix in Barcelona.

We return to the Circuit de Barcelona-Catalunya for the first race in Spain with fans since 2019. And fans are expected to fill the grandstands in record numbers to get a glimpse of the brand new cars that debuted here just over three months ago in testing.

But there’s added excitement for the Spanish crowd this year. With a powerful Ferrari capable of winning races, Carlos Sainz is in a prime position to become just the second Spanish driver to win on home soil. The first and only driver to do so will be returning to Spain for the first time in four years; Fernando Alonso will be looking to make up for a disappointing race in the States.

At the front, we could be looking at a continuation the evolving title battle between Max Verstappen – who lost to a smart strategy from Lewis Hamilton here last year – and Charles Leclerc, who has never been on the podium in Spain.

Get up to speed with everything you need to know before the race with our Spanish Grand Prix preview.

The circuit at the Spanish Grand Prix is usually one the teams are very accustomed to. In 2020’s pre-season test, Mercedes raked up over 900 laps alone across the eight days. But the circuit they arrive at this weekend will be slightly different to what they’re used to.

At sector three’s turn 10, which is usually a key braking area after the second DRS zone, the corner has been opened up. This will see the cars carry more speed into the final sector, but may also remove an overtaking opportunity after the straight.

It’s a relatively major change to a circuit that’s rarely been altered. Turn 10 used to be much wider, which benefitted MotoGP’s motorbike riders when they visit. In 2004, the sharper turns were introduced to encourage more overtaking.

But the biggest change came in 2006. A sharp chicane was built into the circuit right before the final turn. As the slowest section of the lap, nailing these corners is key to a decent lap time.

Last season’s Spanish Grand Prix was an early taste of the intense battle of skill and strategy that would make the season one of the greats.

With Hamilton on pole and Verstappen in second, the Dutchman asserted his hunger for first by aggressively diving down the inside at the very first opportunity. Almost forcing Hamilton off the track, Max went on to build a lead with Lewis close in his wake.

Throughout the race, there was some decent racing between cars throughout the midfield – which has been somewhat of a commodity at the Spanish GP in recent years. But events really spiced up on lap 43 when, trailing by less than 1 second to Verstappen, Mercedes committed to a two-stop strategy. Hamilton pitted to strap on a fresh set of medium tyres, and set about hunting Verstappen, who would remain on his 17-lap old tyres for another 23 laps.

It only took 16 seconds for Lewis to close down the 22-second gap to the leader, and he caught Verstappen on lap 60 – a stroke of genius from the Mercedes pit wall had paid off. Their driver now led the championship by 14 points.

Spain sits on Central European Summer Time, and as such is one hour ahead of British Summer Time. All sessions will start later than they did in 2021 with the exception of the Grand Prix.

Summertime in Barcelona is set to bring warm weather to the Circuit de Barcelona-Catalunya, according to AccuWeather.

Temperatures will average around 26°C throughout the weekend, and we’re set for a dry but cloudy weekend. It will be sunny in spells, so fans attending the race should make sure to pack suncream, caps and take plenty of fluids.

Formula 2 may have been lucky to avoid the wet weather conditions in Imola last time out, but that didn’t mean the races weren’t characteristically chaotic. A crash-filled feature race saw Theo Pouchaire take the win, and move ahead of the unfortunate Felipe Drugovich in the championship.

FIA Formula 3 returns for its third of nine rounds in the 2022 season. So far, the four races have been won by four different drivers and teams – so each competitor will believe they have a shot at victory. Frenchman Victor Martins leads the championship thanks to his feature race win in Sakhir. He’s level on points with Arthur Leclerc, yet to win a race in 2022 and rueing a pointless sprint race in Imola.

W Series got underway for its third full season in Miami with an exciting double-header. Both races were won by two-time champion Jamie Chadwick, but that only tells half the story. In race one, a big crash in the closing stages brought out the yellow flag, just as Emma Kimalinen took the lead before the safety car was deployed. When the safety car pulled in, there was one remaining lap to decide the opening race. Chadwick got a great restart and retook the lead as the Finnish Kimalinen broke deep into turn 1. As she look to retake the 2nd place she also lost to Marta Garcia later in the lap, contact knocked her out of the points completely.

W Series returns to Catalunya where it conducted its 2022 season tests earlier in the year.

How to stay up to date at the Spanish Grand Prix

You can keep up-to-date with all the breaking news by following Motorsport.com and Autosport throughout the race weekend.

Mask restrictions have been lifted in all public places in Spain since April 2022, with the exception of travelling by plane, bus, train and in medical environments. So fans should ensure they wear a mask travelling to and from the circuit. The requirement to show a Green Pass when entering bars and clubs has also been lifted, so we do not anticipate the need to show a COVID testing or vaccination proof when entering the circuit (but this may be subject to change.)