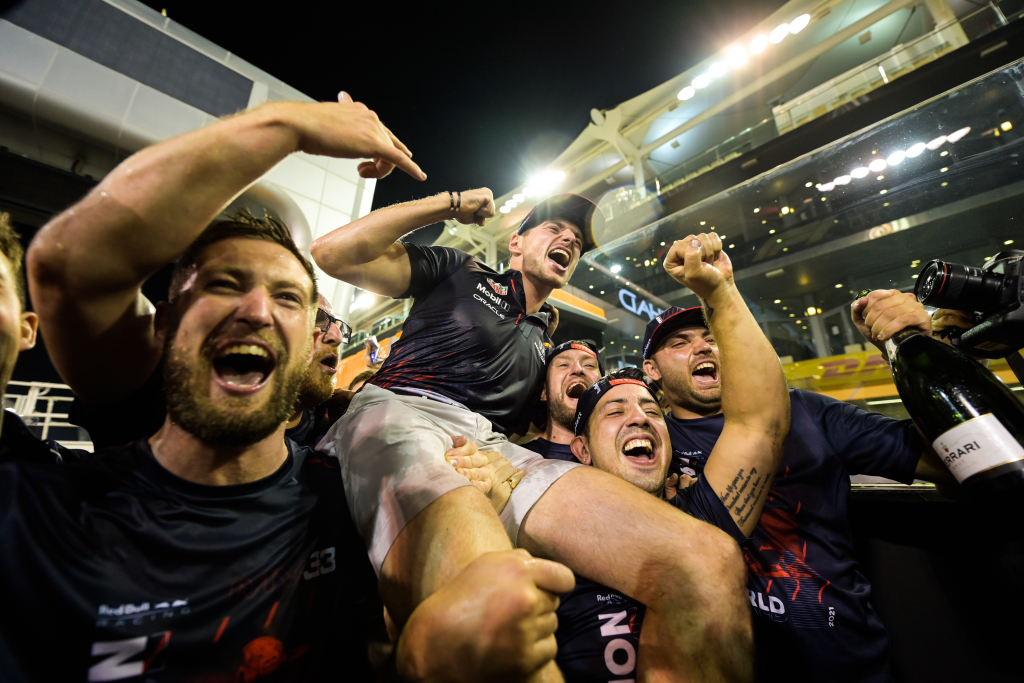 This is how Max Verstappen will become F1 champion in Singapore

28 Sep 2022 Will Longman
Find out where Max Verstappen, Charles Leclerc and Sergio Perez have to finish for the F1 title to be secured at the Singapore Grand Prix

As we come to round 17 of the 2022 Formula 1 season, there’s every chance the sport could leave Singapore having crowned Verstappen as champion once again.

Well, not every chance, but as we cross the three-quarter mark of the calendar, it looks all but assured that Max Verstappen will clinch a consecutive title soon enough.

He’s won 11 races from 16 so far and has a 116-point advantage over his nearest title rival Charles Leclerc, with a maximum 164 points available.

That technically keeps Verstappen’s Red Bull teammate Sergio Perez still in the race, as he trails the Dutchman by 125 points. Mathematically, George Russell could still win the championship as he trails by 132 – but that would require near-miracles to come to fruition.

So how difficult would it be for Max to clinch the title this weekend, and what are the odds of him doing so?

There is only one thing Max has to do to be in with a chance of championship glory in Singapore: win.

Should Max finish 2nd and take the fastest lap, he would have a 134-point lead over Leclerc, but there would still be 138 points on the table. Instead, he requires a minimum 23-point swing during this weekend’s race.

There are a few ways this can happen, but 19 is the maximum amount of points you can score without winning, victory will be necessary.

How likely is Verstappen to take the championship in Singapore?

This is a slightly different question. According to Oddschecker at the time of writing, Verstappen is 13/19 to take victory in Singapore.

However, with all permutations considered, Sky Bet places the odds of Verstappen clinching the title this weekend at 10/1. That’s the same likelihood it’s placed on Lewis Hamilton winning the race itself.

But a dramatic race is guaranteed. The safety car has been deployed 21 times, and in every single running of the race at Marina Bay. And with the weather in Singapore threatening to come into play throughout the weekend, it could be anyone’s race for the taking.