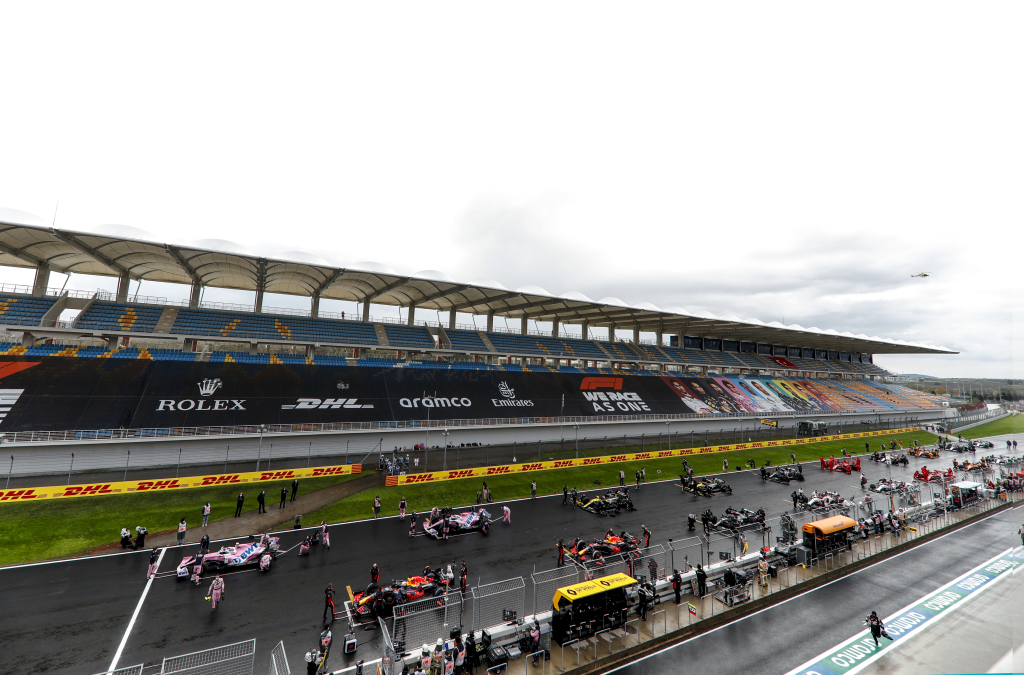 The Turkish Grand Prix is back. After a thrilling return to the Formula 1 calendar in 2020, producing one of the best races of the year, fans will be hoping for much of the same as they watch from the grandstands in 2021.

There will be a return to racing for the passionate Turkish motor racing fans, who were not able to cheer on their favourite drivers last year. So if you are heading to Istanbul, our Race Ready guide will have everything you need to know about the weekend.

If you’re not heading to the track, there’s still plenty for you, including a recap of last year’s epic race.

If you are heading to Istanbul for the Turkish Grand Prix, there are a few things you need to know about getting into the circuit.

It’s really simple to make your way into the circuit if you’re a foreign national visiting Turkey. Simply head to the Turkish health authorities website and complete the locator form. This will produce a HES code – you need this to board a plane into Turkey. It will be scanned at the circuit, and as long as the result reads ‘RISKLESS’, you’ll be granted entry. Find out more about obtaining the HES Code here.

For nationals of Turkey, your HES Code should display that you have been vaccinated 14 days before the event, recovered from COVID in the last 180 days of having had a negative PCR test in the last 48 hours.

Turkey Time is the same as Moscow time, so the session schedule matches that of the recent Russian Grand Prix. The Turkish Grand Prix gets underway at 11:30 on Friday morning with the first of three practice sessions, with qualifying at 1500 on Saturday, and the race at the same time on Sunday.

The 2020 Turkish Grand Prix was pandemonium, in part thanks to the weather wreaking havoc. A slippy, newly-laid track saw cars sliding across the track, and surprise results all weekend. Luckily, the elements should remain at bay this year, and we’ll get to see the cars hurtle around this incredible circuit at full speed.

Another issue at the 2020 Turkish Grand Prix was the track surface. With no support series races to lay down rubber, the newly-laid asphalt produced a slippery surface even before the rain began. This year, organisers will run three different series throughout the weekend to ensure history doesn’t repeat itself.

The Silver Cup was set up to offer the chance for amateurs to get into racing in 2016. A short series with six races at the Istanbul Intercity Park circuit, it pits 25 drivers against each other in Renault Clios. Turbo-charges 1500cc engines and 90 horsepower to play with, it’ll be an enjoyable watch to get the weekend underway.

The Intercity Gold Cup is a step up from the Silver cup. 160hp Renault Meganes racing around the national circuit. Again, registration for this trophy was open to anyone, so you’ll likely be witnessing the biggest race of these drivers’ lives.

There will be two Platinum Cup races in action across the weekend. The legendary Caterham Super 7’s will produce exciting action with passionate drivers at the wheel.

It’s always been a fan favourite track, so when Istanbul Park was announced as a replacement for the 2020 Formula 1 season, it was met with a wildly positive reception.

A high-speed track with a number of straights and sweeping corners, there’s one turn that has a reputation that precedes itself. The legendary turn 8 is a flat-out, multi apex corner that has drivers sweeping almost 270-degrees in rotation. It’s a formidable turn that takes masterful car control to nail lap-after-lap.

Look out for any action right at the end of the lap, too. A series of slow chicanes following a long straight, and right before the finish line, means drivers can line up an epic pass right up until the last lap. Just ask Charles Leclerc, who lost two positions in the final three corners in 2020.

For a taste of what’s to come, check out the greatest Turkish Grand Prix moments on Motorsport.tv.

What happened at the last Turkish Grand Prix?

It was a weekend that had it all. With a wet weather qualifying session on Saturday, Sergio Perez and Lance Stroll were the big stories before the race. Stroll registered his first-ever pole position, with his teammate starting in 3rd – much to the disappointment of Red Bull’s Max Verstappen.

The rain didn’t let up, and the cars began the race on full wet weather tyres. Verstappen had a poor start, allowing the Racing Points to set up a 1-2 at the front of the pack. There were struggles throughout the field, including for Lewis Hamilton and Verstappen, who span out following Perez.

Unfortunately for Stroll, a piece of debris lodged in his car killed his complex aerodynamic set up and he fell down the pack. But it opened the door for Perez and Ferrari’s Charles Leclerc, who was showing good pace and pitted at the perfect moment putting him into 3rd place.

Lewis Hamilton crossed the line 30 seconds ahead of the pack – with intermediate tyres that had worn to effectively act like slicks – to secure his seventh World Championship. More action followed, as Charles Leclerc locked up overtaking Perez for second-place in the dying moments, allowing the Racing Point and Ferrari teammate Sebastian Vettel through to complete the podium.

How to stay up to date at the Turkish Grand Prix