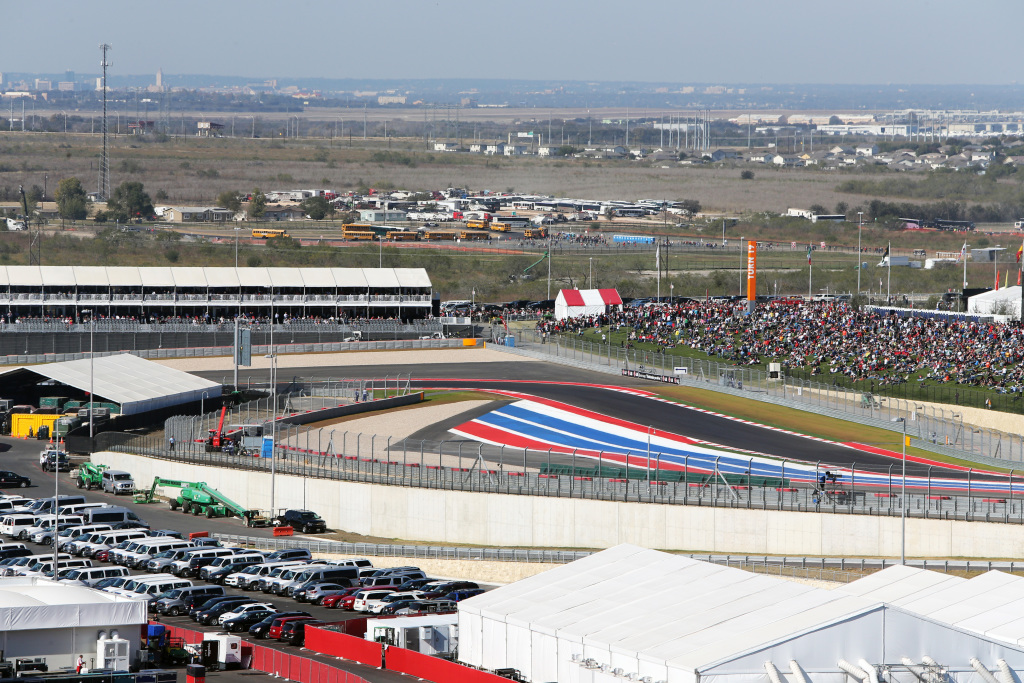 United States Grand Prix: Five reasons to be at the F1 race at COTA

Will Longman 29 April 2021
Formula 1 returns for the United States Grand Prix. Check out the five big reasons you need to be at the race in Austin this fall.

For American Formula 1 fans, the United States Grand Prix is the motorsport highlight of the year. Series like IndyCar and NASCAR entertain racing fans year-round, but the eyes of the world turn on Austin when Formula 1 rolls into town.

The Circuit of the Americas is a track that’s been built specifically with Formula 1 in mind, and as such, is one of the most exciting races for both drivers and fans.

The track layout itself takes inspiration from many of Europe’s great racing tracks. From Austria’s Red Bull Ring, Germany’s Hockenheim, Britain’s Silverstone and Turkey’s Istanbul Park, you can see numerous corners that have been lifted from other tracks.

But the fact such a great track is built on land with a large difference in elevation gives fans unique views of the circuit. In fact, from just one grandstand at COTA, you can see 75% of the corners of the track.

What’s more, when the racing action has finished, there’s still plenty to see and do. From the post-race concerts at the circuit’s amphitheatre, to The Home of Live Music itself, Austin. You’ll also find some of the world’s best BBQ and tequila – enough to keep you fuelled for the entire weekend.

With tickets for the United States Grand Prix now on sale, here are our top 5 reasons to be at the race in October.

Five reasons to be at the United States F1 Grand Prix

A circuit built for F1

The United States Grand Prix has had many guises. They have included temporary street circuits across America. Unfortunately, these tracks included a Las Vegas car park, and a circuit featuring an actual railroad. That was compounded by the controversial 2005 United States Grand Prix, when only six cars raced in Indianapolis. Formula 1 hasn’t always captured the American audience.

But when racing came to Austin, it was welcomed by a circuit inspired by the best race tracks in the world. Acres of empty land gave designers the ability to design whatever they wanted, so they drew on circuits in Austria, Brazil, Britain, Turkey and Germany to create an unreal circuit. With high-speed straights, low-speed arena sections, tight hairpins and difficult ‘S’ sections,

And while it’s not just F1 that benefits from such a varied circuit – MotoGP and NASCAR race at COTA, too – it’s when F1 is in town that Austin’s circuit comes to life.

COTA’s design also has fans at the forefront. From the start line, there’s a 133-ft incline up to turn 1 with a huge grandstand atop the hill. This creates a unique challenge for the drivers, as they head into a tight hairpin, rewarding fans with panoramic views across the circuit.

The same is true of the grandstand at Turn 12. Incredibly, as this grandstand is at the track’s lowest point, fans get visibility of 15 of the track’s 20 corners. That’s an incredible 75% – you won’t find a grandstand where you’ll see that much of the race in the world.

Live Music Capital of the World

Austin is described as the ‘Live Music Capital of the World’, and that’s no different on race weekend. As the music flows through the city’s bars, COTA’s Amphitheatre hosts world-class concerts after race days – with admittance included in the cost of a ticket. Previous headliners in 2019 included Pink, Imagine Dragons and Kool & The Gang.

It’s not just great music to discover in Austin. Any foodie will fall in love with Austin’s restaurants and food trucks. Start the day with a breakfast taco, end it with world-class brisket, and wash it all down with tequila. Head to Rainey Street, where converted bungalows house unique bars and food trucks.

And if the music and food aren’t enough, Austin offers something for everyone: East Austin is perfect for anyone looking for an alternative vibe with quirky bars; Sixth Street is Texas’ liveliest nightlife scene; 2nd Street is more for the chic fashionista. It’s a unique city, and well worth building a few days to explore around the Grand Prix weekend.