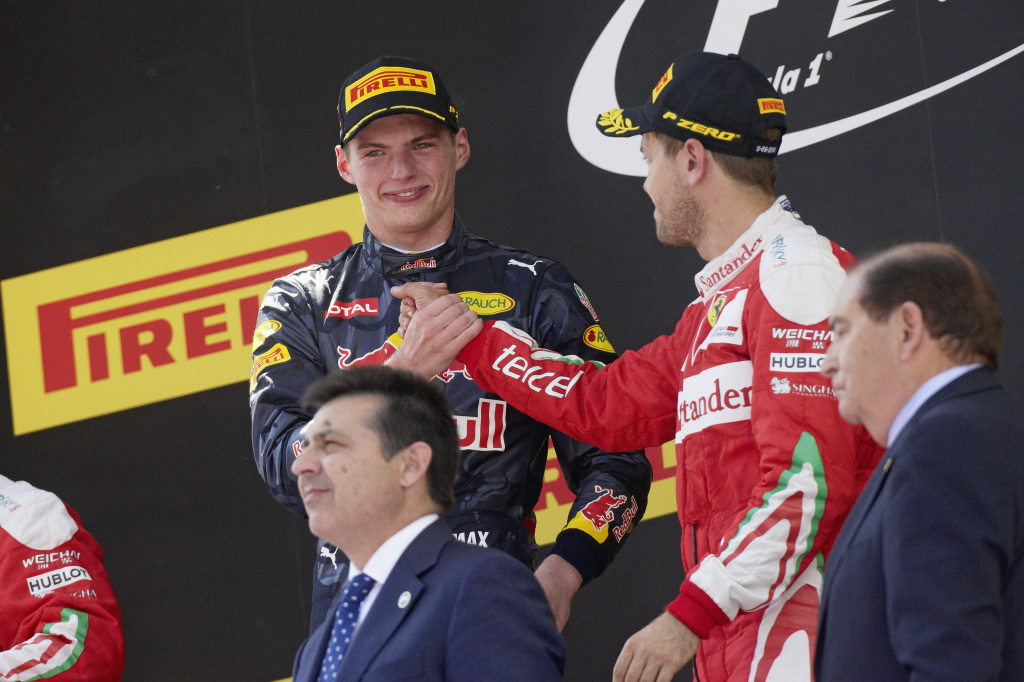 Will Longman 14 April 2021
Find out who the youngest Formula 1 race winners, point scorers, world champions and drivers to race in the sport's history are.

The old saying goes: “If you’re good enough, you’re old enough.” And that’s certainly the case with Formula 1 drivers. Over the decades, records have been broken time and time again as motorsport proteges hit the track. But who are the youngest F1 drivers, winners and champions of all time?

Some who break thse records go on to reach legendary status, others prove to be one-offs or are still on the grid vying to prove themselves against the best. But you’ll notice that all the glories are split between just two drivers, and they both come from the Red Bull Racing/Toro Rosso set-up.

Sebastian Vettel holds many of the records, as his career was jumpstarted by a superb performance at the Italian Grand Prix in 2008. In his first full Formula 1 season, he went on to gain pole position and win the race, making him the youngest driver to do both. In later years with Red Bull, he became the youngest driver to win a World Championship.

And that’s a record that’s likely to remain for some years to come. Max Verstappen was tipped to be a challenger after he won his first race in Spain 2016, beating Vettel’s record by three years. But the Dutchman is now 23, the age Sebastian Vettel was when he won his first world championship. None-the-less, Verstappen remains the youngest driver to start an F1 race by some years, as well as the youngest point-scorer.

Check out the records below, including youngest F1 driver, pole-sitter, race winner and world champions.

After his impressive first season at Torro Rosso, Sebastian Vettel replaced David Coulthard at Red Bull Racing. In 2009, Jenson Button dominated but Vettel stayed within touching distance, finishing second by just 11 points. The following year, Vettel won his first world title in an all-or-nothing Abu Dhabi finale and became the youngest ever World Champion. But there wasn’t much in it: Vettel was just 166 days younger than Lewis Hamilton when he won his world title.

When Max Verstappen stepped into his Torro Rosso on the grid in Australia, he wasn’t legally old enough to drive a car in his native Netherlands. At the age of 17, he became the youngest driver to start a Formula 1 race since Jaime Alguersuari, who was almost two years older. During the race, a mechanical issue forced Verstappen to retire.

Sebastian Vettel’s incredible session in the wet during qualifying at Monza stunned the Formula 1 paddock. An unpredictable session saw many of the big players (McLaren, Ferrari and Renault) drop down the order and fail to qualify through the sessions. That opened the door for the young German to become the youngest pole man since Fernando Alonso five years earlier.

A year after his debut for Toro Rosso, Red Bull took the decision to swap the Dutchman into the senior team for Daniil Kvyat at the 2016 Spanish Grand Prix. It proved an inspired decision. As the Mercedes tangled out front, the door opened for Verstappen. At 18 years old, and three years younger than previous youngest race winner Sebastian Vettel, Max became the all-time youngest winner.

With his victory aged 18 in 2016, Max Verstappen is the youngest podium sitter in the history of Formula 1. But only just. When Lance Stroll drove to third-place at the 2017 Azerbaijan Grand Prix, he was merely 11 days older than Verstappen was.

While Max Verstappen’s first Formula 1 race ended in retirement in the pits, his second was something to shout about. Just 14 days after he became the youngest F1 driver, he scored his first points in the sport with a 7th-placed finish in Malaysia. The latest addition to the top five is Lando Norris, whose 6th-placed finish ages 19 in his second race in Bahrain makes him the third-youngest points scorer.