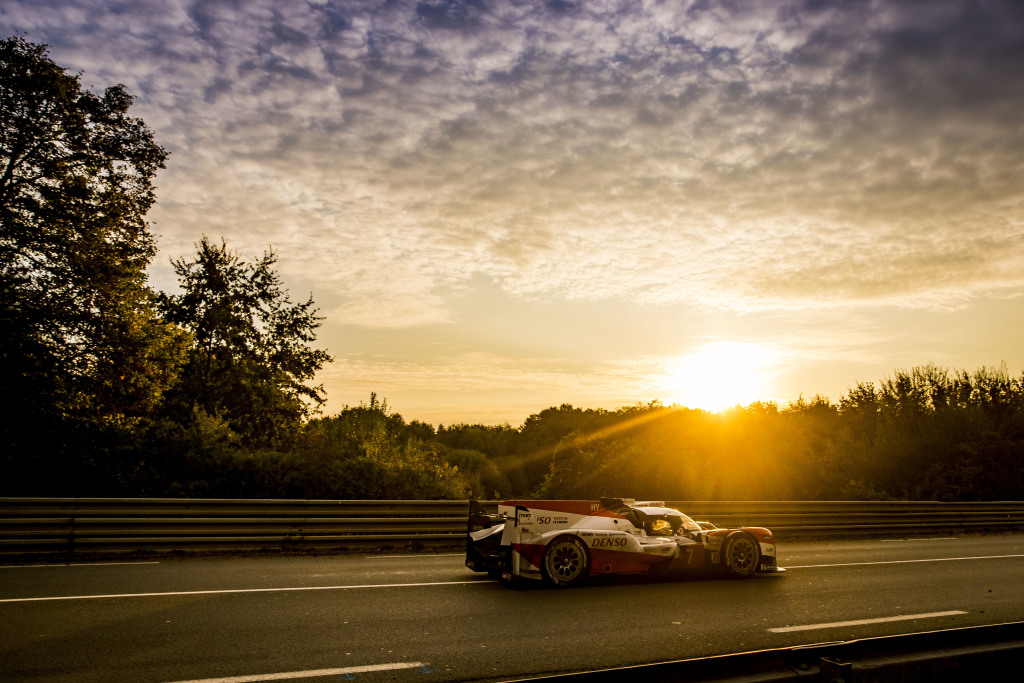 If you're a Formula 1 fan looking to get into WEC, this guide will bring you up to speed on everything you need to know about the series.

While Formula 1 is regarded as the pinnacle of speed, endurance racing requires a more rounded approach. And the World Endurance Championship (WEC) is the peak of endurance racing.

Of course, it’s all about who crosses the line first. But just getting there is a challenge in itself. The cars are built for speed, and would challenge an F1 car for power on a straight, but these cars are engineered to last 24 hours of non-stop driving.

That means they have to be managed be the drivers balancing speed and durability. That’s why some of the best drivers in the world gravitate towards the sport.

With races all over the world, bringing with it a marquee atmosphere, this series is a favourite amongst motorsport fans.

If you’re a fan of Formula 1 and looking to get into endurance racing, here is your guide to the World Endurance Championship.

What are the cars which race in World Endurance Championship?

Endurance racing has always involved an element of ‘multi-class racing’. That means there are different categories of cars which look very different racing at the same time.  In WEC, the 2020 season consisted of four categories of car: LMP1, LMP2, LMGTE Pro and LMGTE AM.

LMP stands for Le Mans Prototype, and they are the pinnacle of engineering. The main technical requirement is that bodywork covers all mechanical aspects of the cars; they’re closed-wheel rather than the open-wheel cars of Formula 1.

In 2020, WEC consists of LMP1 and LMP2 cars. LMP1cars are hybrids, manufactured by Audi, Toyota, and Porsche. They all feature energy recovery – ERS – which harvests the energy generated under braking, just like in F1.

However, in 2021, there are major changes afoot: Le Mans Hypercars will be introduced. These cars will be designed in a prototype style, or based on an existing road-going hypercar. They will be capable of 750hp they will lap Le Mans in a minumum time of 3:30.

LMP2 cars are closed-cockpit cars with no production minimum required. They are aimed towards teams independent of manufacturers or engine suppliers. The cost of these cars, without an engine or electronic equipment, is nearly half-a-million euros.

Then we have the GT categories. These cares look similar to supercars you might drive past on the road. It’s divided into two distinct classes: Pro (for teams such as Aston Martin, Ferrari, Porsche) and the Amateur class, for privateers and ‘gentleman drivers’ who pay for a spot on the grid.

Some of the cars in the GTE Pro class include the Porsche 911 RSR-19, Chevrolet Corvette C8.R, BMW M8 GTE and Aston Martin Vantage AMR, which is rumoured to share F1 Safety Car duties in 2021.

Do all the cars race at the same time?

Yes, and that’s one of the unique challenges of endurance racing. All classes race on the same track at the same time. The LMP cars are considerably quicker than the GTE cars; in 2020 the fastest LMP lap of Le Mans was 3:19.762, while the quickest GTE lap was 3:50.321.

So over the course of 24 hours, the GTE cars end up more than 40 laps down on the LMP cars. That means they have to keep out of the way of their faster counterparts and ensure they don’t interfere with any important battles.

How many drivers are there?

In endurance racing, teams of usually three drivers share the racing duties throughout the race. They complete ‘stints’, which is the time a car spends on track between pitstops. A stint usually lasts between 45 minutes and an hour, so drivers might complete four or five stints in the car in one go – that’s three hours non-stop driving.

Some of the greatest drivers in the world complete in WEC, with the tantalising prospect of becoming a Le Mans champion. Some F1 fans who have won the race in the past include Jacky Ickx, Sebastian Buemi, Fernando Alonso, Kazuki Nakajima, and Brendon Hartley. In fact, 2020’s race was won by Nakajima, Buemi, Hartley.

What happens at endurance racing pitstops?

Endurance racing is as much about keeping the car going over long distances as it’s about speed. That makes the pit stops very different to Formula 1 stops.

The crews are smaller and often have multiple roles in the stop, as opposed to the 20-strong crews in F1. When cars pit, they can change driver, tyres and brakes, refuel for the next stint, clean the car, replace parts, adjust aerodynamics and more. As opposed to the sub 2-second stops you sometimes see in F1, you could be looking at over a minute for a single stop.

In 2000, Audi even managed to replace a car’s gearbox in less than 5 minutes, and still finished second.

Where in the world does WEC race?

The crown jewel of the World Endurance Championship calendar is the Le Mans 24 Hour. The first-ever race was held in 1923 around the streets of the small French town, and the race is now an icon of the sport. It’s generally held on the longest day of the year in June, to ensure the most amount of sunlight hours. Fans from across the world attend the race not just to witness the incredible feats of motoring and engineering, but also soak up the atmosphere. Entertainment villages feature karting, simulators and motoring exhibits, plus the traditional funfair. Throughout the week, three rock and pop concerts are held, free for ticket holders.

Other WEC races include the F1 circuits Silverstone, Circuit of the Americas, Bahrain International Circuit, Shanghai International, and Spa-Francorchamps.

Here’s a list of the 2021 races, and the duration for which they race.

Who are the best teams in WEC?

For the last two seasons, Toyota Gazoo Racing was crowned champion. Before that, Porsche clinched the previous three titles. In the GT Championship, the winners are generally more of a mixed bag, with Aston Martin, Porsche and Ferrari each winning two of the previous six championships.

There are three teams with Formula 1 links. The LMP2 team Signatech partners with Renault-Alpine – the same brand the Renault F1 team will rebrand as in 2021. In the GTE classes, AF Corse has links with Ferrari, and Aston Marin Racing also competes.

Will Longman 30 November 2020
SHARE THIS POST
Popular posts
Which Grand Prix Are You: Take the test to find your perfect event F1 2021 calendar: New races added as Vietnam Grand Prix postponed Kanato Le: Why I left Japan alone at 13 to race in the UK British F1 Grand Prix quiz: How well do you know Silverstone? Portugal F1 Grand Prix: 5 reasons to be at the race in Portimao MotoGP 2021: Provisional race calendar announced

Will Longman
30 November 2020
Popular posts
Formula 1
Which Grand Prix Are You: Take the test to find your perfect event
Finding the perfect motorsport event can be overwhelming. Take our Which Grand Prix Are You? personality test to find your perfect Grand Prix
Formula 1
F1 2021 calendar: New races added as Vietnam Grand Prix postponed
See the F1 2021 World Championship calendar in full, including dates and ticket information for all Grand Prix around the world
Insight
Kanato Le: Why I left Japan alone at 13 to race in the UK
Go-karter Kanato Le on why he decided to leave his homeland of Japan alone at the age of 13 to go racing in the UK and Europe.
Formula 1
British F1 Grand Prix quiz: How well do you know Silverstone?
Home of the British Formula 1 Grand Prix, test your knowledge of the legendary Silverstone circuit with this interactive quiz.
Formula 1
Portugal F1 Grand Prix: 5 reasons to be at the race in Portimao
For the first time, Portimao will host the Portuguese Formula 1 Grand Prix in 2020. Here's why you need to book tickets for this tantilising race.
MotoGP
MotoGP 2021: Provisional race calendar announced
See the full list of races MotoGP has planned for the 2021 season, and get the latest information on how to buy tickets to see the races live.
Consumer Protection
Accepted Payment Methods