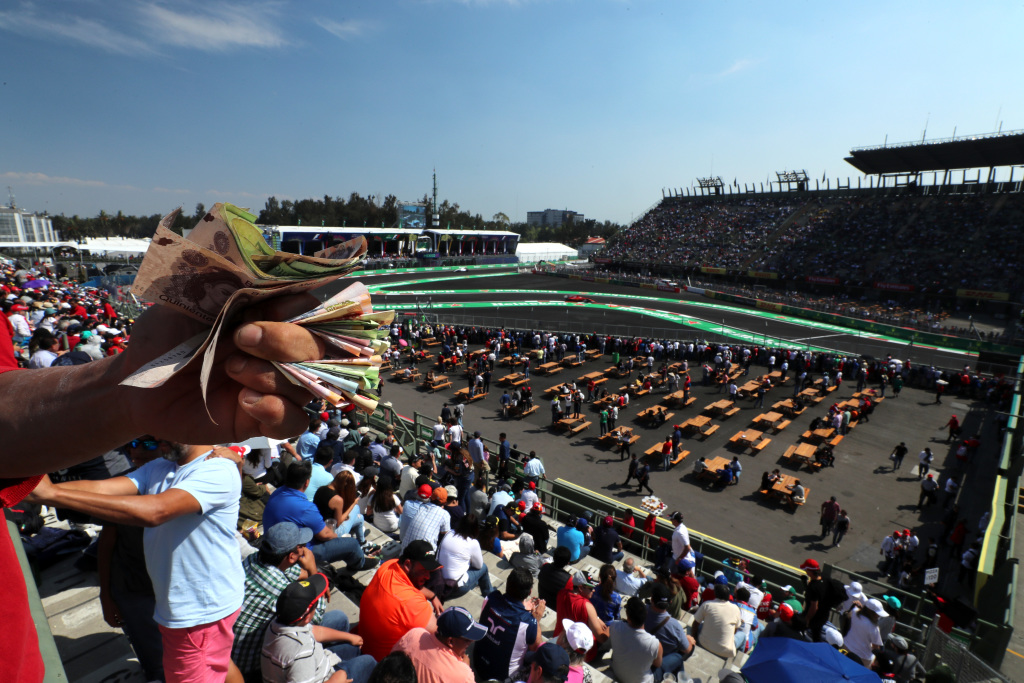 13 Oct 2022 Will Longman
Five hand-picked races in Formula 1 and MotoGP with cheap tickets for fans to book and save money this season and in 2023.

Motorsport is a money game. From the cars to catering, budgets are a huge part of Formula 1, MotoGP and all racing series across the world.

And that’s true for the fans, too. When planning a motorsport trip, spectators have to consider ticket price, accommodation, international travel, transfers to the circuit, food and drink, and merchandise… it soon all adds up.

However, that doesn’t mean it has to break the bank. There are plenty of affordable tickets to some of motorsport’s biggest races available that will keep you well under the budget cap.

Here are five of the best races currently on sale and available to book right now with Motorsport Tickets.

The Hungaroring is known as one of the best value tracks in Europe. Just outside the Hungarian capital Budapest, fans get exciting action on the track as well as a brilliant city to explore.

For those wanting to balance racing action and tourism in the capital, a single-day ticket is perfect. Sunday-only tickets guarantee you access for the day of the race, allowing you to experience a weekend getting to grips with Hungarian culture.

These single-day tickets start at just £82 for general admission, which grants you access to vantage points in all three sectors of the lap including the start-finish straight.

Flights to Budapest on the weekend of the race are currently less than £100 from London with easyJet.

Monaco might not have been the first race that came to mind when thinking ‘budget’. However, despite the luxury spots and yachts, you could watch the race from, you can get your fix for a fraction of the price.

The streets of Monte Carlo are renowned for being tricky to overtake, with its tight turns, thin track and too-close-for-comfort barriers. But those same attributes are what make Sunday’s qualifying session so sensational.

Every driver knows a good qualifying performance is vital if they are to succeed in Saturday’s race, making it almost as important as the race itself.

If you’re a hardcore fan looking to tick Monaco off your bucket list, you can do so for less than £70. Two general admission areas are available that give fans a great view of the track at the Rocher Hill and Z1 area at Tabac.

Monte Carlo is just 20 minutes on the train from Nice which is accessible by budget EasyJet flights. If you’re looking for a weekend getaway to the Cote d’Azur next year, you could take advantage of this excellent day out and see one of the most-anticipated F1 sessions of the year.

It was uncertain whether Spa-Francorchamps was set to appear on the Formula 1 calendar next season until, to the joy of fans and drivers alike, a one-year contract extension was announced.

That’s one more year of racing at one of the world’s most thrilling circuits in the beautiful Ardennes Forest.

The sprawling circuit gives Formula 1 some of the most exciting twists and turns on the calendar, as well as some awesome vantage points throughout the track.

For a whole weekend, fans can book General Admission tickets for just £165 – or £55 per day. This ticket gets fans access to the long bank along the Kemmel Straight, zones on the inside of the high-speed Pouhon, or outside the great Blanchimont corner.

The future of the Belgian Grand Prix remains in question beyond 2023, so this is a perfect opportunity to see the race for a great price.

This year’s MotoGP season is really heating up. At the German Grand Prix, Quartararo’s lead over Bagnaia was over 90 points. But the Italian has closed the gap and is now just two points behind the world champion with just three races remaining.

The extraordinary run of form has lit a fire underneath the MotoGP title fight – with Aleix Espargaro also looking to close the 20-point gap.

It looks set to go down to the championship finale in Valencia at the brilliant Circuit Ricardo Tormo. The track features grandstands lining almost the entire perimeter of the circuit creating an aptly electric stadium atmosphere for this all-important race.

Tickets from the race start at just £76 for the whole weekend, and a round trip with RyanAir from London is currently priced at £140 – a steal for MotoGP fans looking to be a part of history.

When the dust has settled from what’s guaranteed to be a dramatic season finale, we go again in the New Year.

In a change to tradition, Portimao is set to take over from Qatar and host the opening round of the MotoGP season in 2023.

Portimao was introduced to the MotoGP calendar in 2020 as the sport looked to pack in races to the COVID-shortened calendar. But in the new season, the circuit will be set to play a vital part in the season as the riders and teams look to make their mark on the new season.

The track has grandstands located throughout the lap, but a weekend ticket in the Sagres and Solverde stands on the outside of the wide final bend costs just £71.

If you know you’ll miss motorcycle racing throughout the winter, now is the time to book your spot at the first race back after the break.