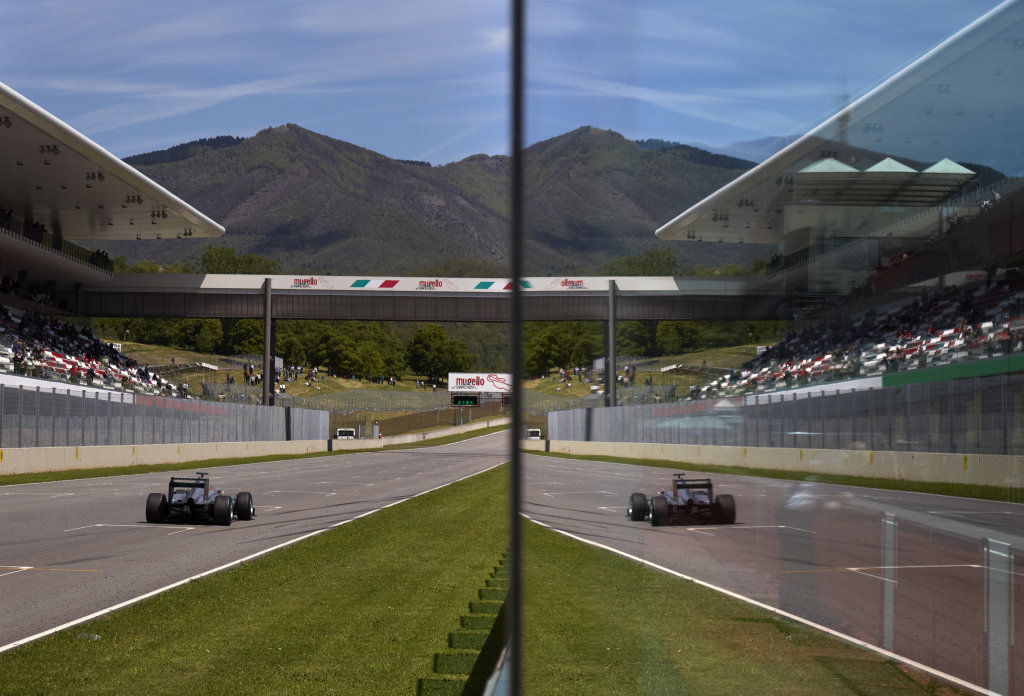 31 Jul 2020 Will Longman
With new circuits being added to the Formula 1 2020 calendar, here's what you need to know about Mugello, Nurburgring, Portimao and Imola.

The 2020 Formula 1 season will certainly be one for the history books. While many events have been forced behind closed doors or postponed, it’s opened the door to some interesting additions.

While some favourites have remained, such as the British Grand Prix and Belgian Grand Prix, we’ve lost some iconic races like the Monaco Grand Prix. But what F1 takes with one hand, it gives with the other, with some epic tracks added that we may have never seen grace the calendar.

We’ll see cars racing in Portimao for the first ever Portuguese Grand Prix, returning for a classic race at the Nurburgring, and adding two extra Italian circuits to the calendar.

And if rumours are anything to go by, there’s even more surprises to come…

To keep your finger on the pulse with what to expect from these new tracks, or for a refresher on the returning tracks, here’s everything you need to know about the new and rumoured races for the 2020 Formula 1 World Championship.

Racing at Mugello dates back to 1920 when the streets of the Tuscan city were transformed into a circuit. Since 1974 a permanent track has been set up, with Formula 3000 and Formula 2 running events, the latest Formula 3000 race running in 2000.

MotoGP fans know the circuit well, as it has been a staple on the calendar as the Italian race since 1994.

While 2020 will be the first time Mugello has appeared on the Formula 1 calendar proper, it’s not the first time many of the drivers will have taken to the track. In 2012, Mugello was used for a mid-season testing session, then-world champion Sebastian Vettel praising “incredible” track for having “lots of high-speed corners”.

The Mugello circuit has 14 turns and clocks in at just over 5km. It’s characterised by many high-speed corners, meaning the drivers will have to manage their tyres well throughout the race, especially as September temperatures in Tuscany can reach up to 30 degrees Celsius.

Should the teams and drivers require some respite from the racing action, they’ll be sure to find it in nearby Florence, just an hour’s drive away and perfect for a post-race wind-down before the season marches on.

Having first held a Grand Prix race way back in 1927, and the last as recently as 2013, the Nurburgring in Germany makes a welcome return to the F1 calendar in 2020.

Once termed “The Green Hell” by Jackie Stewart, the circuit is now much safer and enjoyed by modern F1 drivers. Lewis Hamilton once called it “one of the classics [that] hasn’t lost that feel of an old classic circuit”.

With seven corners to the left and 10 to the right, a lap around the Nurburgring Grand Prix circuit has many short straight bursts to build up speed before hard braking zones or technical complexes of corners.

The last time out at the Nurburgring in 2013, three drivers still in the sport were on the podium. Sebastian Vettel won the race for Reb Bull, while Kimi Raikkonen and Romain Grosjean occupied the 2nd and 3rd steps on the podium respectively for Lotus.

We’re not saying it definitely will, but we hope history will repeat itself in 2020…

Located on Portugal’s southern Algarve coast, the circuit was built with the intention of hosting F1 races in 2008. Yet while McLaren, Honda, Toyota and Ferrari have each held tests at the track, it has never held a Formula 1 race.

That is until 2020, when 20 of the fastest cars in the world will test the track to its limits.

Similar to the Catalunya circuit which hosts the Spanish Grand Prix, Portimao is characterised by a long straight and an undulating terrain.

The track has hosted races before, with the short-lived A1 series running there in 2008 and 2009, as well as GP2 and World Superbikes. But 20 Formula 1 cars battling against one another is a whole different level.

This will also be the first race of the 2020 calendar fans will be allowed to attend. If you want to be among the first fans to witness the 2020 Formula 1 cars racing, tickets are now on sale.

No stranger to Formula 1 racing, Imola returns for the 2020 calendar. The home to the San Marino Grand Prix for many years, this Italian track is characteristically quick, with only a few major braking zones.

The last F1 race at Imola was in 2006, and won by Michael Schumacher from Fernando Alonso. We’ll be in Imola in November 2020, meaning Kimi Raikkonen will be the only driver on the grid to have raced an F1 car at the track.

This year’s race will also be unique in that there will be no Friday running, meaning the other 19 drivers will only have one Saturday practice session to get used to the track.

For those lucky enough to see a race at Imola, they will be treated to some of the best food Italy has to offer. Nearby Bologna is the home to Bolognese sauce, with lasagne and tortellini among other local specialties.

The Turkish Grand Prix was a favourite among many Formula 1 fans during its time on the calendar. A demanding circuit that proved as satisfying for the drivers as it was tricky to navigate.

A highlight, of course, is the incredibly quick turn 8. Essentially four short turns in one, the drivers had four apexes they had to nail to line themselves up for the next, all taken flat out. The G-force is incredible and proves testament to how fit the drivers must be to succeed in Istanbul.

Sebastian Vettel won the last Turkish Grand Prix in 2011, while Lewis Hamilton and Kimi Raikkonen are the only other drivers from the current grid to stand on the top step in Turkey.

The Turkish fans are hugely excited for the return of Formula 1 to their biggest city, with tickets flying out. Fans will be permitted to the grandstands for the race’s return in November, and are available on Motorsport Tickets now.

Bahrain is a regular on the Formula 1 calendar. But in an effort to bolster the 2020 season, a second race in the desert will have an exciting twist.

The Sakhir Grand Prix, held a week after the Bahrain Grand Prix, will utilise the track’s outer circuit. That means more straights, less corners, faster laps. We could be set to see Formula 1’s quickest laps, with sub-55s times expected in qualifying.

With two different races at the same track over two weekends, it’s the perfect time to discover the Bahraini Kingdom in the week between the Grand Prix. Dune buggying in the desert is a favourite activity, while bars and restaurants in nearby Manama are renowned for their international cuisine.