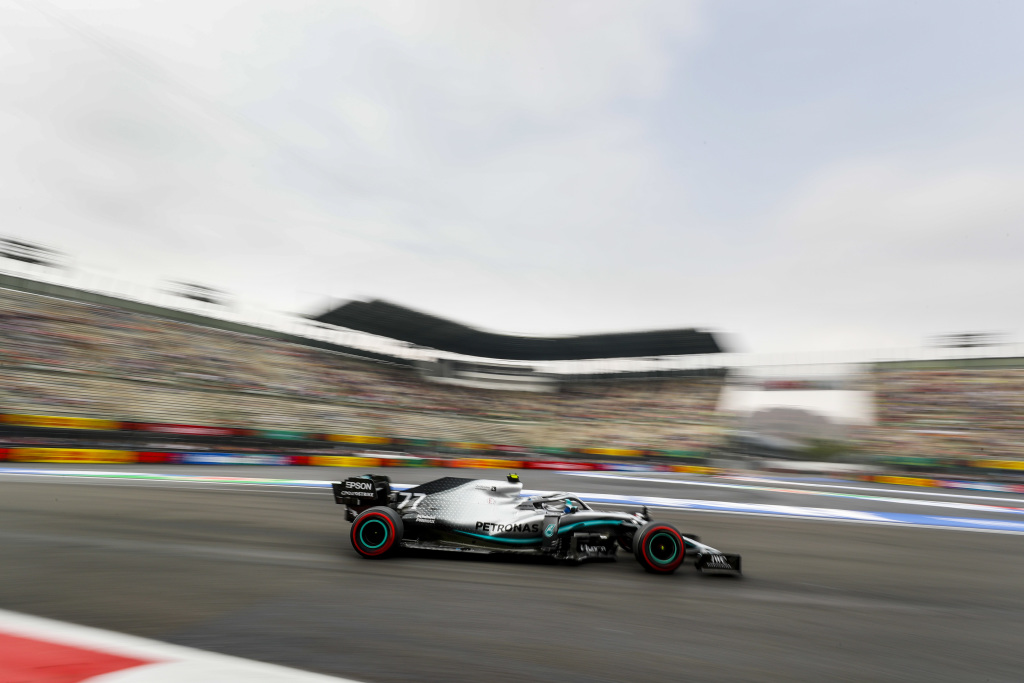 Formula One returns with the Mexico City Grand Prix for an almighty fiesta in 2021. In previous years, the title has either been sealed or all but decided by the time we reach Autodromo Hermanos Rodriguez. But this season, there’s so much more at stake.

Just 12 points separate Lewis Hamilton from leader Max Verstappen. That’s the difference between 1st and 4th (plus a fastest lap), proving how quickly the title race can swing even at this late stage of the year. And given how unpredictable this season has been, you can’t rule anything out.

F1 rolls into Mexico City for the first time since 2019, and so much has changed for Mexican fans. Since the last race, Sergio Perez has become only the second Mexican to win an F1 race (the first in 50 years, no less) and now races for title contenders Red Bull. There’s a real chance Checo could take a podium or even a win in front of a huge adoring crowd.

Fans attending the Mexico City Grand Prix must have the F1 Fast Pass. This will prove that you are either fully vaccinated, or recently tested negative with a PCR or antigen test.

To register, head to the Creamedic website, click the Fast Pass button and select F1 Fast Pass. Here, you will register an account with your name, email, and upload a photo of your face. Once uploaded, you will verify your test or vaccination status by uploading a PDF. (Note: this proof MUST be in PDF form. If you have a physical copy, you must scan it and convert to PDF.)

If you are taking a test to verify your negative status, you can make an appointment through the Creamedic website. Using the code FASTPASS-2021 will obtain a discount on these tests.

You cannot simply present proof of test of vaccination without registering for the Fast Pass, so ensure you do this before you leave for the circuit.

For an interactive map of the circuit to see your view of the race, click here.

Mexico is on Central Daylight Time, which is six hours behind British Summer Time. This was also the case with the United States Grand Prix. The race will begin at 1 pm local time, and at 7 pm in Britain.

There has never been a wet Mexican Grand Prix. There, we said it. It’s very unlikely we will see rain in Mexico City, which typically has temperatures reaching 23°C and four precipitation days in November. The long forecast suggests there it a slim chance of showers on Friday, but you can keep up to date with the latest weather below.

There will be three support series in action at Autodromo Hermanos Rodriguez. Mexico’s up-and-coming single-seater stars will battle in NACAM Formula 4 Championship, with races in Panamericana Series and Freightliner GTM, too.

In 2021, four of the five races in the NACAM Formula 4 Championship championship have been cancelled. So the drivers will get their only opportunity to drive this season in a non-championship event in support of the Grand Prix.

For the first time, one of Mexico’s biggest national racing series will race alongside the Mexico Grand Prix.

One of the key characteristics this circuit is the long pit straight. The grid is at one end of the 1.2km straight, meaning the slipstream effect is monumental. This is especially true at the start of the race, when it doesn’t always pay to be on pole. Those behind you can slot in close to the rear as the cars in front cut through the air, increasing your top speed.

It’s a heavy braking zone into turn 1, followed quickly by the slow speed turns 2 and 3. This means cars have another opportunity to make a passing move, and keeping the inside could be very important. There is a second DRS zone between turns 3 and 4 – so sector one is key to overtaking.

Sector two is a sequence of very quick, shallow turns. Akin to Maggotts and Becketts or turns 3 to 9 at Circuit of the Americas, the drivers have to stay within track limits and ensure they keep the car on the black stuff.

The final sector is characterised by the sensational Foro Sol stadium. With thousands of fans filling the stands either side of the circuit, the cars slow to 40mph to take on the tight twists and turns. You might not see an overtake here, but it’s a stellar opportunity to see the cars up close amidst an incredible atmosphere.

What happened at the last Mexican Grand Prix?

Charles Leclerc started the race on pole position alongside his Ferrari teammate Sebastian Vettel. The Ferraris had incredible straight-line speed in 2019, and this was proved as Leclerc managed to keep first place into turn 1 despite the slipstream effect.

Further down the field, Max Verstappen and Lewis Hamilton tussled to their detriment, as they knocked off each other off the circuit. Verstappen would fall down the order, but made a rare move into Foro Sol on Valtteri Bottas. He got past, but had picked up a puncture on his rear tyre by clipping the Finn’s front wing. He lost the position, and pitted to fall to the back of the pack.

As the race progressed, it would become one of mixed strategies. Charles Leclerc pitted early from the lead to committing to a two-stop race, while Lewis Hamilton and Sebastian Vettel looked to extend their stint on the hard tyres. Leclerc’s second stop was slow, and he lost four seconds to his rival and dropped to fourth place.

Lewis Hamilton inherited the lead, which he kept until the end of the race with the one-stop strategy winning out. Sebastian Vettel would finish second ahead of Mercedes’ Bottas.