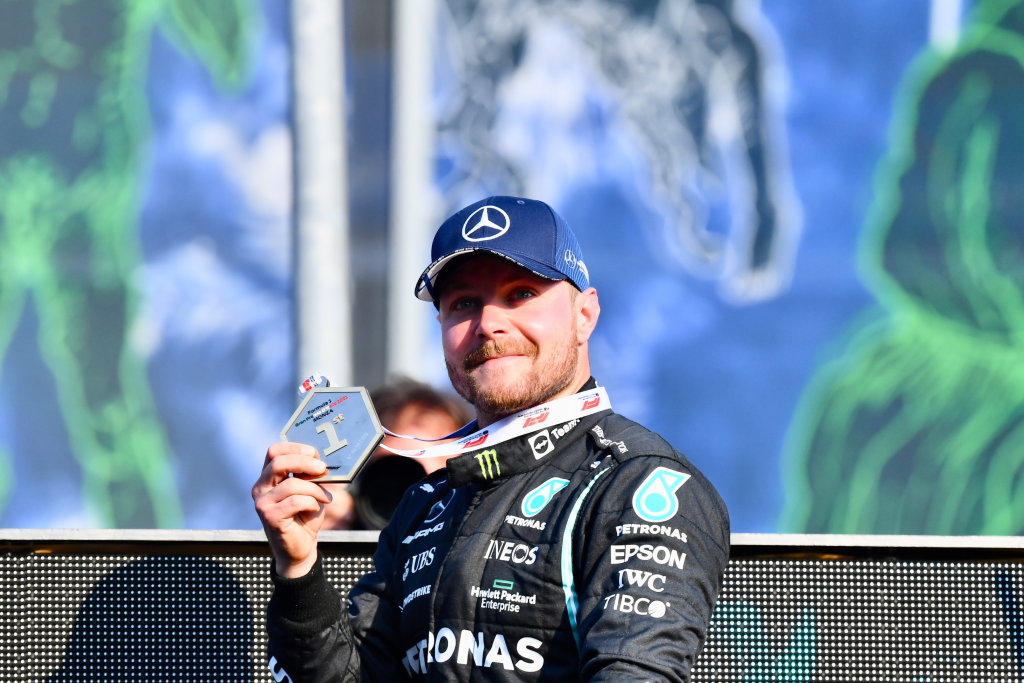 F1 Sprint Races: how the qualifying format will work in 2022

Will Longman 20 April 2022
F1 Sprint qualifying is back for 2022! Find out how it works, how many points are awarded, what time sprint races start and more.

Following a successful trial run in 2021, F1 Sprint races are back on the table for the 2022 season. Fans at the track and at home get more scintillating racing action during the weekend, without losing the traditional time trial qualifying.

There are tweaks to the format for 2022, including changes to the points system, the races the F1 Sprint is run at, and the effect on the teams’ cost cap.

As we prepare for the first of such races this season, here’s a look at what to expect from the sprint races during Formula 1 weekends.

How does F1 Sprint qualifying work?

Sprint qualifying is essentially a short-form Grand Prix – a race that is one-third the number of laps of the main event on Sunday. However, the drivers are battling for positions on the grid for the start of Sunday’s race.

A ‘traditional’ qualifying session will take place on Friday afternoon. In three sessions, drivers will push to set the fastest lap in three different rounds. At the end of the first two rounds, the slowest five drivers will be eliminated. During the third session, the final ten drivers aim to set the fastest possible lap against the clock. The order in which the 20 drivers finish is the order they will line up on the grid in for the Sprint race.

For 2022, the driver who is fastest in the Friday qualifying session will be awarded ‘pole position’ for the record books.

The drivers then move onto the Sprint on Sunday. Other than the length of the race, the key difference to the Grand Prix is that tyre changes and pit stops are not mandatory. The Sprint is an all-out race from lights to flag.

At the end of the race, the order in which the drivers crossed the line will set the grid order for the Grand Prix – once penalties have been applied. The drivers and teams finishing from 1st to 8th will also score championship points: 8 points for the winner, 1 point for 8th.

What time do the F1 Sprint races start?

Do drivers earn points for winning the sprint race?

Those finishing the sprint event between 1st and 8th position will score points towards their championship tally. This is more points than they were in 2021, when points were only awarded for the top three places, so we can expect more competitive races.

This could be a significant change. In 2021, Verstappen finished each sprint race in 1st, 2nd and 2nd. Lewis Hamilton finished in 2nd, 5th and 5th. If Hamilton was to be awarded the 4 points that would be on offer for that position this season, he would have finished the year with exactly the same points tally as champion Verstappen. The Dutchman would have still won the title on countback, but Hamilton would have carried a lead going into the final race.

What happened in the first F1 Sprint races?

F1 Sprint debuted at Silverstone in July 2021. Lewis Hamilton and Max Verstappen battled hard on the first lap, but the real winner of the opening tour was Fernando Alonso.

The Spaniard was the only driver to run the soft tyres, and made up six places on lap 1. He lost two of those positions, but it showcased the format’s ability to mix up the order through strategy.

The second F1 Sprint happened in Monza. Despite starting the sprint on the front row, Hamilton found himself in 5th after the first lap, with McLaren’s Daniel Ricciardo and Lando Norris making good gains.

Pierre Gasly suffered a crash on lap one, meaning he would start the Grand Prix plum last. Bottas won the Sprint, despite engine penalties meaning he would be demoted to the back of the grid.

The best story of the F1 Sprint races came in Brazil. Hamilton was demoted to the back of the grid after being disqualified from the Friday qualifying session. During the 24 laps, the Briton made up 15 positions to finish 5th, which was vital in his effort to win the race on Sunday.

Why did F1 decide to run Sprint races?

Sprint races have been utilised in the junior series since 2005 and the inaugural season of GP2 (later rebranded as Formula 2). The current system sees drivers qualify on a Friday, which sets the grid for the feature race on Sunday.

However, the top 10 results from qualifying are reversed to form the grid for a sprint race on Saturday. The idea being the fastest drivers are challenged to work their way through the field.

The idea to use this concept in Formula 1 was first touted in 2019. As F1 approached its new technical regulations, Ross Brawn said he believed the cars offered a “stable platform” to “try a few new things”.

There was opposition to the reverse grid element of the idea, which was described by many as ‘gimmicky’. So it was removed, but the idea of a shorter race was picked up. It gave fans more racing action throughout the weekend both at and away from the track.

What happens if a driver crashes during a Sprint race?

There are two big implications if a driver crashes during the Sprint race session, and they are sporting and financial.

A driver two crashes out of the Sprint race will start the Sunday Grand Prix at the back of the grid. Penalties are only applied to the Grand Prix, so they might pick up a few places if another driver is heavily penalised, but otherwise, they’ll have work to do on Sunday.

But crashing an F1 car isn’t cheap. Mick Schumacher’s crash during the Saudi Arabian Grand Prix was estimated to have incurred $1million in repair bills.

Given that a front wing is estimated to cost in excess of $100,000, the additional cash might not cover the damage suffered.