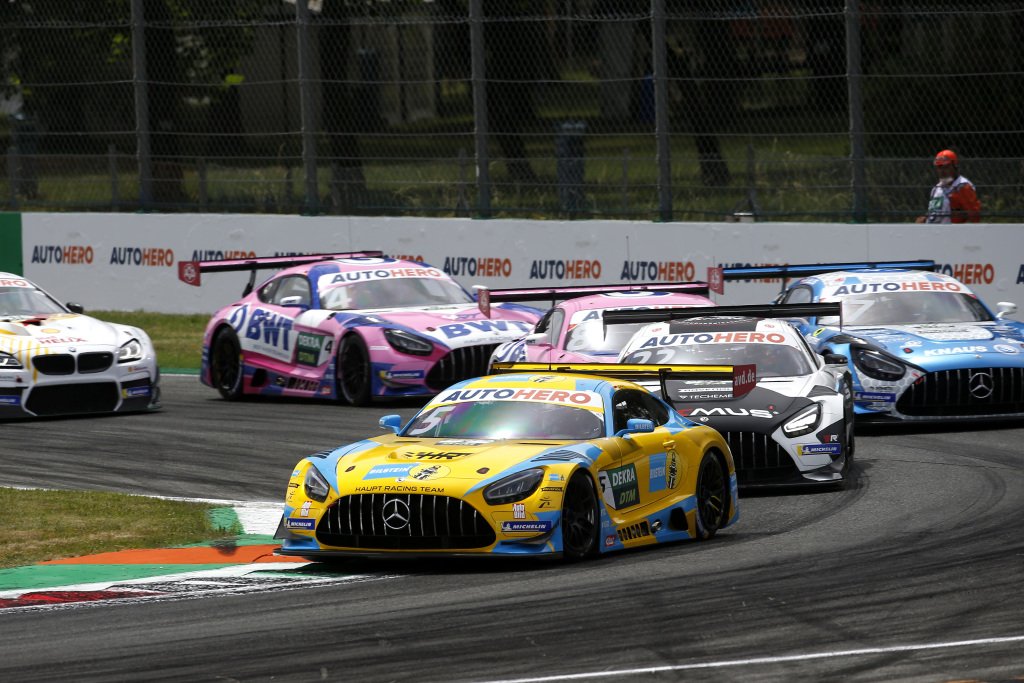 DTM in 2022: teams, drivers, cars and calendar for the new season

Will Longman 3 March 2022
All the key details about the upcoming DTM season in 2022, including new drivers, teams, cars and circuits plus race ticketing information

DTM returns to the track for a new eight-round season in 2022. With 15 teams and 29 drivers contesting 16 races at eight of Europe’s finest racing circuits, the action-packed German racing series is set to be as entertaining as ever.

We have returning champions, new teams, a huge grid of talent, and two debutant tracks to explore the limits of.

What’s more: for the first time, Motorsport Tickets is taking you there! You can now book DTM tickets for every race of the season, including grandstand seats plus VIP upgrade options. With tickets as low as £8, (no, that’s not a typo), motorsport fans will be able to make a weekend of top-class racing at internationally-renowned circuits near some of Europe’s greatest cities.

To get you up to speed on the 2022 DTM season, here’s a preview of what’s to come, including this season’s DTM teams, drivers cars and calendar.

GRT Grasser Racing Team will join the series full-time, with four Lamborghini Huracán GT3 Evo machines, and will be factory-backed by the Italian giant. T3 Motorsport, will not be factory-backed by Lambo, having run two Huracan’s in 2021. British driver Esmee Hawkey will return to the privateer team.

SSR Performance made a guest appearance at the Nurburgring in 2021, and will join the field full time with two Porsche 911 GT3 R cars. Timo Bernhard’s KÜS Team Bernhard also joins full-time, with a single Porsche driven by Thomas Preining.

Rowe Racing, Team Get Speed and JP Motorsport will not be returning to the series having run cars in the 2021 season.

Every manufacturer will be entering the same car they ran for the 2021 season, with the exception of BMW, who will be replacing the M6 GT3 with the M4 GT3.

Which drivers are racing in DTM this season?

Big news: Rast returns for 2022. The three-time DTM champion left the series after being crowned champion in 2020 to take a seat in Formula E with Audi. But in 2022, he’s taking a seat at Abt Sportsline replacing the retiring Mike Rockenfeller. He’ll partner Ricardo Feller and Kelvin van der Linde – the latter being a main protagonist in the title fight last season.

Reigning champion Maximillian Götz will leave Team HRT to move to Team Winward, where he will drive the same Mercedes car he won the championship.

Liam Lawson and Alex Albon’s short-lived stint in DTM with AF Corse is over, as they head back to the Formula 2 and Formula 1 grids respectively. But the Red Bull-backed Ferrari team will field a car in 2022.

There will be at least four junior drivers on the grid this season, including David Schumacher, the son of Formula 1 race winner and DTM podium-sitter Ralf. After a second full season in Formula 3, he joins champion Götz at Team Winard.

What races are on the 2022 DTM calendar?

This season will be a 50-50 split between German and European races for 2022. In Germany, the series hits Lausitzring, Norisring, Nurburgring and Hockenheim, which hosts the final race on 9th October.

Spa-Francorchamps will host a third DTM race this season. The Belgian track hosted a race for the first time in 15 years during the 2020 season, and returns on 10th and 11th September, when the weather could become a factor in the race.

Two circuits will make their debuts on the calendar. The series opens in Portugal at the Algarve International Circuit on 30th April and 1st May, while Imola in Italy hosts the third round in June.

The Red Bull Ring in Austria, which has regularly been featured on DTM calendars, hosts the penultimate round in September.

Initially, a nine-round season was announced by DTM HQ, with a European race to be confirmed later in the season.

One major change to the rule book this season is the abolition of team orders. This comes after the final race of the 2021 season. With Lawson and van der Linde limping around the circuit, Götz needed to win the race to take the championship. Lapping in third, two Mercedes colleagues duly stepped aside to allow the German to win the race and the title by three points.

For most watching, this was not on, so it’s been outlawed for this year’s racing. May the best racer win…