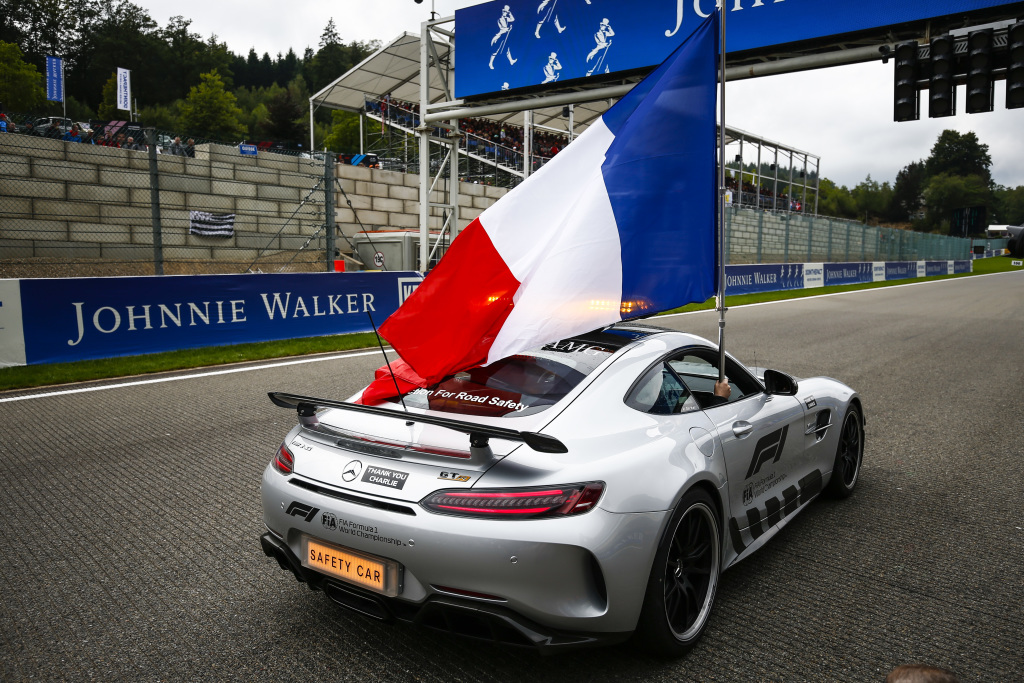 French Grand Prix: Ten things to do around the race at Circuit Paul Ricard

Will Longman 25 January 2021
The French Grand Prix takes place on the picturesque French Riviera. Check out 10 things to see and do around the race at Circuit Paul Ricard

For families of Formula 1 fans, the French Grand Prix is well worth exploring. Circuit Paul Ricard is located in the small Southern French town of Le Castellet on the Côte d’Azur. Naturally, with its fine weather and rolling countryside, it’s a natural pick for many to camp in the region during the race.

With the race taking place in late June, this makes the French Grand Prix a perfect getaway to explore the French Riviera outside the busy peak period of the summer holidays.

While many circuits are based in or around major cities, the French Formula 1 race is unique. Close to two cities in Marseille and Toulon, but far enough away to feel remote, racegoers can enjoy a relaxed week enjoying the best the French Riviera has to offer.

Before you book your French Grand Prix tickets, check out ten things you can see and do in the area.

Enjoy the French weather by camping

The Cote d’Azur is one of Europe’s most popular camping destinations. The rolling countryside provides the region with some beautiful campsites, while the southern coast offers plenty to explore.

The French Grand Prix itself is in the small, picturesque village of Le Castellet. There are plenty of premium campsites, complete with swimming pools to relax by and soak up the sun.

Get the adrenaline pumping at adventure parks

You’ll be thankful of an area to relax in, as there’s plenty to get the adrenaline pumping. Whether you’re travelling as a family or as a group, there are a number of local adventure parks that’ll test your mettle.

See some classic cars at the Historic French Grand Prix

The weekend before the French Grand Prix, organisers host a classic event that’s a must for racing fans. Before the beasts of modern engineering take to the track for Formula 1 race weekend, there’s a chance for an ultimate throwback.

Hundreds of cars from throughout the years are tested against each other throughout the weekend. Dating back to the 1950s and the first decade of Formula 1 racing, watching from the stands provides window through the years of racing.

From Fangio’s early machines to some modern-day beauties, you’ll see these cars racing head-to-head like they used to. You’ll also get a look at some older F2, F2, Formula Junior, Formula Renault and Formula Ford cars. And for this with an interest in endurance racing, there’ll be a showcase of Le Mans prototypes and GTs on track, too.

If you’re looking to spend a week in France, this is a great way to bookend both weekends with on-track action.

If you’re willing to travel a little further afield, Marseille is just a 45-minute drive from the circuit. The biggest city on the south coast, there’s a lot to see…

Notre-Dame de la Garde is one of the highlights. Built over 21 years in the 19th century, this grand cathedral is an iconic piece of history. It towers over the city: built on the highest point in the city, the bell tower stands at 157m high with spectacular views of the city and coast. Atop the bell tower is an incredible 11m statue of the Madonna and Child, made from copped and gilded with gold leaf.

The site was first used for surveillance, and it’s well worth a visit for the lookout over the city.

The Calanques national, just to the south of Marseille, is one of just seven national parks in France. The series of small inlets from the sea are narrow, steep-walled caves along the Mediterranean coast. It creates a tranquil area of the south coast, described by many as a small piece of paradise.

These stunning pools feature some of the clearest water to kayak in, and brilliant landscapes to hike between. Again, the park provides a chilled antidote to the thrill and drama of the race weekend.

Marseille is also home to one of France’s most popular football clubs. Olympique de Marseille were recently runners-up in the French league, which they have won on 10 occasions.

Their stadium, Stade Vélodrome, has a capacity of 64,000 and has been a key monument in many major French events. It hosted a semi-final of the 1938 and 1998 World Cups, and 1984 and 2016 Euros. Six games of the Rugby World Cup were also held at the stadium in 2007, including the quarter-finals of both finalists South Africa and England.

A tour of the stadium will take in the dressing rooms, tunnel, stadiums and museum, including the chance to get up close with the club’s only Champions League trophy (1992-93 season).

Ride to the top of Toulon’s Mont Faron

To the east of the circuit, you’ll find the city of Toulon just a 20 minute drive from Le Castellet. A smaller, more historic city that Marseille, the backdrop of Toulon is the menacing Mount Faron.

Towering 584m over Toulon, it again offers great views of the coastal town. But if the hike to the top doesn’t sound like fun, fret not. The Faron cable car takes you to the summit with ease and comfort.

If you want to really get a next-level view, look out for the night-time guided outing. Taking in the city as the sun sets and returning to the summit in under the twilight provide the chance for some unbelievable photos on the way down.

No one is going to France without embarking on a hunt for the very best food and drink. The Cours Lafayette – one of the main streets in Toulon – is home to a renowned market full of colourful, independent stalls selling fresh food.

If you’re camping nearby, be sure to stop by to stock up and fill your picnic hampers here.

Taste the wine in Provence

Once you’re stocked up on food, you’ll need something to eat. Luckily, Circuit Paul Ricard is in the Provence region, which has been producing wine since 600BC.

No matter your budget, there’s a wine tasting to enjoy. Whether you book a tour with a private driver, or an electric bike tour, you’ll experience some of France’s premium vineyards, and taste plenty along the way.

Keep it local in Saint-Cyr-sur-Mer

If you don’t want to venture too far away from the circuit, the nearest town is Saint-Cyr-sur-Mer. A 20-minute drive from the track, the small town has a sandy beach and Roman museum popular with tourists from France and beyond.

The town is also known for its produce; Saint-Cyr-sur-Mer relies on the production of fruit, veg, olives and wine. There are markets to explore and buy fresh food to keep you fueled over the French Grand Prix weekend.

Book your tickets to the French Grand Prix now