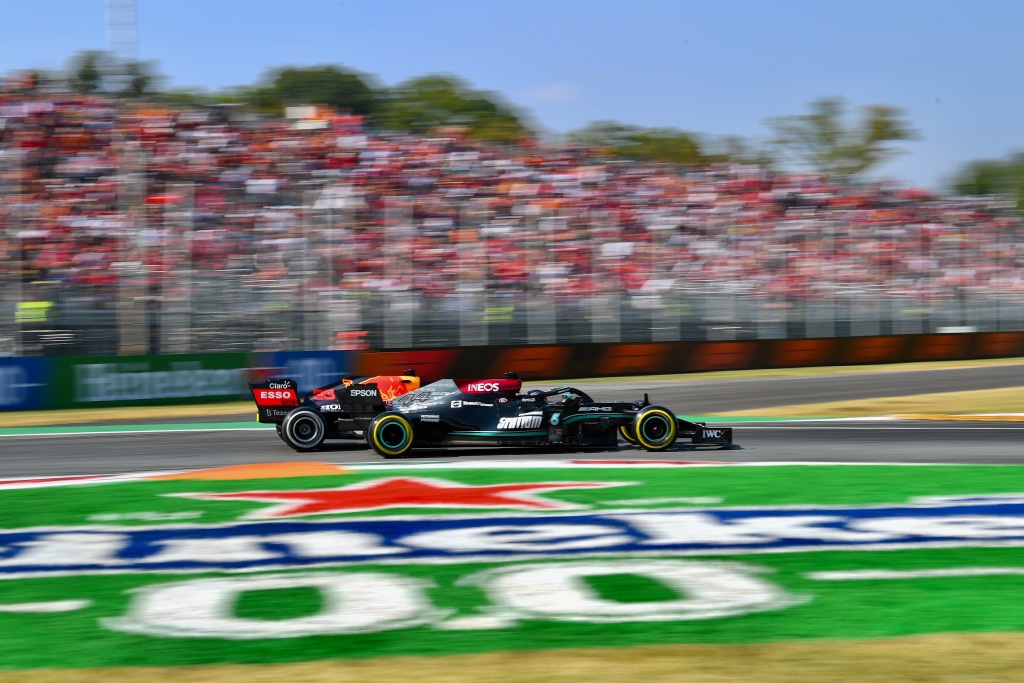 Lap records in Formula 1: list of fastest lap times at every circuit

Will Longman 17 September 2021
See the full list of lap records at every Formula 1 circuit, plus which driver and team has the most records, and the longest-standing record

In 2019, Formula 1 began awarding a bonus point to the who sets the fastest lap time during a Grand Prix. As the machines we race in have grown to become faster and faster, the lap records have got quicker and quicker.

You will often see that as a driver sets the fastest time, that they have also broken the lap record at that circuit. As the regulations change in 2021, it’s not clear whether these lap records will be broken soon, or remain for some time.

There are some anomalies, where lap records by the likes of Michael Schumacher have not been broken for decades.

This article will provide a full list of Formula 1 lap records at every circuit it has raced at between 2019 and 2021.

Driver with the most lap records

The Mercedes driver Lewis Hamilton currently holds the record for the most lap records. He has been the fastest driver to ever race a lap in Imola, Portimao, Monaco, Hungary, Zandvoort, Sochi, Suzuka and Yas Marina. The majority of his record-setting laps occurred during his title-winning 2019 season.

Team with the most lap records

It may not be too difficult to believe, but Mercedes are the team with the most lap records in Formula 1. Valtteri Bottas’ four records at Montreal, Interlagos, Mexico City and Spa bulk the team’s total to 12.

The incredible Ferrari F2004 is responsible for setting three lap records on this list that still stand almost two decades later. Rubens Barrichello’s 1:21.046 at Monza remains the highest average speed during a lap at 257.321km/h. Michael Schumacher set the lap records at Australia and Shanghai in that season, with the prior race the first of the year.

In 2005, McLaren’s MP4-20 found incredible speed. Juan Pablo Montoya’s 1:24.770 withstood the test of time, but it’s not known whether modern cars on a dry track would beat this time. Pedro de la Rosa, who raced once with McLaren in 2005, set the fastest time in Bahrain, which still stands to this day.