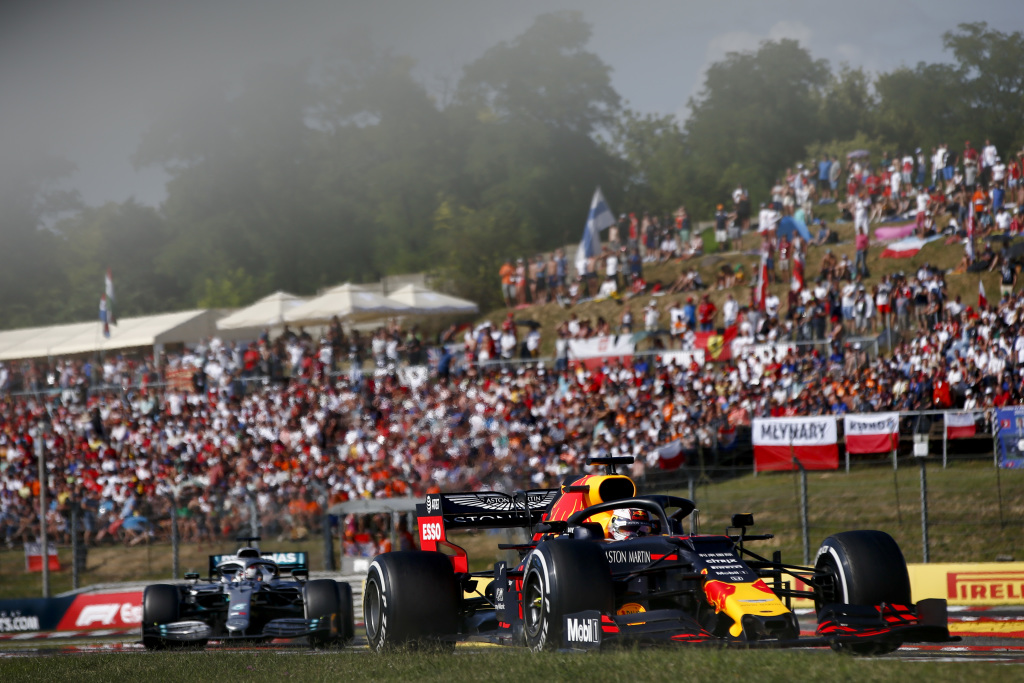 Hungarian Grand Prix: Five reasons to be at the race in Budapest

Will Longman 11 May 2021
Check our the top five reasons to visit the Hungarian Grand Prix at the Hungaroring just outside Budapest for a thrilling Formula 1 race.

Throughout the last four decades of Formula 1 racing, the Hungarian Grand Prix at the Hungaroring has been a constant.

A favourite of the drivers for its technical requirement while also allowing them to overtake, fans love the atmosphere and the proximity to Budapest. While tourists flock to Hungary’s capital for long weekend breaks all year round, motorsport fans are able to couple their trips with one of the most popular races of the year.

With all the drivers looking to make their mark right before the summer break, this is a great summertime race for fans to soak up the sun and atmosphere. Before you book your tickets to the race, here are our five top reasons why you should be there.

Five reasons to be at the Hungarian Grand Prix

Budapest is a favourite for those looking to getaway for a short and affordable weekend break. You can book a flight from London with a budget airline for less than £50, and the prices often don’t change across the race weekend either. And for fans already in Europe, it’s an easy race to drive to, with many racing fans from the Netherlands or nearby Poland also opting to visit the Hungaroring. And once you arrive in Hungary, things remain pretty cheap. A pint of local beer will cost around £1.20, with a typical meal setting you back less than £5.

The Hungaroring has played host to some of Formula 1’s most dramatic days. While Damon Hill took his first F1 victory in 1993, he had it cruelly snatched away in 1997. After a dominant race, a hydraulic issue affected his gear changes, and he lost the victory to Jacques Villeneuve. But delve back deeper into the race’s history, and you’ll find one of the greatest moves ever made in a Formula 1 car. Nelson Piquet sensationally manoeuvred his car around Ayrton Senna’s, slipping and sliding across the road as he took the lead around the outside at the first turn. It was a move that garnered its reputation as one of the best first turns on the calendar.

Just half an hour from Budapest

The capital city of Hungary is home to 33% of the county’s population, and as such, is abuzz with history, culture and atmosphere all year round. Visit the Fisherman’s Bastion, a gothic castle built to celebrate the 100th birthday of the state, take a stroll along the Danube, Europe’s second-longest river, and take in some traditional Hungarian markets. The circuit is located just 30 minutes by train from the city, and a free shuttle bus is on hand to complete the final leg of the journey. So you can explore the race and the city on one mega weekend.

The Hungaroring was built in the ‘80s and was originally planned to mimic Monaco’s Monte Carlo circuit. You can see how that is reflected, as it’s a ferociously fast track where the drivers can’t put a foot wrong, but with more overtaking opportunities along the way. It comprises of a long front straight, a few looping hairpins where the drivers must control the car with precision, and quick, sweeping sections that can spell the end of your race if you lose control. The drivers love it here as much as the fans love visiting.

It wouldn’t be a trip to a Formula 1 race without sampling the local cuisine. The food is full of spice and rich meats, while the drink includes some favourites around the world. You’ll be sampling traditional goulash, the country’s most famous dish and one that has become iconic throughout central Europe. Similar to a stew, beef is slow-cooked with vegetable to create a delicious gravy-like sauce. Also try Fisherman’s Soup, like a seafood alternative to goulash, and Lángos, which is a deep-fried bread dish. To wash it down, palinka is a strong fruit brandy while Unicum – a savoury aperitif – is a favourite amongst locals.

Like the sound of these five reasons? There are dozens of more reasons to discover on your visit to the Hungaroring. Book your tickets for the next race in Budapest.