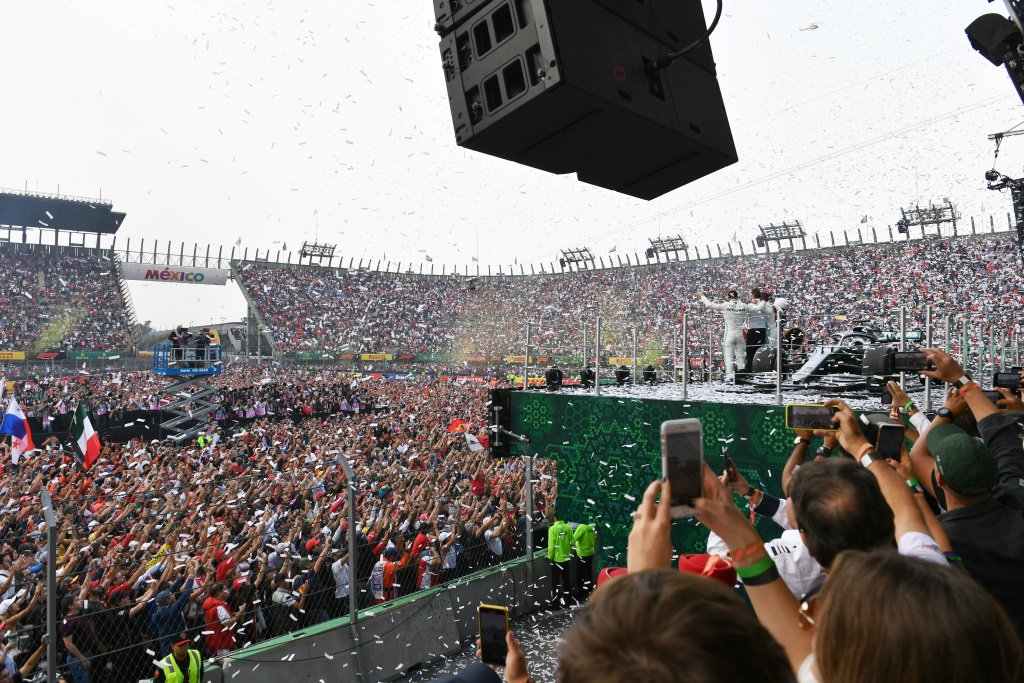 Mexico F1 Travel Guide: What to do in Mexico City on Grand Prix weekend

Information about the Mexico F1 Grand Prix including how to get there, where to stay, where to sit and what to do in Mexico City

The Mexico F1 Grand Prix is a unique one. It’s home to some of the most passionate fans on the planet, a great circuit, and has been the site of a championship-deciding race.

Taking place in one of the most vibrant cities in the world, at the same time as a huge national holiday, visiting Mexico City during Grand Prix weekend is something that should be at the top of any F1 fan’s bucket list.

How to get to the Mexico City F1 Grand Prix?

Both Mexico City International Airport and the Autódromo Hermanos Rodríguez are in the heart of the capital. The busiest airport in the country is a route with major airports across the world: London-Heathrow, Amsterdam, Frankfurt, Paris, Madrid and JFK in New York among some. Flights from Europe will take around 10-12 hours direct, while flights are also available from various US airports.

Once you touch down in Mexico, it couldn’t be easier to get to the circuit. If you were to head directly to the track from the terminal, you could walk in less than an hour. Just 5km from the airport, the circuit is in a very central location, and just another 5km from the historic centre of the city.

Where to stay for the Mexico F1 Grand Prix

Mexico City is the fifth most-populous city in the entire world. As a result, there are plenty of neighbourhoods and areas to explore in Mexico.

The best for newcomers to the city is Roma. The residential area is authentic Mexican, packed with shops, bars, cafes and parks, as well as some great hotels. Check out the Brick Hotel or Hotel Hipster for some great places to stay.

For families, Juarez is the best area. While the nightlife may be vibrant, the streets are calm and pleasant during the daytime. While the Four Seasons is a classic luxury hotel, and one of the best in the city, Suites PF is an affordable middle-priced option.

Mexico City is home to some stunning architecture. The Palacio de Bellas Artes is a striking white marble palace, home to an art museum and performance hall, built in the 1930s. With the Grand Prix weekend falling on Día de Muertos (‘Day of the Dead’), there will be plenty of performances and celebrations to check out.

Día de Muertos is a holiday where Mexicans get together to remember and celebrate the lives of lost loved ones. So it couldn’t be a better time to visit, as Mexicans know how to celebrate. When Mexico beat Germany at the 2016 World Cup, the celebrations triggered a ‘seismic’ event that registered on earthquake detectors. We’d recommend heading downtown to soak in the atmosphere of the parade – which was inspired by the opening scene of James Bond film Spectre. You could also head to the main square (Zocalo) to appreciate the grand ofrendas, which are altars that honour the dead.

Other great things to check out year-round and on Mexico F1 weekend are the Floating Gardens of Xochimilco. Here you can rent a boat and travel along the river, enjoying drinking traditional pulque and enjoying the music of mariachi bands floating on by.

Two of the most iconic grandstands in the F1 calendar, let alone at this circuit, just so happen to be two of the most affordable options. The Foro Sol North and South grandstands make up the famous stadium arena. Not only do you get a perfect view of the cars as they navigate their way between the two stands, but this is where the party gets going during the huge podium celebrations.

Elsewhere, the four Gold grandstands are situated at the end of the long straight. This makes them the perfect vantage point for first-lap chaos, which we’ve seen at Mexico before.

What is there to do trackside at the Mexico City Grand Prix?

As is customary with modern Formula 1 events, there’s plenty going on around the Mexico F1 circuit. This includes the fanzone stage, which will host appearances from drivers throughout the weekend. Fans will also get the chance to put their skills against their friends with the Esports zone.

Will Longman 16 November 2020
SHARE THIS POST
Popular posts
Which Grand Prix Are You: Take the test to find your perfect event F1 2021 calendar: New races added as Vietnam Grand Prix postponed British F1 Grand Prix quiz: How well do you know Silverstone? Kanato Le: Why I left Japan alone at 13 to race in the UK Portugal F1 Grand Prix: 5 reasons to be at the race in Portimao MotoGP 2021: Provisional race calendar announced

Will Longman
16 November 2020
Popular posts
Formula 1
Which Grand Prix Are You: Take the test to find your perfect event
Finding the perfect motorsport event can be overwhelming. Take our Which Grand Prix Are You? personality test to find your perfect Grand Prix
Formula 1
F1 2021 calendar: New races added as Vietnam Grand Prix postponed
See the F1 2021 World Championship calendar in full, including dates and ticket information for all Grand Prix around the world
Formula 1
British F1 Grand Prix quiz: How well do you know Silverstone?
Home of the British Formula 1 Grand Prix, test your knowledge of the legendary Silverstone circuit with this interactive quiz.
Insight
Kanato Le: Why I left Japan alone at 13 to race in the UK
Go-karter Kanato Le on why he decided to leave his homeland of Japan alone at the age of 13 to go racing in the UK and Europe.
Formula 1
Portugal F1 Grand Prix: 5 reasons to be at the race in Portimao
For the first time, Portimao will host the Portuguese Formula 1 Grand Prix in 2020. Here's why you need to book tickets for this tantilising race.
MotoGP
MotoGP 2021: Provisional race calendar announced
See the full list of races MotoGP has planned for the 2021 season, and get the latest information on how to buy tickets to see the races live.
Consumer Protection
Accepted Payment Methods