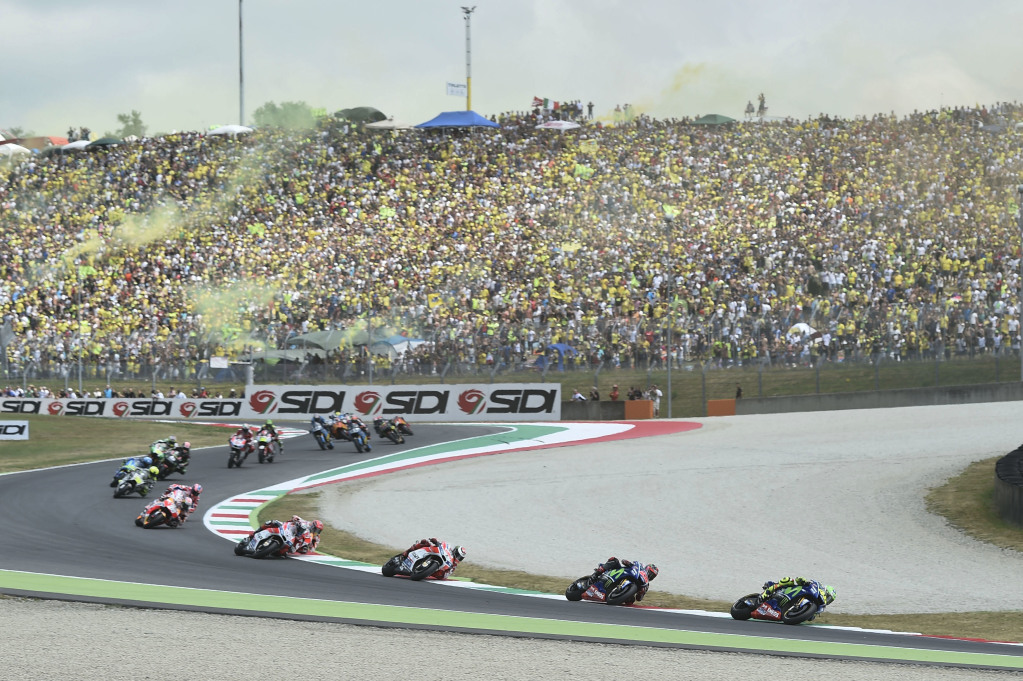 Will Longman 1 November 2021
Check out the best MotoGP races to attend in 2022, with information on tickets, circuit and surrounding areas. Find out how to book tickets.

MotoGP is looking to get back to a more ‘normal’ season in 2022, with a full calendar announced seeing the return of some of our favourite tracks.

The likes of Argentina, Japan, Thailand and Australia return to the schedule to host races for the first time in two years. That means MotoGP will return to iconic tracks like Philip Island in Melbourne or Twin Ring Motegi in Tochigi.

They will be back alongside the likes of Silverstone, Catalunya, Misano, Assen, Valencia and Mugello. The riders will also have two new circuits to tackle in Finland and Indonesia.

If you’re never been to a MotoGP race before, it can be quite a minefield to choose which race you should book tickets for. We’ve picked out seven races that are perfect for newcomers to the sport to get you started. Find out more about them, including what the circuit is like and what you can do besides watching some epic bike action.

We start, at the end. Spain hosts four MotoGP races throughout the year, but the event in Valencia brings the curtain down on hard season’s work.

The Circuit Ricardo Tormo hosts the final race of the year, with capacity crowds of 150,000 generating a mega atmosphere for the occasion. The circuit has a unique stadium section around the perimeter of the track. Not only does this add to the atmosphere, but gives fans a huge array of vantage points of every corner. There isn’t a single bad spot to see the race here.

Out and about away from the circuit, Valencia is a spectacular city to visit. Despite the race taking place in November, temperatures will still hit the low-twenty degrees Celsius. It’s a historic city, with the breath-taking Central Market and cathedrals to marvel. But when the sun goes down, it’s the perfect place for MotoGP to party, with a bustling nightlife full of cafes and bars full of character. If you’re looking for a winter getaway with some racing action, this is the race for you.

If you’re looking for a larger-than-life party atmosphere, then you’ll want to book your tickets to the Netherlands. The world may have been taken aback by the mega atmosphere at the Formula 1 Dutch Grand Prix in 2021, but MotoGP fans would have been more acclimatised to the crazy Dutch fans.

The Dutch are as passionate about partying as they are about their motorsport, and the historic TT Assen race is a highlight of the calendar. Nicknamed ‘The Cathedral’, the Circuit Assen is the only track to have hosted a MotoGP race every year since the championship was created in 1949.

While the town of Assen is nearby, most fans will camp by the circuit, where stages are set up with dance music acts fuelling the party throughout the night. If you want as much action off the track as you do on the circuit, Asses is the place to be.

Misano has always had a special place in the hearts of MotoGP fans. Not only is it the local race of legend Valentino Rossi, but also the home track of the late Marco Simoncelli – whom the circuit is officially named after.

The track features a number of long straights that gives riders the opportunity to reach top speeds of up to 302.5km/h, with an average speed of over 160km/h. There are 16 turns for the riders to navigate, with a couple of hairpins proving perfect for overtaking.

Under the September sun, fans will rub shoulders with the many holidaymakers who descend on the beautiful Riviera Di Rimini. Making the most of the beaches along the east Italian coast, many supporters will combine a summer break with the race weekend.

If you’re thinking about combining your race with a major trip, you could consider a once-in-a-lifetime trip to Malaysia. Back on the calendar after two years’ absence away from the MotoGP calendar, fans and riders will be ecstatic to get back to one of their favourite tracks.

The Sepang International Circuit is an uber-fast track, with a long 1km back straight followed by a tight hairpin leading back onto the main straight. That means the riders can reach enormous top speeds of almost 340km/h.

The Sepang track is pretty much across the road from Kuala Lumpar International Airport. So anyone who wants to embark on an adventure in the Garden City of Lights will have no issue making the race a part of their plans. Explore the lagoons, caves and extraordinary city of Kuala Lumpar before taking your seat for an exhilarating penultimate race of the year.

International motor racing has captured the imagination of the American public in recent years, and MotoGP is no exception. The Americas MotoGP is the only opportunity for North American motorbike racing fans to see the world’s fastest bikes in action.

The Circuit of the Americas is one of the most exciting tracks in world motorsport. Modelled on corners from some iconic circuits such as Silverstone, Hockenheim, Interlagos and the Red Bull Ring, it’s a flowing mix of high-speed bends and slower sections. While there have been concerns around bumps affecting riders in previous years, there are talks about resurfacing to resolve this for the next race.

Aside from the action off track, this race is wildly popular due to its location. Austin is one of the most vibrant cities in America, and fans get to enjoy the music, BBQ and larger-than-life vibe alongside the race weekend.

There are big changes afoot for the Austrian MotoGP race in 2022, which will be set to increase the safety and excitement for the thousands of fans who descend on the Styrian hills every year.

This short circuit has a quick lap time of around 1 minute and 25 seconds, with good overtaking opportunities all over the track. We’ve even seen three-bike battles for the lead turned on their head into the last corner here, so exhilarating racing is guaranteed. To increase safety at the tight, uphill turn 3, a brand new chicane will be introduced on the second straight next season, which may slow lap time but should also increase chances to overtake.

For fans heading to the Austrian mountains, camping is pretty much the only place to be. Thousands of racing fans will road trip on their own bikes through the picturesque Austrian mountains and meet in the campsites for a weekend of action.

The second of four Spanish MotoGP races takes place at the Circuit de Barcelona-Catalunya, in the Catalan capital. Fans heading to the race will be treated to a pulsating race, and an equally exciting weekend in the city.

Races have been held at the circuit since 1996, and has always provided an extremely quick lap with very few hard braking zones. The riders demonstrate how nimble their bikes are with a variety of high-speed corners to push their bikes to the limit. The average speed of the bikes is 166km/h, with top speeds of 355km/h possible along the straights.

After the race, Barcelona has everything you could hope for from a city break. Vibrant bars, historic sights like the Sagrada Familia, and a whole host of sandy beaches to catch some early summer sun.

Want to see more MotoGP races you can visit in 2022? Head over to our MotoGP series page for all available tickets.