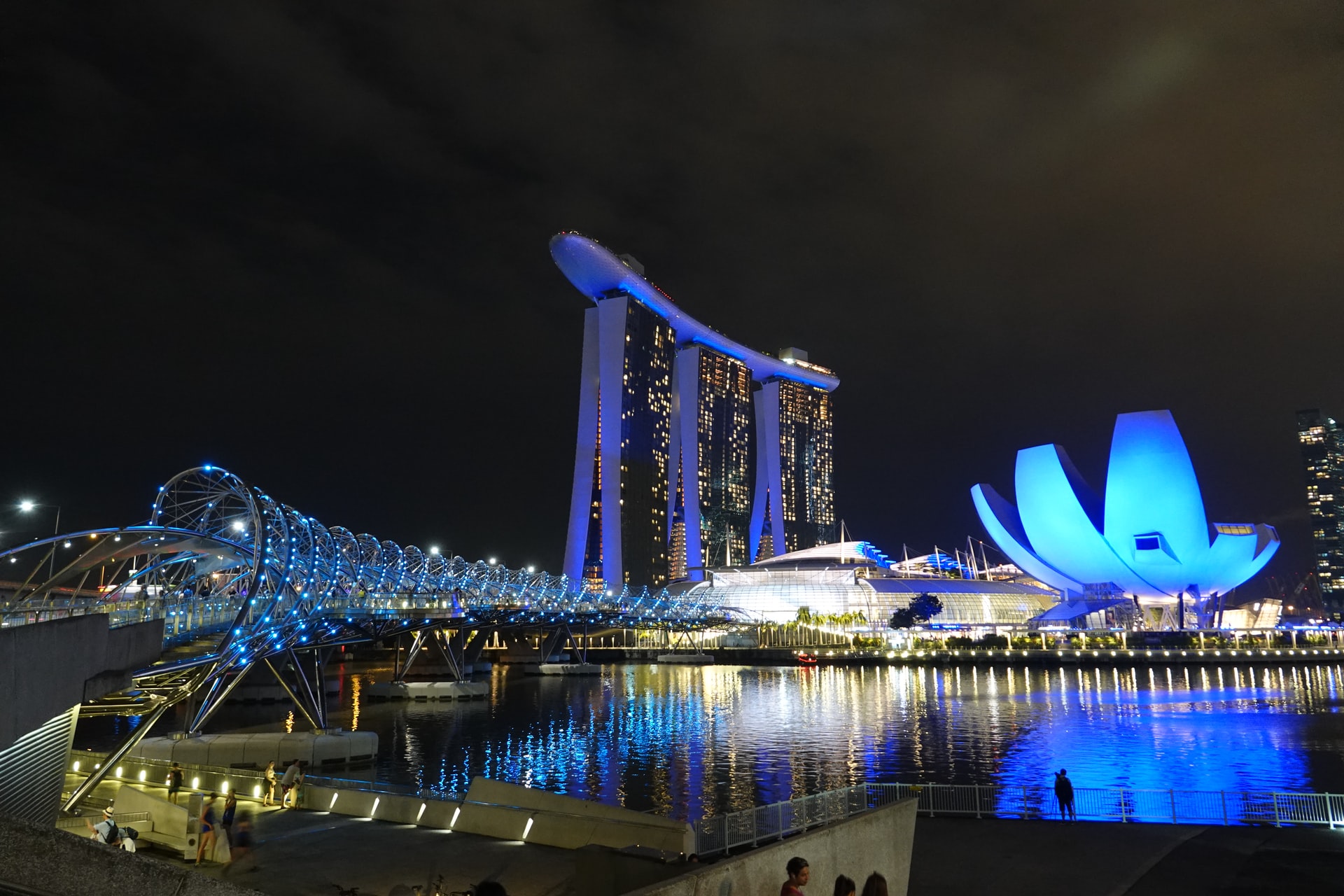 Singapore Grand Prix: 10 things to see and do on race weekend in Singapore

7 Apr 2021 Will Longman
Discover 10 great things to experience in Singapore, from nature trails, to river and trishaw tours, restaurants and more

The Singapore Grand Prix is a race all Formula 1 fans look forward to. For drivers, it’s a tormenting two-hour marathon through the streets of Singapore, that has led to exhilarating races since its debut in 2008. As the race all drivers train towards over the year, this is one they’re desperate to win.

For fans, it’s an opportunity to discover an incredibly vibrant city. From the bright lights of Marina Bay, to its exquisite natural landscapes, racegoers are spoilt for choice. This isn’t a race for a short weekend break; this is a race to savour as part of a longer trip.

So to help with your itinerary, we’ve picked 10 of the best things to see and do while you’re in the city for the race. Once you’ve booked your tickets for the Singapore Grand Prix, be sure to book some of our best picks here to make sure you don’t miss out.

10 best things to do in Singapore

The Singapore Grand Prix is held on a circuit adjacent to Marina Bay, but turn the clocks back 50 years, and there would have been nothing but ocean where we go racing today. The land reclamation project began in 1969, and created 360 hectares of land before its completion in 1992. It became the new Downtown district of Singapore, with a ‘work, live, play’ ethos. Naturally, as a base for Formula 1 fans on race weekend, many of the items on this list aren’t too far from the Bay.

Marina Bay’s Street Circuit was opened in 2008, and takes in a number of Singaporean landmarks. It passes the Singapore Flyer – a giant observation wheel 100ft taller than the London Eye, the tight Anderson Bridge and the world’s largest floating football stadium.

Gardens By The Bay

Throughout the city, Singapore is full of beautiful botanical space. One of the largest is Gardens by the Bay, which houses three separate gardens. One of which is the Bay South Garden, spanning a massive 54 hectares, and features the Flower Dome: the world’s largest greenhouse that’s as big as 75 Olympic swimming pools. For race fans looking for some respite in a bustling city, the Gardens provide a serene break.

Yep, it’s the ‘skyscraper cruise ship’. One of the iconic landmarks of the city, the resort was opened in 2011, and is complete with a shopping mall, casino, and celebrity restaurants including Gordon Ramsay’s Bread Street Kitchen. Skypark is the cruise ship style deck atop the three towers, offering breath-taking views across Singapore. While the infinity pool is a luxury exclusive to hotel guests, the Observation Deck offers tourists a drink with a view, 57 storeys up. The resorts nightclubs, bars, futuristic light show and canal cruise are open to all.

We’ve already mentioned the Singapore Flyer, which towers 561ft above the city. But the problem with Ferris wheels has always been that they don’t go anywhere. A good job, then, that Singapore has an epic cable car system. The Mount Faber Line takes you through the stunning rainforest with views of the harbour. The Sentosa line takes you through the city, with a bird’s-eye-view of the sandy beaches. There are loads of spots in Singapore to snap a perfect selfie, and most of them are aboard the cable car.

While a whistle-stop cable car trip through nature is enough for some, but what if you want to get up close? The MacRitchie Nature Trail is your answer. A popular spot for water sports and runners, the Tree Top Walks offer the chance to walk 250-meters above the foliage from a suspension bridge. While the 11-kilometer loop known as MacRitchie Trails are the perfect place to spot long-tailed macaque monkeys, lizards, and colugos (flying lemurs!).

Find out more about the MacRitchie Nature Trail.

If you’re looking to kill a few hours on an evening, head for Clarke Quay. Lining the Singapore River, the Quay is packed with restaurants and bars against the calm riverside. Keep in mind that alcohol is not served late at night in Singapore, so if you plan on spending the evening bar-hopping, arrive early. Many of the bars here have a happy hour from around 7pm, and the action winding down at around 1am.

During the Second World War, Singapore was at the centre of a conflict between Allied and Axis forces. For two months from December 1941 to January 1942, a series of land battles were fought between British Commonwealth forces and the Imperial Japanese Forces. During the course of the battle, the Japanese gradually took control of the area, but the Fort Canning Bunker was a key headquarters for the British. More than 20 rooms constructed within 3-feet of reinforced concrete protected Generals planning for battle. In the present day, it houses a war museum within this authentic war bunker and unlocks a genuine piece of Singaporean history.

Book tickets for The Battlebox here.

Just outside of Marina Bay (approx. 10 minutes by road) is Singapore’s East Coast Park. It was opened in the ‘70s as part of the country’s land reclamation project. At 460 acres, it’s the largest park in Singapore with a luscious manmade beach. It has everything you’d want from an escape from the city bustle: waters for swimming, BBQ pits, cycling and skating tracks. For anyone anchoring the Singapore Grand Prix to a longer holiday trip in the city, East Coast Park will become a regular haunt.

Tour the city by road or water

When you arrive in Singapore, you might be eager to see as much of the city as you can. It’s a vibrant city full of unique things to see and do, but where do you start? There are two ways to get a feel for the city very quicky. Trishaw Uncle is the only licensed tour operator of its kind in Singapore, and tour four different districts: Little India, Chinatown, Kampong Glam and the Singapore River. A knowledgeable tour guide is by your side to cycle you around the city, miles better than an automated audio tour. For those who want to see the city from the water, Singapore River Cruise tours the Marina and Clarke Quay. As is passes Marina Bay Sands, this is the place to see the jaw-dropping nightly light show.

In the 1800s, this district of the city was the Muslim quarter. The Sultan of Johor lived here amongst a rich, multicultural community. Now, it is one of the city’s trendy hotspots. It’s full of independent shops and cafes, which is a refreshing change from Downtown’s commercial hubbub. You’ll also find cultural highlights here, including Singapore’s biggest mosque, Sultan Moqsue, and the truly hipster Vintage Camera Museum.

Ready to book your race tickets?